I’m a big horror fan. I’m by no means a buff, and if you quizzed me on Clive Barker’s oeuvre, I’d probably fake a call on the other line then hit up IMDb, unless we were face to face in which case I’d be screwed, but I am a lover of the finest cinema the blood ‘n guts guys have to offer.

Which is probably why I’ve been disappointed in the last eight or nine years of horror filmery. See, I’m an 80s horror purist. I like them to include the following things: blood, swearing, some titties for the menfolk and, most importantly, humor. Being scared should be fun. It’s why we ride rollercoasters and visit haunted houses. Fun is fun, and it’s fun when it’s fun. What’s not fun is Dawn Wiener being hung upside down and bleeding all over a woman in a bathtub who is getting off on it, Eli Roth, you crazy bastard. I guess Cabin Fever was just a little too joyful and awesome, which gets in the way of hateful brutality.

That’s pretty much the case with most mainstream horror flicks in the last few years. They’re so hellbent on being gritty and realistic that they become these hyperserious snuffs that just kind of bum me out.

Now I want to get one thing out of the way now: I’m not referring to the Saw series. Yes, I, Courtney Enlow, am part of the problem and I will see every Saw movie they release (unless Saw 5 was a sign of things to come. Your big twist is poor city planning? Really, Saw? Really?) and I am also completely against the term “torture porn.” I refuse to use that phrase for the same reason I refuse to use the word “tween,” because it is largely dismissive and a fairly broad generalization (and because I did not spend four years at art school to emerge without even a tiny rejection of the popular and commonplace; that would just be crazytalk).

In my mind, it started with the Texas Chainsaw remake, starring Jessica Biel’s sweaty breasts. It really kicked off this trend of the prosthetics team showing off how insanely realistic they can make axe wounds, and the props team creating super gross and dirty locations (which in fairness is actually terrifying to your painfully OCD writer), while the writers and director leave out any trace of anything borderline amusing or entertaining.

Between that movie and its sequel/prequel/dumbass follow up, as well as movies I actually like, like House of a Thousand Corpses, recent horror has been more like Salo than Slumber Party Massacre. But then we have the other offerings of the genre – the horrible PG-13 remakes of foreign movies. Now here’s the thing, I’m all for remaking a horror film. I love foreign cinema, really I do, but it is really hard to read subtitles with your hands over your eyes. So I get it. I just don’t get the PG-13 part. That’s where you lose me. If some ghost child is coming after you, you will let loose a barrage of horribly offensive obscenities, Sarah Michelle. You will not just get wide-eyed and gaspy.

All that said, this year has given me hope. My Bloody Valentine (3-fucking-D) was super fun, and I can’t say enough about the Friday the 13th reboot, mostly because I’m the only one saying anything good and I think I’m compensating. That movie had it all – humor, badass killings (save for a wasted woodchipper, which I’m still bitter about – you DO NOT put a woodchipper in a movie and not throw someone in, it’s just wrong), and best of all it had frat boys getting the shit killed out of them. And that’s fun. I don’t want to see the pathetic stripper mom shoot herself because her kid’s going to put on a Shatner mask someday and terrorize all of Haddonfield. I want to see campers getting their asses macheted.

With those, and next month’s release of Drag Me To Hell, my most anticipated movie in a long time and a return to genre-al awesomeness, as well as a bunch of others that show promise (including a new Final Destination, because god dammit, I love Final Destination), I thought it would be best to celebrate the only good things about these shit films – their posters.

Note: I could not in good conscience include the posters for terrible movies like When a Stranger Calls and Stay Alive, because while I’d rather look at a giant un-Photoshopped picture of Mickey Rourke’s face than watch those again, their art teams couldn’t even give us that for their poster. No, the marketing geniuses behind the following deserve to be celebrated because they may have been the only competent people who had anything to do with their respective films. Join me in giving them their due. 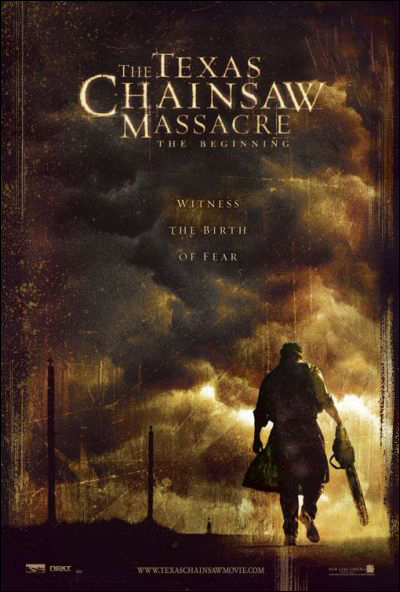 Look at Leathy. He’s just on a super caszhe walkabout with his favorite toy on a really prettily cloudy old timey day. No hint of motorcycle enthusiasts getting their legs cut off or any of that other mess they called a movie. Though I would have enjoyed this poster a bit more if they’d advertised the fact that it starred Oliver from The OC because getting the guy who faked a suicide attempt in order to snare Marissa Cooper is a huge coup. 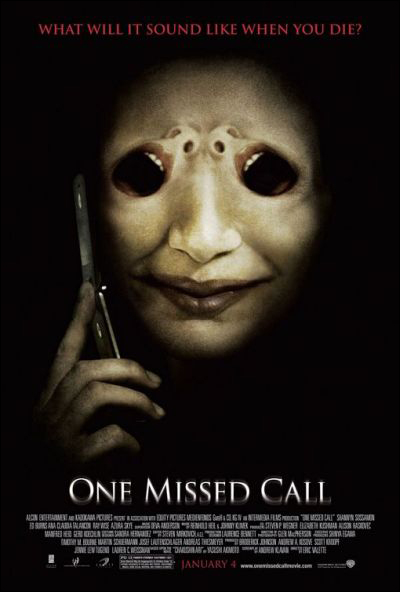 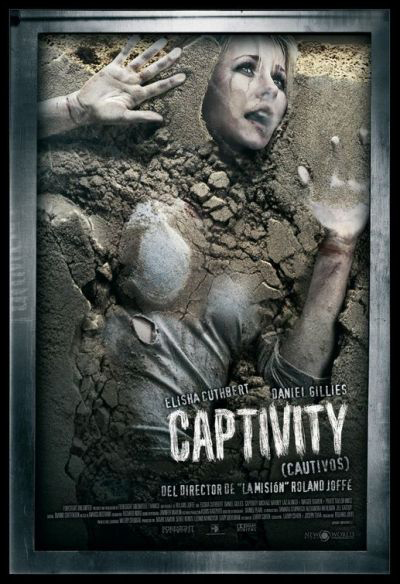 This is obviously not the US poster, which my eyes were so daily raped with on my morning commutes on the el. Those posters, featuring Elisha Cuthbert in various stages of seducing you while sexily being tortured, were not good, which is probably why no one saw this movie. This one, however, is kind of awesome. And I’m pretty sure that’s not Elisha Cuthbert. She was probably hiding from a mountain lion or whatever it is she does in her off-time. 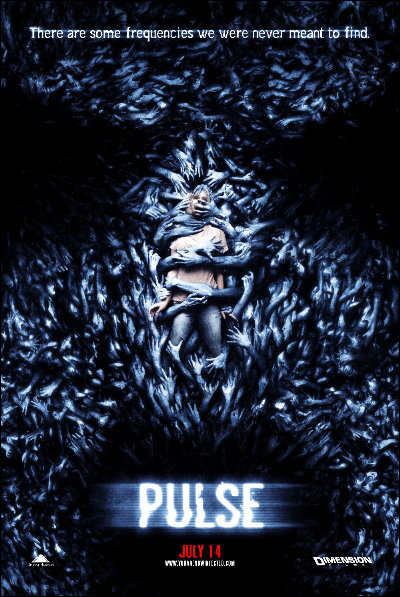 LOOK AT THAT. That is Kristen Bell being attacked and held down by lots of devil-Smurfs. Who wouldn’t see that movie? Strangely enough, the trailer for another movie that fills me with stokedness, Von Trier’s Antichrist, features a scene that looks a bit like this. I like to think Lars Von Trier, father of the dogme movement, saw this poster and thought “that’s effing badass. I’m going to film the same thing with Willam Defoe nailing some broad instead of the blonde chick.” 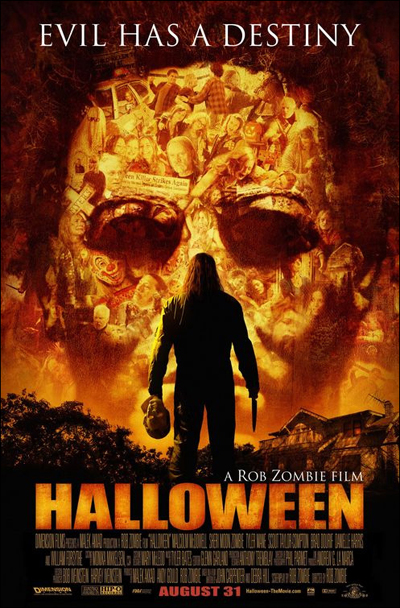 Okay, I know a lot of people really liked this remake. I hated it. A lot. Look, Rob, buddy, we get that a Southern person kicked your dog or stole your lunch money and that the popular chicks weren’t into your righteous hair or something, you’ve made your point. There’s really no need to harp on about it anymore with movies filled completely with hateful characters. Now in the first two, it kind of worked. With this one, I didn’t even get the feeling until the end that we were supposed to NOT want new-Laurie Strode dead. Because I really thought her and her friend were the bad guys. Annoying, twatty, uber-nude bad guys. That said, this poster is pretty good. Because it has a collage. I like collages. I had one in my room when I was fifteen that had flowers and John Cusack pictures. This is pretty cool too. 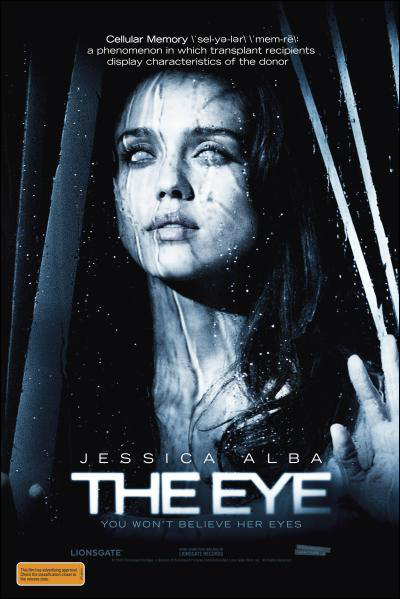 Blind people are super scary, guys. It’s right there in the tagline. “You won’t believe her eyes. They’re all glazy and shit.” Did you see Road House? Because I’m pretty sure that was actually a horror flick with Jeff Healy as the monster. This poster could only be better if it had been this image instead: 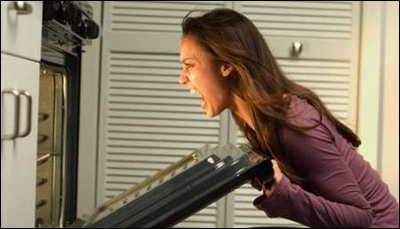 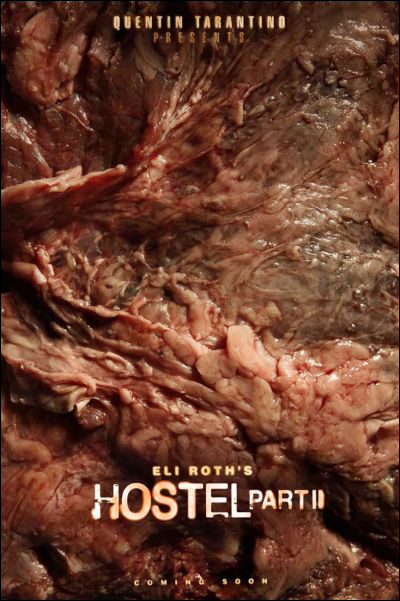 You know what I like in a poster? Two things: A) when I don’t know what the fuck I’m looking at, and B) when whatever it is I’m looking at makes me very hungry for Texas Roadhouse. 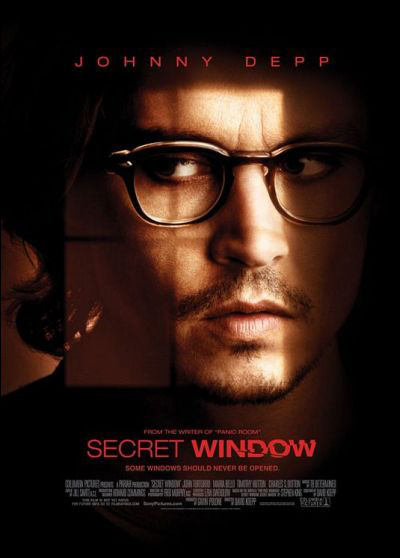 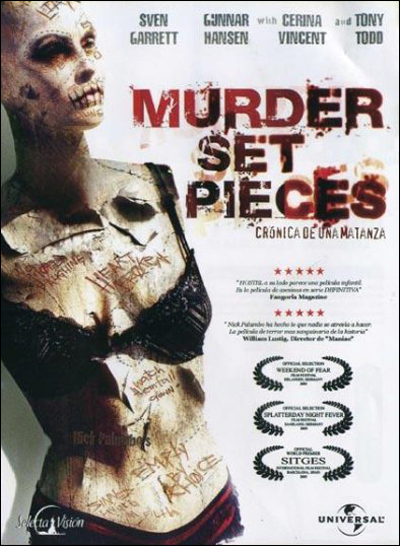 A lesser known, and consider yourself lucky because MAN it was dull. Literally put me to sleep. But if the whole movie had been been an armless version the doll from May in a bra staring off at nothingness, then maybe I would have stayed awake.

2. The Haunting in Connecticut 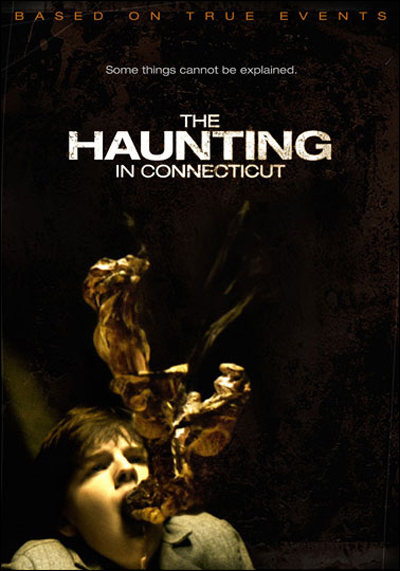 In fairness, I have not seen this movie. But I refuse to believe it could possibly be any better than a kid vomiting a large ginger root. 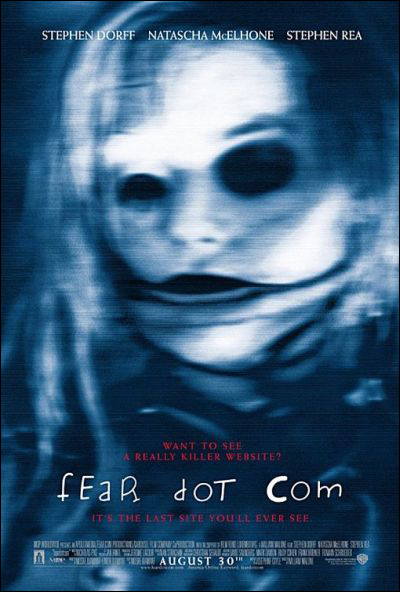 I take back what I said in #10. Nothing is scarier than an eyeless person. This movie was just all kinds of forgettable, but I still have nightmares about this poster, so congrats Fear Dot Com. Someone remembers you exist.

Now please excuse me, my cell phone is trying to kill me.