With 2010 quickly coming to an end, this week I decided to take a look at the highs and lows on television this past year. For this list, I decided to break things up into three different categories – the best new shows, the best returning shows and the most disappointing shows of the year.

The reason I call the last category the “most disappointing shows” of 2010 instead of the “worst shows” is because I’m only going off of the shows that I actually watch. I am sure that there are plenty of terrible shows out there right now that I am blissfully unaware of because I’ve never bothered to watch them. Also, there are shows like It’s Always Sunny in Philadelphia that I bailed on several seasons ago because they continued to get worse and worse each week. So the shows in the final category are all shows I still watch on a regular basis, but was unimpressed with in 2010 for various reasons.

Anyway, without further ado, here are the best and most disappointing shows I watched this year. If you vehemently disagree with any of my choices, feel free to tell me how wrong I am in the comments section …

5. Raising Hope
Considering how quickly I got burned out on My Name Is Earl, I’m amazed at just how much I ended up enjoying Greg Garcia’s new show about a young lower class single dad trying not to make the same mistakes his parents did when raising him. The show just works though. The baby is adorable, Shannon Woodward is gorgeous and Martha Plimpton and Garret Dillahunt are fantastic as Jimmy’s parents. And, most importantly, the show is really funny. I don’t know how many seasons they can get out of the concept (especially once Hope grows up and isn’t as cute anymore), but it’s definitely working so far.

4. Boardwalk Empire
Whenever you have Martin Scorsese and Sopranos writer Terence Winter teaming up to make a show about Prohibition gangsters, you know it’s going to be good. Having Steve Buscemi as the lead and Michael K. Williams (Omar from The Wire) playing a bootlegger is just icing on the cake. The season was slow to start, but it became really compelling and exciting as it progressed and ended on a strong note.

3. Treme
The biggest knock on Treme is that it’s not The Wire. But it’s not supposed to be. For his show about musicians in post-Katrina New Orleans, David Simon decided to tell a simpler story, so he toned the complexity of the show down by introducing less characters and writing less complicated stories. Treme may never be as good as The Wire, but a watered down David Simon show is still better than 95 percent of the shows on television. Plus, having weekly doses of Wendell Pierce, Clarke Peters and John Goodman is a very good thing.

2. Justified
As the makers of Deadwood realized early on, having Timothy Olyphant play an unstable cowboy hat wearing lawman is endlessly entertaining. Justified takes Olyphant’s Deadwood persona into modern times with its lead character, U.S. Marshall Raylan Givens. While Olyphant was great in the role, equally as fun to watch was Walton Goggins as Raylan’s adversary Boyd Crowder. Making things even better, Justified decided to shake things up by having Raylan begin to question his trigger happy ways as the season progressed, which added a really fascinating dynamic to the show. Plus, it made the times when Raylan did decide to pull his weapon that much more impactful.

1.Terriers
This show was the perfect mix of comedy and drama. Donal Logue and Michael Raymond-James, who starred in the show as low tech private investigators, had an amazing buddy comedy chemistry that gave Terriers countless comedic moments. In fact, Logue was perfect in the lead role – he was able to effortlessly switch gears from the comedy to the serious dramatic scenes. On top of that, the writing was fantastic – the overall story arch of the season was compelling and the show rewarded you for getting invested in it and paying attention to the little details. Plus, having Neal McDonough make a cameo in the finale playing a pivotal role was perfect casting.

This was such a wonderful show that no one watched. Sadly, it was canceled earlier this week. I have a feeling that, like Firefly and Freak and Geeks and so many other great shows, eventually people will discover Terriers on DVD and it will develop a cult status, but that doesn’t really do anything to help my endless disappointment that I only got one season of these fantastic characters and the colorful world they inhabit. 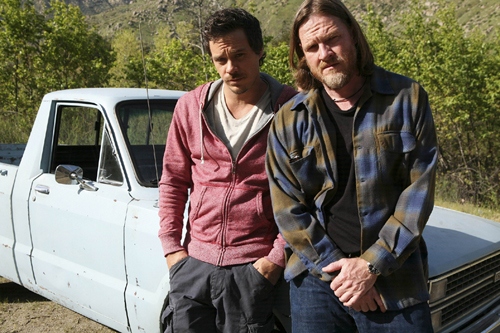 5. Doctor Who
Replacing David Tennant was no easy task, but Matt Smith proved to be a really great Doctor and Karen Gillan is both lovely and interesting as his companion Amy Pond. But what really impressed me about the show this year was the writing. Steven Moffat gave fans a lot of really fantastic episodes and, even without Tennant, this season was easily one of the strongest ones in recent history.

4. Mad Men
I never tire of watching Jon Hamm play Don Draper and Elisabeth Moss play Peggy Olson. They are both phenomenal in their roles and their relationship with each other is one of the best platonic friendships on television. Plus, this show is consistently well-written and entertaining. Mad Men wrapped up its fourth season this year and it shows no signs of slowing down anytime soon.

3. Chuck
Last season of Chuck was a very rocky one. Brandon Routh’s character Daniel Shaw never really clicked and the show’s efforts to keep Chuck from landing Sarah just became tedious. But Shaw is finally gone and the writers decided to just let Chuck and Sarah be together, which made things better. But what really has made this season so great is having Linda Hamilton playing Chuck’s mom and Timothy Dalton stealing every scene he’s in as supervillain Alexei Volkoff.

2. Breaking Bad
While I couldn’t help but feel like the finale of season two was a big cop out, season three of Breaking Bad completely made up for it. This season was compelling from beginning to end and the finale was absolutely perfect. No other show on TV right now builds dramatic tension quite as well as Breaking Bad does. The show gives you so many “edge of your seat” moments that it’s impossible to relax at any point during an episode. On top of that, the episode “Fly” was probably the best hour of television on the air in 2010.

1. Community
This is, by far, the best comedy on television right now. Season one was enjoyable, but by dropping the Jeff-Britta romantic subplot and officially morphing Troy into a dork instead of a jock (and pairing him with Abed as often as possible), they have made the show so much better in season two. Plus, while the entire cast is really great, they’ve realized what a goldmine they have in Donald Glover and have been giving him some great material to work with. (For the record, I will never tire of watching him talk while crying hysterically.)

What I really love about Community though is how versatile it is. For their Halloween episode “Epidemiology,” the writers were able to do a full blown zombie attack plotline and for “Aerodynamics of Gender” they did a ridiculous parody of space films, but they can also dial it back and do a “bottle episode” like “Cooperative Calligraphy” or a quiet, melancholy episode like “Mixology Certification” and make it just as entertaining. 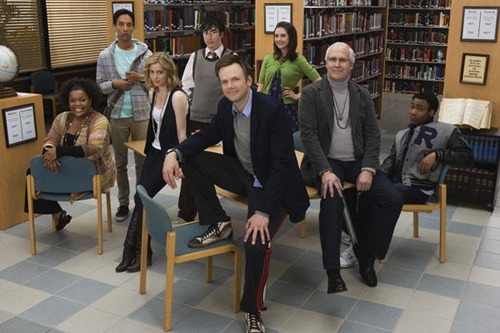 Most disappointing shows of 2010

5. Family Guy
This show is such a shell of its former self. It’s bad enough that the majority of their comedy comes from a “Seltzberg parody” style of comedy that involves simply referencing something that people remember without actually coming up with a joke about that thing, but just as often these days Family Guy is just making references to jokes made on previous Family Guy episodes. While the show does still provide the occasional laugh, it’s pretty clear the writers are officially out of ideas.

4. Rescue Me
Last season of Rescue Me was one of the strongest to date, but this season was just a letdown. The writers really overestimated the entertainment value of Damien and Colleen, who both got way too much screen time this season without ever really doing anything very compelling. Plus, the firehouse getting shutdown plotline was boring, Lou’s medical problems were an unnecessary subplot and the finale was just plain bad.

3. How I Met Your Mother
This used to be one of the best written and most entertaining comedies on television, but it seems to be running out of steam. The mother storyline has become so convoluted and drawn out at this point that it’s hard to really care if Ted ever meets his future wife. Plus, the writing has been inconsistent and many of the episodes this year just weren’t very funny. Luckily, Neil Patrick Harris continues to be incredibly entertaining as Barney Stinson, but the show overall seems to have lost its mojo.

2. Louie
I think Louis CK is one of the best stand up comedians out there today. But his TV show Louie, which started out so well, ended up being really disappointing. Most of the episodes just weren’t very funny and quite a few were painful to watch. At times, it seemed like the show was simply serving as a therapeutic outlet for Louis CK as he worked through the unresolved feelings he had for his ex-wife and his mother, which is good for him, but not terribly entertaining for his viewers.

1. The Office
This show is like a sick animal that needs to be put down. What was once one of the best comedies on television is now just an embarrassing mess. There have been a number of episodes this season where I didn’t laugh once. The only silver lining has been the coupling of Andy and Darryl, which has been consistently hilarious, but it’s not enough to save this lackluster season. At this point, I’m only really sticking around to see how they handle Steve Carell leaving the show, but once Michael Scott is gone from Dunder-Mifflin, I’m officially done watching this series. 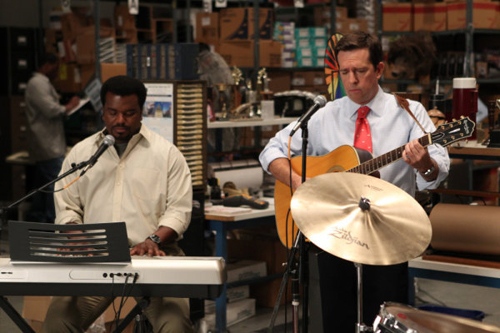