I will spoil all your show shit. Look away if you haven’t watched.

A couple of weeks ago, I gave you some fun death-inspired recipes for Game of Thrones. Knowing how ruthless the show runners and Mr. R. R. are about killing off characters, I thought it only fitting to give them all one last thing to say. Last time we had Catelyn Stark’s Red Wedding Soup, Robert Baratheon’s Drunken Boar Sandwich and Tywin Lannister’s Brownie Commode à la Mode.

Well I couldn’t stop there. This week I have three more for you, and just in time for the premiere of the fifth season (April 12th)!

First on the menu is Ygritte’s Skewered Hearts. Tender beef kebabs (shaped into hearts) that have been kissed by a fiery marinade and are accompanied by a wildly cooling dipping sauce. In memory of that poor little girl who had her heart broken (and later, pierced) by the evil Jon Snow. (Or some take on that, it may not have been so one-sided.)

To accompany that, we have Oberyn Martell’s Smashed Potatoes. Aggressively smashed potatoes (with the eyes removed), with ground lamb sausage, red onions, goat cheese, chick peas and lemon zest … because nothing whets the appetite like the image of someone’s face getting smashed in.

To end this series, we’re going to honor our favorite death of last season for dessert: Joffrey Baratheon’s Purple Face Pie. We have an unpoisoned blackberry and lemon pie with all the sour and bitterness that comes with being a well-hated king. Nothing was sweeter than the death of that little asshole.

If all of this isn’t enough to fill you up, check out my past Game of Thrones recipes: 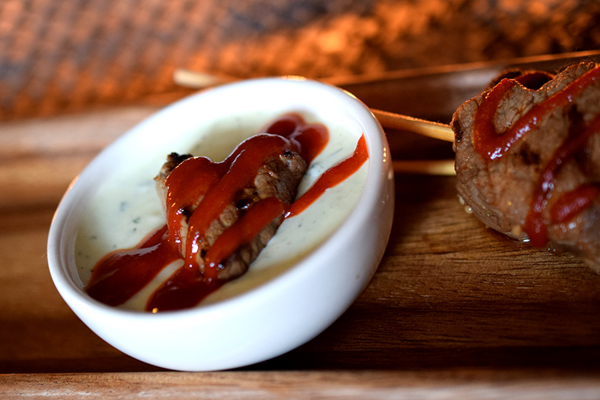 Print
Oberyn Martell’s Smashed Potatoes
Author: Fontina Turner
Ingredients
*If you can’t find lamb sausage, do not be afraid to replace with a chicken sausage. It’ll still be delicious.
Instructions
3.2.2929 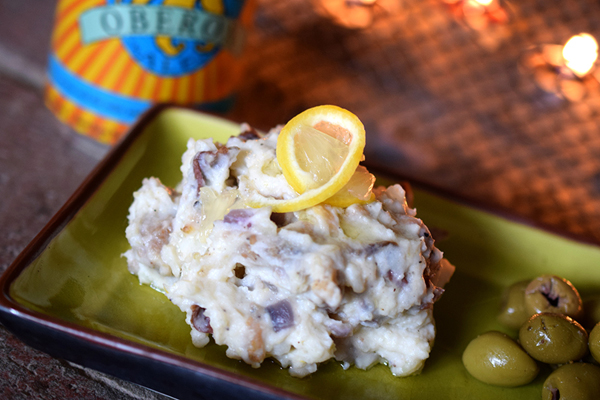 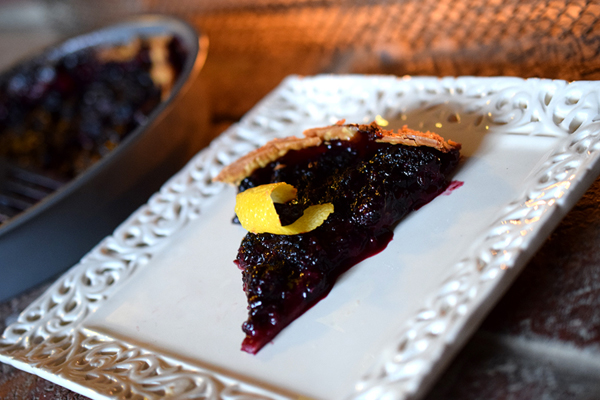