I usually don’t like to critique the narrative writing/filmmaking of others for several reasons:

1) From 2007 to 2015, I wrote, produced, directed, shot and edited 93 advertisements disguised as two-and-a-half to twelve-and-a-half minute narrative short films, so I have some familiarity with the pitfalls inherent in the process, and have fallen victim to them myself … many times.

2) Each was met with varying degrees of approval ranging from “Motley Crue launching into ‘Kickstart My Heart’ in a sold-out stadium in 1989” to “President Trump crashes the S.A.G. Awards and takes a giant dump in the punch bowl circa 2017,” so I know how it feels when strangers kill your babies.

3) I can only really speak for myself, but if watching the creators of films/TV shows/books that I really liked look like a deer in the headlights when asked why their latest project “didn’t connect with their intended audience,” it’s probably fair to say that sometimes you just can’t know what will make a technical masterpiece despised or a dubiously-crafted passion project loved by audiences. So, normally, I just can’t bring myself to torch someone else’s creative endeavors outside of the confines of my living room. Or a bar.

That having been said …

THE PILOT EPISODE OF THE BLACKLIST: REDEMPTION WAS A FUCKING DUMPSTER FIRE. A flaming dumpster that was pushed onto the tracks in front of an oncoming commuter train, causing it to derail and kill not only everyone on board, but also everyone in the multicultural orphanage that the train was passing at the time of the accident.

I like The Blacklist a lot. Does it strain credibility sometimes? If by “sometimes,” you really mean “weekly,” then yes. But if you’ve never seen an episode of the show, let me sell you on it with the only thing that you need to know: James Spader plays Raymond “Red” Reddington, a genius billionaire super criminal, sort of like Tony Stark without the armor or conscience, who is giving intel on other criminals to a special unit of the FBI so that they will legally eliminate his enemies and competitors for him.

What’s not to love, am I right?

But, like all businesses with a money maker on their hands, some combination of NBC and the producers of the show decided that there are enough awesome characters on The Blacklist, that they can afford to spin a few off into their own show – The Blacklist: Redemption.

They were wrong. Fucking Comcast.

So you’ve got three of the best criminals from Red’s Blacklist; Tom Keen (No. 7), Susan “Scottie” Hargrave (No. 18) and Matias Solomon (No. 32), played respectively by the very talented trio of Ryan Eggold, Famke Janssen and Edi Gathegi. What could go wrong?

1) Approximately 10 seconds into the pilot episode, Tom Keen violates everything about his character’s turn from ruthless covert operative hired to seduce, marry and spy on Red’s contact at the FBI – Blacklist co-lead Elizabeth Keen (Megan Boone) – to husband and doting father; a transition that was EARNED over several episodes in the original series. Now instead of the safety of his wife and newborn daughter Agnes being his priority, he’s suddenly whining about missing a piece of himself without his “work” and recklessly jumping head first into incredibly dangerous activities (like fights, car chases, gun play and bomb diffusing) that will almost surely make him late for dinner.

2) The “team” that he joins is the predictable group dynamic we’ve seen before far too many times: The enigmatic, gorgeous, duplicitous leader (also she’s his mom but doesn’t know it, and also also, she killed his dad); the “other” international covert operative (the uneasy yin to Tom’s yang); the ballsy, efficient, tough female agent (Tawny Cypress); and the far too brilliant and slightly anti-social tech guy (Adrian Martinez). Yawn! I liked it better when it was called Wanted.

3) The plot is 40-minutes-and-change of utterly ridiculous byzantine nonsense that could have been solved in the waning minutes of the preceding episode of The Blacklist if Howard Hargrave (Terry O’Quinn) just dialed 911 and told the operator that he thought that Jean Grey from The X-Men was trying to kill him. (No, not Sansa, the first one.)

4) Unless it’s later revealed that Tom is actually not the long lost son of Scottie and Howard Hargrave, the producers of this mess are driving hard for the goal with an (hopefully) unrequited incestuous flirtation from Scottie toward Tom. Yes, they’re both pretty, but just gross, guys.

5) I simply cannot respect a show about world class “professionals” that ignore the most basic standard operating procedures of their jobs. Like allowing most of the rest of the team to stand beside Tom and crack-wise while he gambles with all of their lives by snipping wires on a bomb that he’s not entirely sure he can diffuse … when Gathegi and Cypress could have waited safely outside. OR ALLOWED TOM TO WAIT OUTSIDE WHILE ONE OF THEM DIFFUSED THE BOMB SO THAT AGNES KEEN DIDN’T END UP FATHERLESS.

Though, if the pilot is any indication, that may actually be the perfect metaphor for The Blacklist: Redemption; a bomb that explodes in the faces of a bunch of talented people. 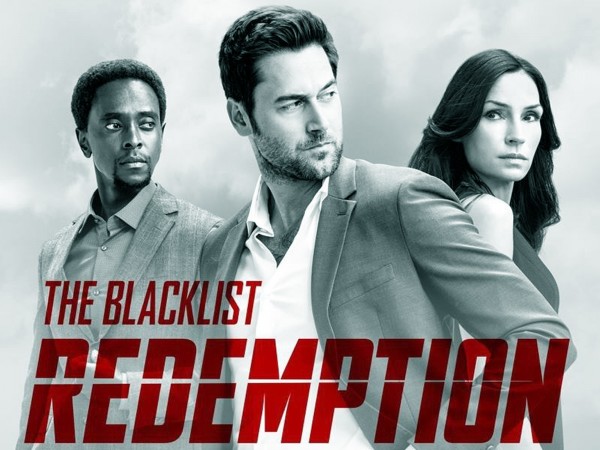