There’s a weighty question at the heart of Wonder Woman; one not often tackled by superhero movies: Is the world worth saving?

I love that the film was willing to pose and examine this question in a nuanced way. And, it comes at a perfect time – as many fans are wondering if the DC Extended Universe (DCEU) – which has thus far included Man of Steel, Suicide Squad and Batman v. Superman: Dawn of Justice; all three of which received mixed critical reactions – is a world worth saving.

Wonder Woman does an excellent job tackling the first question by exploring moral relativity and human nature. But, perhaps more importantly, the film as a whole, which is a well-executed, colorful big-budget action film with a heart, makes the first real case for the latter.

The film is an origin story for Diana (Gal Gadot), an Amazonian warrior who was first introduced in Batman v. Superman: Dawn of Justice. Diana grows up isolated on the female-only island of Themyscira, where her mother (Connie Neilsen) does her best to protect her from the evils of the outside world. However, one day American soldier Steve Trevor (Chris Pine) crash lands on Themyscira, bringing World War I to their island, which motivates Diana to leave her home to help bring an end to the war.

I can’t say enough good things about Gal Gadot’s portrayal of Diana. It was just so refreshing. She managed to make Wonder Woman sheltered without seeming naive or clueless and powerful while still emotionally open/vulnerable. She also brought much needed brightness to a cinematic universe that has been defined by its brooding darkness and joyless adventures. The film felt more like a throwback to what made the 70s Superman films so memorable rather than a companion film to the current crop of DC movies.

Chris Pine also does great work as Steve Trevor, who serves as a wonderful foil for Diana. She believes that this massive global war is the work of Ares, the Greek god of war, and that finding and destroying Ares will bring peace to the planet. But Steve, who has been working as a spy and has seen firsthand the chemical weapons the German side is ready to unleash on their adversaries, knows that the realities of the war are much more complicated and that there isn’t one simple solution to end the suffering.

Still, he finds himself drawn into Diana’s quest, in spite of his doubts about its chances for success. Steve is motivated by his own quest to stop Ludendorff (Danny Huston) and Dr. Maru (Elena Anaya), the creators of the chemical weapons, before they are able to use their deadly gas on unsuspecting soldiers.

Gadot and Pine have great chemistry together. And their relationship works well in the film because they both need each other to soften their world views. Diana needs Steve to help her develop a more nuanced and realistic perception of the world and Steve needs Diana to give him more optimism and something to strive for. (He also needs her ability to single-handedly take down an army in order to get to Ludendorff and Dr. Maru.)

They are aided by a band of misfits – Sameer (Saïd Taghmaoui), Charlie (Ewen Bremner) and The Chief (Eugene Brave Rock) – who are willing to tag along on their unsanctioned mission. All three characters have their own complicated and intriguing backstories, which help to flesh them out and feel like more than interchangeable sidekicks, but I still found myself wishing the film had more time to flesh out their stories a bit more. Instead, we are only given a brief glimpse into who they are.

Visually, the film stays true to the distinct visual style Zack Snyder has established in the previous DCEU films. There is a rich, high contrast color palette that gives the film an otherworldly look and the fight scenes speed up and slow down to highlight the action. I like the consistency in the look of these films and director Patty Jenkins implements this visual style well.

Overall, there is a lot to love about this film. The ending feels a bit muddled and vaguely unsatisfying and there are elements that I wish were more fleshed out, but ultimately it was such a refreshing change of pace from the recent crop of DCEU films that I was willing to overlook these flaws. It’s a fun film with a strong, engaging lead and a fun story that finally shows what the DCEU is capable of. 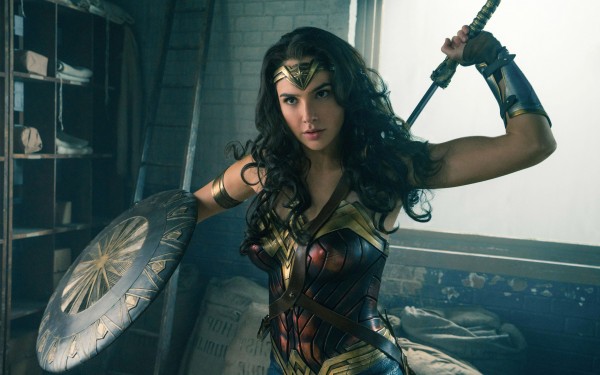