“We have dreams and imaginations to help us escape. No one can take that away from you. Ever.”

This film opens with 25-year-old James (Kyle Mooney) in an underground bunker watching the titular Brigsby Bear, a live-action children’s program featuring a human-sized Teddy Ruxpin-esque bear and a pair of identical twins who battle an evil sun demon. His VHS copies of the show and the Brigsby Bear online message boards are James’ greatest source of joy as he lives an isolated life with his parents Ted (Mark Hamill) and April (Jane Adams) in their subterranean shelter.

James quickly discovers that all is not what it seems. I won’t reveal exactly what he discovers, since I think its more enjoyable not knowing going in, but it’s a major reveal that brings his entire existence into question. As James’ life is uprooted and changed forever, he continues his obsession with Brigsby Bear, deciding that it’s up to him to keep making the show and giving Brigsby and the Smile Twins (Kate Lyn Sheil) the happy ending they deserve.

Brigsby Bear is one of the most original and mesmerizing films I’ve seen this year. The entire movie is beautifully shot, but I particularly loved the opening scenes that really established James’ world. Seeing James watch weathered VHS copies of this bizarre children’s show and watching him and Ted put on gas masks to venture outside of their shelter set the tone for the rest of the film and had me excited to see the story unfold. It felt haunting and innocent and sweet all at once. 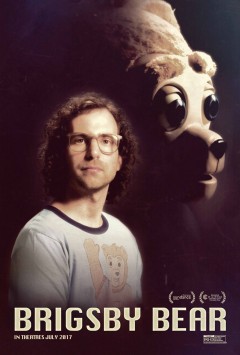 The world James lives in and the Brigsby Bear television show’s world are both complex, nuanced universes. From what we see and what James says about Brigsby Bear, it has a rich history and convoluted canon that feels similar to real long-running shows like Doctor Who or Transformers. James’ world, too, is well-conceived and full of memorable characters.

Kyle Mooney plays James so earnestly. Being isolated his whole life has James in a state of arrested development. I was really invested in his quest to finish this show that meant so much to him. It felt important to me because of how important it was to him to make sense of a complicated world.

I also really loved Mark Hamill’s performance as Ted. In the opening scene, there’s a moment where James is going on a long, impassioned rant about Brigsby Bear and it initially seems like Ted is just humoring him, but Ted fires back with his own reflections on the show that make it clear that it is something they’ve bonded over. As the story unfolds, their relationship gets more complicated, but Hamill’s portrayal of Ted really made the entire narrative work.

There are a number of other actors who give wonderful performances playing characters I’m not going to discuss in order to not spoil the plot (particularly Jorge Lendeborg Jr. as Spencer). I really enjoyed the number of comedic actors in this film playing dramatic characters. There are many hilarious moments, but it’s not really a comedy. Having talented comedic actors playing these roles allowed the comic relief moments to work effortlessly while still keeping the film grounded and feeling authentic.

The story overall is incredibly compelling and well-conceived, though there were a few story beats – particularly toward the end – that felt disjointed or rushed. There are crucial plot developments casually mentioned in dialogue that feel like they should have been addressed on-screen and character arcs that feel severely truncated. I got the sense that there were several deleted scenes cut for time that fleshed out these plot threads more. However, while these missing scenes were distracting, they were ultimately minor flaws in an otherwise brilliant film.

Overall, I really loved Brigsby Bear (both the film itself and the show-within-the-film). It’s an original story full of heart with memorable characters and stunning visuals. 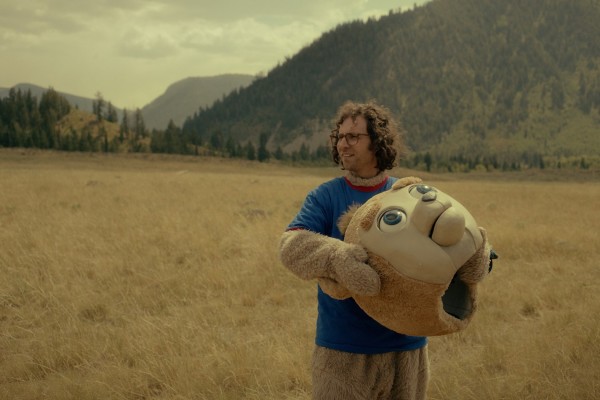