After seven seasons, Game of Thrones finally gave us the first taste of the epic battle we’ve been building to since the very beginning: Arya Stark vs. Brienne of Tarth.

… The “loot train battle” was pretty cool too, though. I truly felt the tension as the Lannister army braced to take on the Dothraki horde. The show has done a great job giving Cersi and Jaime a few early wins that took out two of Danny’s key allies, which was necessary to make it seem like they have a shot at defeating House Targaryen. But this battle reminded us just how formidable Danny’s army truly is.

They were already hopelessly outmanned even before Danny showed up on Drogon and completely laid waste to them. It was an absolute slaughter. I feel like Tyrion’s face managed to capture every conflicting emotion I was feeling as the scene played out – despair watching the Dothraki mow down the Lannister army, wonder seeing Drogon in action that was quickly followed by horror as the beast decimated entire rows of men in one breath and finally despair and pity for Jaime as he foolishly charged at Danny instead of retreating.

Speaking of Jaime, I assumed the show has bigger plans for him and that he’d find a way to survive this battle, but there were several moments the show had me believing he might not make it out alive. (After all, it’s a show that has never hesitated to kill major characters in unexpected ways.) His final charge at Danny and Drogon, in particular, felt like it could be the last foolish act the Kingslayer performed before being burned alive. I’m glad he lived to fight another day, but it’s a bleak future he has in store.

Bronn also made it out alive. He also managed to give the Scorpion a field test and proved it can harm a dragon. The weapon is more agile than I realized. He was able to swing it around and take aim pretty quickly and efficiently. Once Cersi’s new loan comes through, she should invest in 50 Scorpions with trained archers on each one. Or 100. Honestly, as long as the three dragons are alive, you can’t have too many of them.

While this is a huge victory for Daenerys, I can’t help but wonder if we’re supposed to be rooting for her. Cersi is clearly a sadistic villain who shouldn’t be on the Iron Throne, but that doesn’t mean Danny is the right person to replace her. The show has shown that she’s a brilliant and capable warrior who can rally soldiers into impressive victories. But last season also made it clear that she has some major deficits in running a city once she’s taken control of it. With this battle and her clear bloodlust as it was unfolding, I have to wonder if she wants to rule Westeros or simply conquer it.

Last week, we saw her demand loyalty from Jon Snow without really giving him much of a reason to bend the knee. Her plan was to intimidate him and use a show of force to make him feel like a prisoner at Dragonstone. It was only Tyrion who attempted any sort of diplomacy. Danny stuck to intimidation and fear. Which again, makes me wonder if she would be a good queen. If she does defeat Cersi and takes control of the Red Keep, is she capable of reuniting the Seven Kingdoms? Or will she just use her dragons and foreign army to hold King’s Landing by force?

Speaking of Danny, her scenes with Jon continue to not really resonate with me. There cave scene felt like it should have been a huge moment in the show, but it didn’t really click for me. (I also had trouble believing that the cave etchings would be what convinces Danny Jon isn’t crazy. If she already doesn’t believe his White Walker story, why wouldn’t she just assume that he carved those etchings into the stone wall to sell her on it? That’s what I would assume.) It was slightly more interesting to hear them discuss military strategy on the beach afterwards, but so far, Ice and Fire together feels incredibly underwhelming to me.

I was much more invested in the Stark reunion at Winterfell. It was so lovely to see Arya and Sansa reunited. So much of the first season focuses on the Starks, so it felt huge to have the remaining family members (minus Jon) together again inside their childhood home. Seeing Arya and Sansa smile and joke together truly did warm my heart. And, as I mentioned in my opening, Arya’s battle with Brienne was epic. I loved how Brienne started out humoring Arya, but quickly got frustrated and started trying as hard as she could to win the fight.

Overall, this episode felt epic. It’s so exciting to finally have Danny and the Dothraki in Westeros waging war on their enemies. Though I do wonder who I should be rooting for in these battles. I’m sure Tyrion can relate. 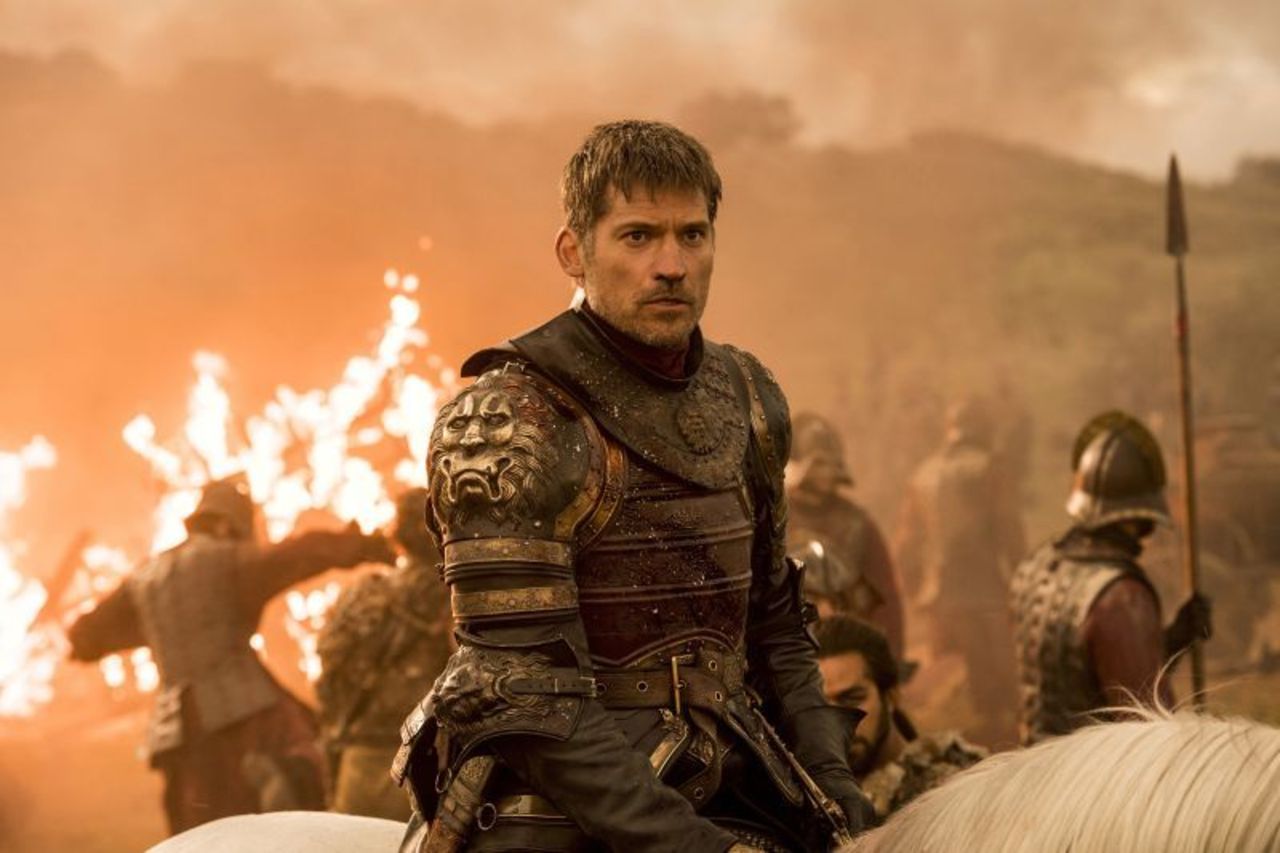