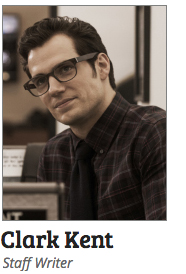 The world was in shock when Metropolis’ beloved hero, Superman, died in battle saving humanity from the fierce warrior Doomsday. We were all equally shocked to see the Man of Steel rise from the dead, returning to fight alongside the Justice League to save us once again; this time from the New God Steppenwolf. While Superman’s story has been well covered, my own brush with death has yet to be told. Until now.

On the surface, it would seem like Superman and I have very little in common. He is a benevolent godlike alien who stands for truth, justice and the American way. I am just a bespectacled, mild mannered reporter who is always notably absent when calamities unfold. Ask anyone who knows me and they’ll tell you – Superman and I are two very different people. But I do have one thing in common with the Man of Steel; while the world was grieving the loss of Superman, my loved ones were coincidentally grieving the loss of me.

The night Superman was killed, I was also declared dead. As he, Batman and Wonder Woman were fending off Doomsday’s attacks, I went missing. My body was never found, but the assumption was that I had been lost in the chaos, perhaps crushed by debris or killed by an errant explosion somewhere in downtown Metropolis.

My family held a funeral for me. While it was a small, intimate ceremony, there were a few surprise guests – notably Bruce Wayne and Diana Princess, two virtual strangers who felt compelled to pay their respects. Wayne was so moved by my death that he even saved my childhood home from foreclosure, which was quite generous of him considering we only met once at a gala at LexCorp.

However, I didn’t die that fateful night. I’m afraid the truth is much more embarrassing. As the battle for Metropolis was underway, I left The Daily Planet to head to the center of the action. But, in the chaos, citizens fleeing the carnage charged into me, accidentally knocking my glasses off my face, then trampling them under their feet.

My glasses are an essential part of me. I panicked as they tumbled off my face. I found myself on all fours, trying, in vain, to relocate them. As I was scrambling around searching for my spectacles, my phone fell out of my pocket and into a puddle, rendering it useless. That cut off my lifeline to the outside world, leaving me unable to call for help.

All I could think was “Martha! I have to get to Martha.” You see, Martha Kent is my mom. I call her Martha. It’s not weird at all. What I didn’t know at the time was that Martha had been kidnapped by Lex Luthor. He abducted her in a misguided attempt to manipulate Superman; a nonsensical plan since Martha Kent and Superman have absolutely no connection to one another. (I guess it goes to show just how demented Luthor is.)

I didn’t know Martha had been kidnapped. I assumed she was safe inside my childhood home in Smallville. My only thought was that I had to get to her and let her know I was okay. I suppose I wasn’t thinking clearly. Perhaps I was in shock.

I headed in the direction I assumed Smallville was. But, without my glasses or my phone, I was wandering aimlessly. I won’t bore you with the details of my arduous journey back home, but needless to say, it took a long time – the exact amount of time Superman was dead, coincidentally.

I eventually arrived back in Smallville. I was quite shocked to learn that everyone thought I had passed away. I was so shocked, in fact, that I went to the graveyard and dug up my grave. I wasn’t sure what I would find in the casket. I thought perhaps it would be a weird silicone facsimile like Will Byers’ corpse in season one of Stranger Things. However, what I discovered was simply an empty casket. Empty because I wasn’t dead.

I hope this article has answered any lingering questions any of you may have about my mysterious disappearance, which happened to coincide with the death and resurrection of Superman. Now let’s never speak of any of this ever again. 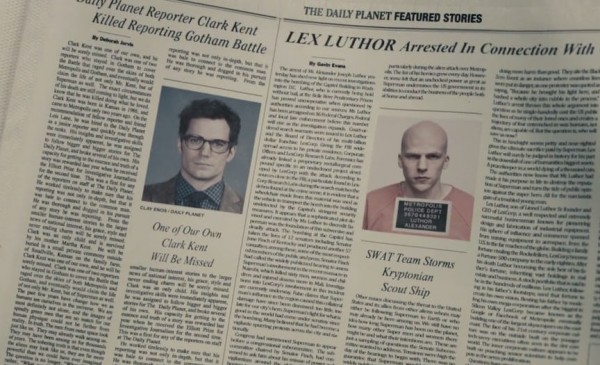 Written by Joel Murphy. Murphy is the creator of HoboTrashcan, which is probably why he has his own column. He loves pugs, hates Jimmy Fallon and has an irrational fear of robots. Follow Joel on Twitter @FreeMisterClark or email him at murphyslaw@hobotrashcan.com.