If current Internet speculation is to be believed, Christopher Nolan will do what supervillians have dreamed of for over 70 years now. Nolan will kill the Batman.

For those of you who are only familiar with Bane as the monosyllabic henchman from the awful Batman and Robin, allow me to give you some quick background. Bane, which Tom Hardy plays in The Dark Knight Rises, was created in the early 90s as part of the “Knightfall” storyline. Bane wore down Bruce Wayne emotionally and physically, then lifted him up over his head and broke his back, paralyzing him and forcing him to find someone else to don the cape and cowl.

So, the theory goes that in this film, Bane will kill Bruce Wayne, but Batman will live on. People believe that Joseph Gordon-Levitt, who plays a cop named John Blake (a character that doesn’t exist in the comics) will end up taking over as the Caped Crusader. So Batman continuing on after Bruce Wayne’s death will be the “rise” that is alluded to in the title.

(For the most in-depth version of this theory, you can read this article on Cracked. It’s an interesting read, though it offers flimsy evidence and takes quite a few big leaps to make its case.)

I can see the logic behind this theory. And certainly, the poster that came out featuring Bane walking away from a crushed Batman cowl with the tagline: “The legend ends” ads fuel to the fire. So I understand where the idea is coming from.

But it’s not going to happen.

I do think Bane will break Bruce Wayne in one way or another. Unlike Joel Schumacher, Nolan actually puts thought into the characters he uses. He picked Scarecrow in the first film because it was all about fear. Harvey Dent was in the second one because he wanted to show a good man – and Bruce Wayne’s only hope to ever live in a world that didn’t need Batman – destroyed by The Joker. And the Joker himself represented escalation, the criminal world’s response to Batman’s existence.

Even though Nolan is notoriously tight-lipped about plot points, he did give a glimpse into how he views the character in an interview with the LA Times.

“With Bane, the physicality is the thing,” Nolan said. “With a good villain you need an archetype, you know, you need the extreme of some type of villainy. The Joker is obviously a particular archetype of diabolical, chaotic anarchy and has a devilish sense of humor. Bane, to me, is something we haven’t dealt with in the films. We wanted to do something very different in this film. He’s a primarily physical villain, he’s a classic movie monster in a way — but with a terrific brain. I think he’s a fascinating character. I think people are going to get a kick out of what we’ve done with him.”

Nolan didn’t pick Bane because he liked the luchador mask and the giant muscles. He picked him for his physicality and his intelligence. And I do believe he’s bringing him in to destroy Bruce Wayne in one way or another.

(And if you want my own nerdy speculation, I think the shot of the armed prisoners escaping from a hole in the prison wall in the new trailer points to the Knightfall storyline. In the comics, Bane broke all of the supervillians out of Arkham Asylum in order to wear Batman down and to study his fighting style from afar. I think the prison break will be the film’s version of that.)

But I think assuming Bruce Wayne will die is taking a big leap. Sure, Nolan does seem to like dark or unexpected endings and I could certainly see how the symmetry of having the third film end with a new man taking the mantle would appeal to him. But I don’t think it’s what he has in store for us.

One reason is because the only precedent in the comics for killing off Batman comes from a recent storyline written by Grant Morrison. Morrison is the Alan Ball of comics – he constantly does the opposite of what you would expect him to do (like killing Batman, giving him a son and having Bruce Wayne reveal to the world that he’s bankrolling Batman’s operation) just to be shocking. He doesn’t make logical choices and his stories show a fundamental lack of understanding of what makes Batman tick and why the character appeals to people. Frankly, I just think Nolan is too smart and too good of a storyteller to do anything that Morrison has done.

I think Nolan gets what Bruce Wayne means to people. He’s avoided Robin and all of the other various sidekicks and hangers-on. He killed off Rachel. He’s already shown the loneliness and the tragedy that comes from being Batman. After all he’s been through, the character deserves a better ending than to die tragically.

But more than that, I just think that whatever Nolan has in store for us, it’s undoubtedly completely different and much better than what we all imagine going in. I remember being skeptical about his casting of Heath Ledger as The Joker, then completely blown away the first time I saw him on screen. Whatever Nolan has planned for this film, I expect it to be amazing to watch unfold.

Though even if Bruce Wayne is killed, it still won’t be as depressing to watch as Batman and Robin. 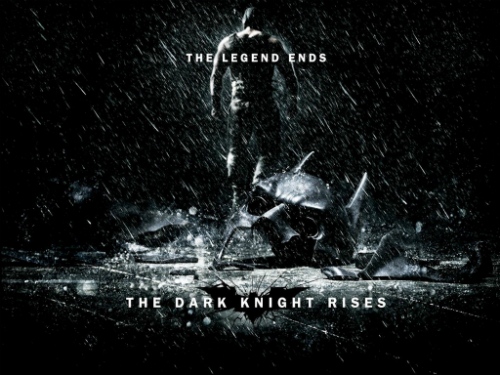