Maybe one day this column can stop being about the way the Internet has exposed everything that is dull, stupid, uneducated and idiotic about humanity, but it just keeps giving me so damn many examples to run with …

Here are a couple of things I saw this week that just made me wonder how exactly people survive when they can’t understand how privacy works.

I have a friend who admires a certain young actress — I won’t say who — and runs a Tumblr site devoted to her. The Actress is also on Tumblr, as everyone of her generation appears to be, and at some point became aware of my friend’s fansite. Among the things my friend posts and reblogs are personal candid photos that the Actress has posted herself on her public Facebook account and on her own Tumblr (including one photo of her own bare bottom). Now, my friend isn’t stealing these pictures or somehow hacking the Actress; the Actress posts these pictures on her own and then my friend reblogs them, like a hundred other fansites devoted to low-tier actresses with small, devoted followings. We live in a world where it seems as if literally everyone is showing off for a bit of attention online, and famous people — people who go into a job where attention is essential to their success — are no different.

So earlier this week, my friend gets a private message from the Actress saying that she’s flattered by the attention, but that she likes to “keep to myself” and asking my friend to delete all of those publicly available pictures. And she asked nicely and everything, but I rolled my eyes so hard I got a migraine. You like to keep to yourself, but you post a picture of your bare ass online for everyone to see? I … wha … my brain is still trying to jigsaw this together to understand how this works. Yes, no one likes to see their privacy invaded. But no one’s privacy was being invaded at all. The Actress posted these pictures online, in public, with no privacy settings taken advantage of to hide them from the eyes of fans. And I’m not even disputing that she has the right to make such a request of her fan. But I just don’t understand in what world someone marginally famous posts pictures of herself (undressed or otherwise) online and expects that no one will look at them. What’s the expectation there? What is the reasonable expectation of privacy when we expose something on a public venue where literally anyone can see?

But this is merely annoying and bizarre to me. That’s nothing compared to my second example: the Asshole.

Now, I’m only not naming the Asshole because I don’t want to bother with trouble or with politics or with said Asshole. But this guy … he’s an asshole. A loudmouthed, golf caddying good ol’ boy who said a really fucking stupid thing to a woman who is an activist and a figure of controversy, if by controversy you just mean a woman who is an activist because lower orders of males can’t stand the idea that women can speak in public and say things they disagree with. This is an embarrassment to human enlightenment that has been freed to run rampant online and is now being directly advertised to as though they were some kind of desirable element.

What the Asshole did was get angry at the activist and took her to task for voicing her support on Twitter for a bill that would protect the rights of pregnant working women. And his anger took the form of this idiotic comment: “When are you going to shut that god damn dick sucker?”

Now, we have freedom of speech in this country. You can say what you want no matter how vile, childish and stupid it is. If you want to look like a god damn idiot, you’re free to show the world just what a god damn idiot you are.

But it’s best if you understand two simple things. First, that freedom of speech is everyone’s right, and not just yours; you get to be an asshole, but you also kind of have to put up with everyone pointing out what an asshole you are, and there’s not much you can do about it. And second — and arguably more important — you have to remember that even if you’re sitting in your own home at your own desk, when you’re on the Internet, you’re in public. And when you shout something stupid in public, everyone can hear you.

So if you’re going to call a woman a grandstanding cunt on Twitter, you need to remember that you’re not speaking privately. And when she retweets that so that all of her 36,000+ followers can see it, and it actually gets posted on political blogs and makes it into results when you Google yourself, guess what? You brought it on yourself, asshole.

And you know what? You deserve it. Because if you’re the kind of asshole who thinks the way to respond to a woman you disagree with is to attack her with gender-based insults, you deserve to have people see what an asshole you are. I hope every woman you know sees it. I hope your mother, your significant other, every woman you deal with sees it and knows that this is what you think of women: that if one of them dares to disagree with you, they’re a cunt and need to learn what their place is. When you disagree with someone and resort to personal attacks, it’s because you can’t defend what you believe in. And when you resort to gender-based insults, you dishonor every woman you claim to care about, because you’re showing that inherently you think women are worthless.

The Asshole is quite upset about the notoriety this incident has bestowed on him. But you know what? Fuck him. He deserves it. You said something dumb in public; you don’t get to pretend it didn’t happen. And if people are going to be stupid sexists and racists online, then at least people will get to see them for the cowardly pieces of filth they are.

There’s no magic curtain you get to hide behind on the Internet, people. Think twice about just how public you are if you don’t want to embarrass yourself. And when you do, hey, you have to do what we all did in high school and we embarrassed ourselves: live with it. 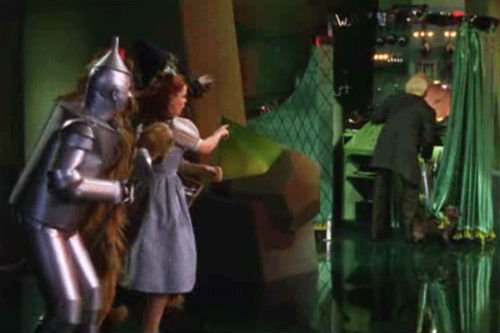