I started my Blogger blog in 2005. Ever since, I’ve tried hard to blog once a day. I don’t always, but it’s something that keeps me focused on a bit of a routine and a bit of structure. When you’re unemployed, the days tend to just flow into each other.

Now, back in those days, I’d say between 2005 and 2008, Blogger was exploding with new blogs and new users. Because of my somewhat liberal political stance, particularly during the 2008 election, I garnered the attention of a lot of liberal bloggers. I actually had, in a way, fans. People who read my blog religiously, who liked to talk to me in the comments section of my blog (and on their own), even people who were — and this part was just weird to me, because I’ve always considered myself pretty awful and unpopular — actually thrilled if I put their link on my blog or started following them. It was really nice being popular for a little bit. I didn’t always enjoy it, because I’ve been conditioned to expect people to not like me, but it was a brief period in my life where I felt weirdly supported and connected to others.

But I got burnt out on a lot of the attention, because with positive attention comes a lot of negative attention from people who don’t get why you’re the person being listened to, and saying anything political at all online becomes a shouting contest for some. When I was independent and critical in my liberal thinking, a surprising number of those dedicated liberal bloggers turned on me and trashed me. And when Facebook really exploded, a lot of people went over there and stayed there. My commenters dwindled; the social aspect of Blogger remains, but not on anywhere near the level of activity it had before. I had to institute a comments policy, and I really only have a few people who ever comment. Sometimes no one does, unless I do something really, stupidly Internet-controversial, like not hating Man of Steel. And you know what? That’s less stressful.

I did, however, make the move over to Tumblr, and that’s pretty much where you can find me most often for the last few years. I still post on Blogger, but I’m not anywhere near as dedicated as I used to be. In fact, just this weekend I changed my sidebar to a different format of links, and was surprised at the amount of dead links and inactive blogs that were in there. I guess that’s how often I check anything outside of my Google Reader. Er, Feedly. Because, like I said, most of the time I’m over on Tumblr, and if I socialize anywhere (and I’m still not socializing much online these days), it’s there.

(Side note: I’ve already had my time of being weirdly popular on Tumblr, only to have people turn on me and then just ignore me. On Tumblr it happened faster, which is appropriate, because Tumblr moves faster than even Facebook does.)

Anyway, I was reformatting my sidebar, and I missed a number of blogs I wanted to link. I know, because three times yesterday I had to edit it. I was hoping that anyone who noticed they weren’t there would politely bring it up and remind me to add them.

There I go giving people the benefit of the doubt when it comes to being polite.

I got an angry comment last night from another blogger. He saw his blog was missing and answered what was an honest mistake that he perceived as a slight with “Of course I’ll have to do the same to you.”

Honestly, that comment mystified me for a long time. I wasn’t actually sure what it even meant, but I also didn’t want to engage the guy on it, because it just sounds so stupid. It made me wonder what exactly the point of blogging was to this guy. Is it to just generate traffic and page views? On a personal blog? What year does he think this is? Is it to start some kind of personal social network? Sorry, but I’ve already been there and it made me uncomfortable.

For me, the point of having a personal blog is that it’s basically a journal for me. A place where I talk to myself about whatever the hell I want. A place to work out how I feel about my life and the world, or to document my struggle with weight and mental disorders, or to list my favorite things, or to talk about the movies I saw. If someone else reads it and likes it, cool. That’s wonderful. But it’s not done for them. It’s done for me. It’s done because I feel a need to write it all down someplace. That’s the point of it. Frankly, the only person that I really, truly care about reading it is my wife, because I want my wife and me to know each other as much as possible. She’s really the only one who I need to understand me. It’s not about validation by strangers; it’s just me having fun and introducing a fraction of structure into my weekly routine.

I don’t comment for a lot of reasons. I feel I have nothing to contribute. I worry about getting in a fight with someone, because I’ve done a lot of that online and it is always taxing because I have Generalized Anxiety Disorder. It can be hard for me to be social because I have Generalized Anxiety Disorder. And if you say something I disagree with, I don’t want to bring you down because I don’t believe — as many people seem to — that stating your opinion online automatically means you want to have a conversation about why I disagree with you. It doesn’t mean I didn’t like your post; it just means that I genuinely feel like I don’t have anything interesting to say that anyone would want to read. So I stay in my own little corner of the web, because I’m constantly second-guessing myself that anyone wants to hear from me in the first place.

It’s hard for me to just let comments roll off my back anymore. And it bothered me that he called me a selfish blogger. I didn’t like the oily, reactive, condescending judgment that dripped off of his wording. So I spent a while last night trying to figure out what specifically about it bothered me, and what I came up with was this: he’s equating me being quiet and reticent and not socializing very much with me being selfish. It seemed like it was supposed to make me feel like the mere act of having a blog is a social contract, and not being more active on the blogs of others while, I guess, expecting attention from readers is somehow monstrous and wrong.

But that’s not why I do my blog. I do my blog for me, not for you, and not for validation, and not to, I don’t know, be somehow nourished with all of this attention that I’m … what? Selfishly hoarding for myself?

I think a lot of my readers that are left — and I’d say I average only one comments for about every 24 page views I get — understand that I just don’t always feel open to conversation and that it doesn’t mean I don’t like them.

Bottom line: it’s no one’s responsibility to validate your existence by constantly commenting on it. No one owes anyone anything.

If that’s selfish, well, I would suggest the truly selfish blogger is the one who gets pissy and demands attention. Especially when he calls out someone with anxiety disorder for not being more social. 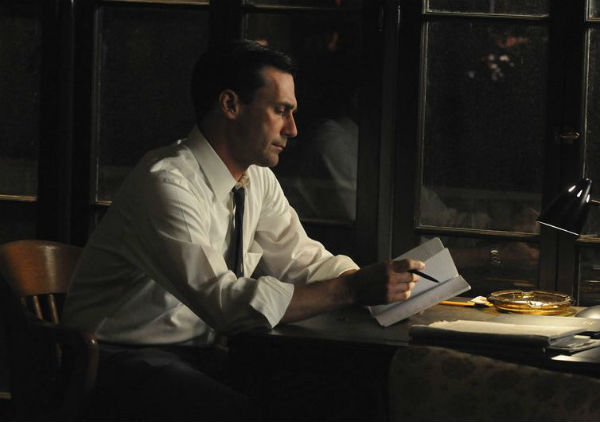