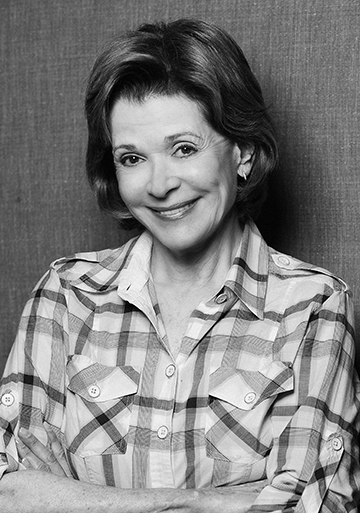 How is it preparing for Archer verses preparing for a live action role? Is there a different method or approach you have for voice acting?

You know, it really isn’t, because a character is a character and a script is a script. Whether it’s animated or human beings, you have to start with the character and what is the author trying to say. I didn’t really approach it [differently]. The only thing that would be a little different is more vocal energy. You do need much more vocal energy when you’re doing animated. If you use that amount of vocal energy in a live human performance, it would be over the top.

How about the actual recording? When you record Archer, it’s just you alone in a booth. Are there tricks that you’ve picked up or certain things you do to help the performance when you don’t have other actors to play off of?

Well, we have somebody – they’re on the satellite from Atlanta. Matt Thompson, who’s one of our executive producers, and Casey Willis, and also somebody reads the lines back to you of the other people. We do it as a whole scene. I guess all the characters know each other so well, like there’s times certainly that we could just imagine that it would be like.

Knowing that you do record everything individually, it’s impressive the way the dialogue flows and the way it all comes together. You would never know that guys weren’t in a room as an ensemble.

I know. Isn’t that amazing?

How often do you get to see the rest of the cast. Do you get to interact with anyone on a regular basis or is it just at specific promotional events?

You know, we only see each other, because we’re in the east, myself and Jon [Benjamin]. Amber [Nash] and Lucky [Yates] are in Atlanta. Aisha [Tyler], Judy [Greer], and Chris [Parnell] are in LA, so we see each other at events. For instance Comic Con, or the upfronts. Some of them were here recently in March for FX’s upfront. Or the TCA’s. Maybe two or three times a year. Not enough.

A few years ago in New York, we actually got to see the Archer Live show that you guys did.

You were in it, yes.

That’s the only one I’ve ever done because it’s so not my thing. It’s too advanced for me.

You were great the night that I saw it. You were wonderful to watch.

When you say it’s too advanced, what was it about it that made you feel out of place?

I don’t feel out of place, it’s just that, I’m so not in tune with the demo that is there. The kind of stuff that goes on, it’s just, I feel so little, not in that demo, let’s put it that way. I don’t know how much I could offer. I did have a really good time at that one, so who knows? If they ever have another one, maybe I’ll do it.

How often do you get recognized from Arrested Development? There was this thunderous applause when it was brought up at the Archer Live event.

Really? Was it thunderous? I don’t even remember. Oh my god, you always get nervous when you go on stage for any reason. I guess I wasn’t hearing it. Anyway, Arrested really was a trendsetter as TV sitcom, the scripts and whatever. I’m the lucky beneficiary because I’m in New York, so I’m on the subway, I’m on the bus, walking in the street and people are really nice. There are a lot of Arrested Development fans out there. Lucky for us.

How much do you think that character influenced you getting cast as Mallory Archer? They seem in similar veins, Lucille Bluth and Mallory Archer.

Yes, I think they have a lot of similarities. One that they don’t have is that Mallory let her hair go grey and Lucille would never do that. You know, when the casting scene came out, the breakdown of the casting, I know it said Mallory and described her “to think Jessica Walter, Arrested Development.” My agent called up and said, “You know I represent Jessica. Should I send her the script? If she likes it, maybe she’ll do it.” That’s what happened. I read the script and I thought, “Oh, that’s wonderful. I’m in.” 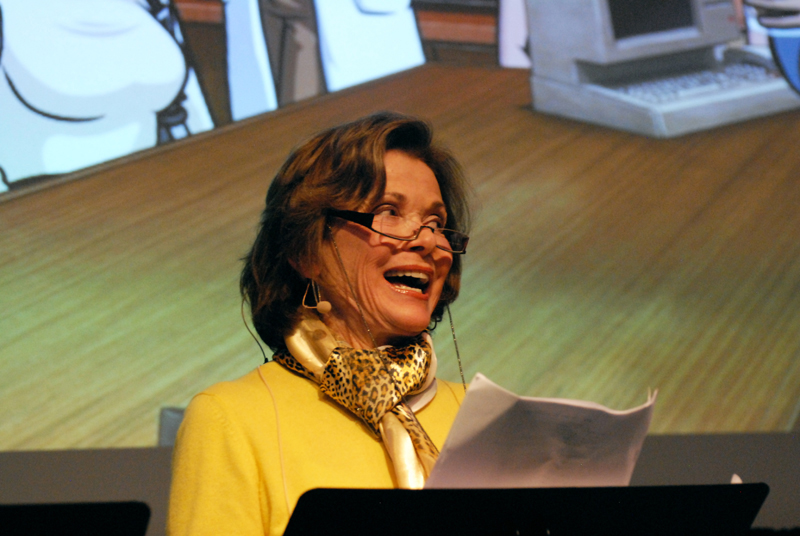 That’s got to be super flattering to know that that was in the breakdown.

Comparing the two, Mallory is a little more proactive or empowered, maybe. She has a little bit more agency.

Yes, absolutely. First of all, in animation, everybody is more, whatever they are.

Also, Mallory is s self-made woman. She works, she made her own money and Lucille really got it through the husband, and the family and everything else. Lucille never really probably never worked a day in her life. Big difference.

You probably get asked this all the time, but is there any hope for more Arrested Development? Is that something that you even hear about at this point or are you as in the dark as everybody else?

Everybody wants to do it and as far as hope, we all hope that we can do it. It’s just a matter of getting everybody together at the same time, which is difficult.

I hope that it will happen. I really do.

Is there anything else you can say about Mallory this season? Is there any sort of preview you can give people or direction that she might be headed or anything?

You know, she’s got more drive than ever because they’ve already been through several careers – the spy agency, the vice thing, and now this one. The private investigation seems like to me is really a lot of fun. I like it a lot. I guess she’s more driven than ever.

Absolutely. I love that they’re in LA and that Mallory hates it. She hates LA. I know a lot of East Coast people do. I don’t. I mean I don’t hate LA, my family is there and what have you. I think that it’s always fun to explore different areas of work for characters and places they go. You know, at the beginning of Archer, we were always going to Mexico or to some foreign place to deal with the kings of all the jewelry and the whatevers. We were always on these big missions in foreign lands. Now it’s fun to be really right there in LA, dealing with the West Coast of the old US of A.

What do you think you’d be doing for a living if you never got into acting?

You know, I don’t have any other talents, so it’s a good thing. I really don’t. I have no idea what I would be doing. Honestly. I never wanted to do anything but this. I never had a back up, let’s put it that way.

Maybe the key to your success was never having a back up plan. You had to make it.

Well, I think the key to working in the business is you’ve got to hang in there and you really have to take it very seriously and work hard. I’m about to do a play in Bucks County Playhouse, New Hope, Pennsylvania, which is a famous old summer stock theater. We’re going to do Steele Magnolias which is a great play.

It was a play before it was a movie. Most people don’t know that. Anyway. We start rehearsing, you know, a couple of weeks, but I’ve already learned it. You don’t take anything for granted. You got to be ready if you know what I mean.

How often do you get to do live theater?

Not enough. The last thing I did actually in live theater was about five years ago with Anything Goes on Broadway; the revival with Sutton Foster. That was exciting.

Was it tough getting back into it after a five-year break? A lot of actors say that if you take too long off of the stage, it’s harder to get back up in front of people.

I totally disagree. I think it’s like bike riding. You never forget. If that’s where you started, which I started in the theatre, it’s like coming home. Honestly.

Is there anything else you want to mention that we didn’t cover?

Just that we just feel so blessed to have Adam Reed and Matt Thompson and Casey Willis. Of course, Adam who’s our commander-in-chief, our creator. They also happen to be the nicest people you ever want to meet. That makes it really special. 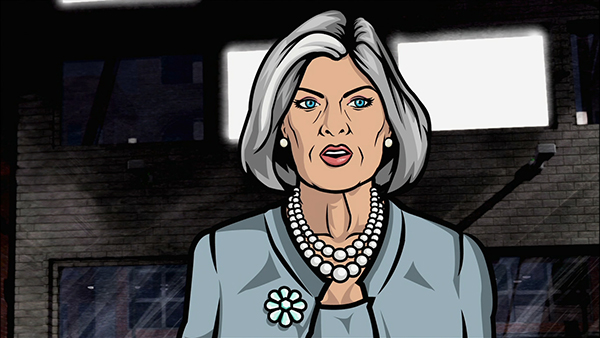