Three years ago, I experienced a bizarre series of health issues unlike any of my typical aches and pains. My discomfort and some associated symptoms lead me to my gynecologist’s office where, in an unnervingly cavalier tone, my doctor said to me, “Well, it sounds like you were pregnant, but you definitely aren’t anymore.”

I questioned her further and, after examining my chart she explained that my symptoms were likely that of a chemical pregnancy. My period had been late and was different than I had ever experienced; a common feeling for women who experience an early-term pregnancy loss. She theorized that I was likely four to five weeks pregnant and probably wouldn’t have ever known had my symptoms not been so severe. She asked me if I needed anything else and then sent me on my way.

It was extremely confusing, to say the least. Imagine discovering that you are pregnant and that you’ve lost that pregnancy in a span of 20 minutes. And then imagine trying to wrap your head around that as people tell you that it must not have mattered if you didn’t even know it was happening. Most people have an idea of what a miscarriage is, but few know what a chemical pregnancy is. I didn’t even know until it happened to me. I didn’t know how to react or if I even should.

So I turned to my cousin (okay, technically my cousin’s wife, but it’s easier to say cousin when your family has 600 members). She had experienced a stillbirth that past July, a type of baby loss that is so misunderstood many people don’t even acknowledge it. Jen was so helpful in allowing me to discuss my feelings that, three years later, I feel pretty okay regarding the whole situation. She allowed me to explore my emotions and come to her whenever I needed and I have tried to do the same for her. While I may feel okay now that three years have passed, I understand that everyone’s experience is different.

October is pregnancy and infant loss awareness month. I asked Jen to write a piece about her daughter, Charlotte, who passed away three years ago. She helped me so immensely when I needed it that I wanted to give back in the way I knew would mean the most – by honoring and remembering her daughter when others so easily forget.

Here is what she had to say:

Charlotte would be turning three in November, if she’d been born alive. My other two children were full-term, but both came during the 38th week, so I suspect she would have come the second week of that month.

You’d think it becomes easier as the time goes by, but it doesn’t. There are aspects of stillbirth that you learn to cope with as time goes on, but others actually become harder as the years go on. I think this year, the hardest part has been the forgetfulness of others. I have to remind people that our daughter died.

People ask me to make plans – some that I’m kind of obligated to attend – on the date of her delivery. A day that will always be a sacred day for me. I would ideally like to spend part or all of it sobbing while I relive what memories I have of her short life. Or perhaps do something special in her honor. I really don’t want to go to a concert or a cookout or someone else’s birthday party on that day.

What I DO want is for anyone who knows me to acknowledge that day. I want them to know that date, as well as they know the birth dates of my living children. Because if they don’t, because she had died, it feels as if they’ve forgotten she was ever alive. That she existed. In some cases, they deny her altogether, as if she didn’t exist or doesn’t count. I get that impression from some people. She is often not counted when she should be.

I’ve made it clear that I want her to be, that it would be healing to me. The lack of remembrance of the most sensitive dates is heavy on me this year, and it’s only year three. I know that for many friends and family, the memory of our middle child will only continue to fade as the years go by. It’s disappointing, to say the least. I want her to be remembered and acknowledged and honored, especially on her birthday.

But there have been positives this year too. I have a lot of friends who think of Charlotte often, every day even, and they reach out to me with their thoughts of her. It almost makes up for the difficulty surrounding her third birthday. I’ve spent the last three years grieving openly, mostly on Facebook, but also in cards and letters to friends and family. And I know that the people who are really listening are REALLY listening.

When I see a butterfly, I think of Charlotte and, knowing this so well, when they see a butterfly they do, too. Often times they even text or call or tell me that they did. They ask about her. They wish she was here too. In fact, the most incredible thing would be for people to say that; to turn to me when we are together and say, “I wish Charlotte was here.” For me, she is always missing. They call it a “baby loss,” and sometimes it feels like she really is lost.

She is missing, always. And I miss her. Always.

A few months ago, as I flicked through the channels, I saw that Return to Zero, a movie that deals with stillbirth, was playing. I’d already seen it when it first aired but, despite it feeling triggering, I decided to watch it again. It’s a movie that began as a Kickstarter project in 2013, which is coincidentally the year Charlotte passed away. It was eventually picked up by the Lifetime Channel.

Every stillbirth story is different, but the authenticity of this film provided some much-needed validation for parents who have experienced this type of heartbreak. It’s especially validating for those who may not be able to explain the physical and emotional trauma related to pregnancy loss. Return to Zero does an excellent job of explaining that pain to people outside of the baby-loss community; those who may not be able to truly grasp the pain of those who experience that. It provides a glimpse into the experience and can help to provide what grieving parents need most – empathy and compassion.

There are other shows and movies that have touched on this subject successfully, such as a Grey’s Anatomy episode involving a child who is diagnosed with a terminal bone disease in utero. The parents choose to deliver the baby and, in this scene, the baby lives for only moments and then dies in the mother’s arms. It’s another example of seeing a preterm baby delivered and passed away that brings the reality of baby loss into the homes of those who have not been through it and, perhaps, cannot even imagine it.

I’m grateful for the recent on-screen attention this topic has received, and the sensitivity with which it has been addressed. It really helps to raise awareness, especially to those who interact with parents who’ve lost a baby. It helps them to be a little more understanding. But there are also depictions that perpetuate some incredibly-damaging stereotypes about grieving parents.

A common trope seems to be that mothers of stillborn babies fall victim to a sort of psychosis and become compelled to kidnap another woman’s child. Though these seem to be older, outdated depictions, I can’t help but wonder if there are people who genuinely feel that this is an accurate depiction of baby-loss moms. I wouldn’t have taken these depictions so personally before losing Charlotte (though I did wrinkle my nose when I saw them).

Bereaved parents already feel so much pressure to quickly return to a state of normalcy so that everyone else can feel comfortable and happy. Now, apparently, we also have to convince people that we are not going to stalk the maternity ward in search of a baby to steal. Stories like this make me all the more grateful for films like Return to Zero, which depict us as complex humans rather than dramatic plot devices. That sort of genuine, sympathetic representation makes quite a difference for parents who have experienced loss.

Charlotte’s third birthday is coming up and it has me thinking about all of these things. If I could leave you with just one request, I suppose it’s to examine how you may have reacted to someone’s loss in the past. If you have ever swept someone’s loss under the rug or made judgments about them regarding a miscarriage, stillbirth or any kind of baby loss, forgive yourself. I have done it too, before I knew better. And then move forward with genuine compassion and empathy. Parents need their feelings of despair to be validated. They need help with whatever struggles may follow the loss. Most parents in the stillbirth community want their child included and remembered. So let them know that you are thinking of them. Let them know that their memory remains very much alive.

October is pretty packed – it’s the beginning of fall, Halloween and, perhaps most notably, Breast Cancer Awareness month. But it is also Pregnancy and Infant Loss Awareness month. I can almost guarantee we all know someone who is impacted by this, though they may not have felt comfortable expressing it. People like Jen are helping to break down some of the stigma surrounding loss and the grieving process. Whether or not you are personally impacted by this, you can help by acknowledging and recognizing this issue.

We can all spare a little time to remember those who are so easily forgotten. You never know who you might help. 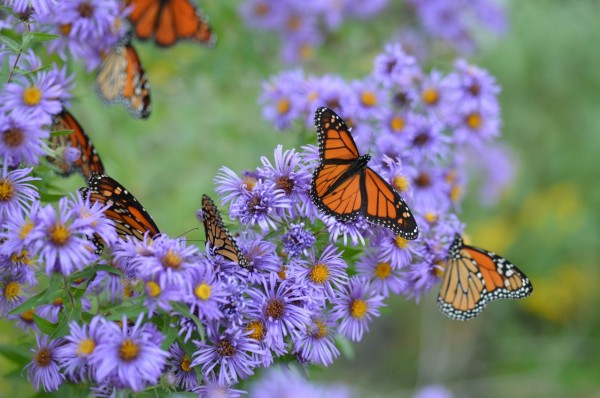