The final shot of this episode brought me so much joy. The Night King having his own undead dragon is a completely unexpected and delightful development that has me very excited for the coming war; especially after Dany easily laid waste to his army of wights with her dragons moments earlier. It levels the playing field and makes it a much closer fight. Also, it just seems fun to explore. I don’t know exactly how an undead ice dragon functions (Does it freeze its victims instead of burning them alive or is the flame unchanged?), but I’m very excited to find out.

However, while that final scene made me giddy, there were so many frustrating moments getting to it that took the wind out of the episode’s sails a bit.

Some of those problems begin with how we got there. It was hard to shake my frustrations from last week, which had this band of explorers going north of the wall for the flimsiest reasons. The whole plan to show Cersi a wight still makes no sense and Dany completely being on-board with it because she saw some lame cave paintings felt forced. There was a lot of lazy writing to get us across the wall and to these big action scenes.

I probably could have looked past those flaws if this episode didn’t double down on the lazy writing. For a while now, the show has completely ignored travel time in its plotlines. Characters can jump from one spot in Westeros to another instantly in order to move the plot along. It’s something we’ve all just had to accept, but this week’s episode completely went overboard with it.

Gendry rode off on his horse as the others were being surrounded by the Night King’s army. Even doing my best to suspend disbelief over travel times, it’s really hard to accept that he is able to make it back to the wall and send a raven off to Dany, who is able to arrive just in time to save everyone. Even if the dead didn’t kill them before Dany could get there, hypothermia would have. Unless Gendry’s trip, the raven’s journey and Dany’s flight north all happened in the span of an hour, it’s hard to accept that she wouldn’t have arrived to find their frozen corpses or zombified bodies instead of actually helping in any way.

Speaking of frozen corpses, we are also supposed to just accept that Jon Snow can climb out of icy water and ride back to the wall without dying of hypothermia along the way. He didn’t even change his clothes. He’s wearing soaking wet, icy clothes that would have frozen in that weather. And yet, his lips weren’t even blue. He was just fine. Maybe it will turn out that he can withstand extreme cold in the way Dany can withstand fire, but unless that it where this is headed, that was just a ludicrous series of events.

Despite the many, many flaws, I did enjoy much of the north of the wall plotline. There were many great character interactions. (Every line that Tormund, in particular, uttered was pure gold.) Visually, the landscape was also so beautiful that I enjoyed the shots of them just walking around. I also thought the battle scenes were fun, even if the stakes never really felt that high to me. I think there was a lot to love about this storyline, but it’s flaws were hard to overlook. 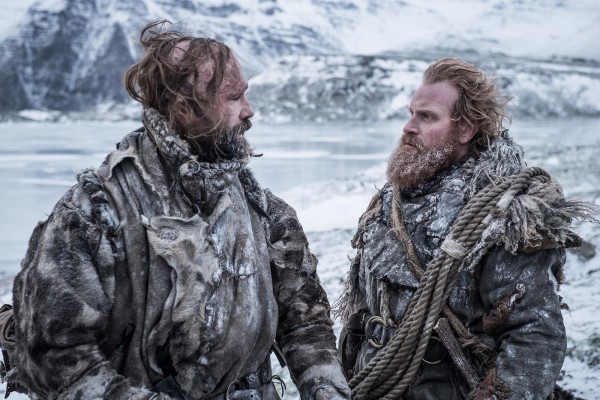 I have less good things to say about the Sansa-Arya plotline. I imagine the writers are just looking for something to happen at Winterfell to keep us engaged with these characters who are essentially spinning their wheels for now until Jon comes back to lead the northern army. But I wish they had gone in a different direction – perhaps by showing us Sansa as a leader who has to deal with problems like limited food/supplies to restless northerners who are itching for a fight. Instead, both Arya and Sansa look petty and stupid for falling for such an obvious ploy by Littlefinger. Sansa knows him better than anyone, so it makes no sense that she can’t piece together what he’s doing. And Arya, too, should be clever enough to size him up and see he’s behind this rift. It’s a dumb, needless conflict that seems to be based around both sisters trying to one-up the other’s suffering. I have no interest in seeing this play out.

Overall, I feel very conflicted about this episode. There were scenes I quite enjoyed, but a lot of questionable writing to get us to those moments. I also am very worried about next week’s finale, which seems to revolve around Cersi and Dany meeting face-to-face. Since that meeting spawned out of the same terrible plan this week’s events did, I am concerned I will have similar issues with its execution. But hopefully, I’m proven wrong.

After all, they have ice dragons now. And that’s pretty damn exciting. 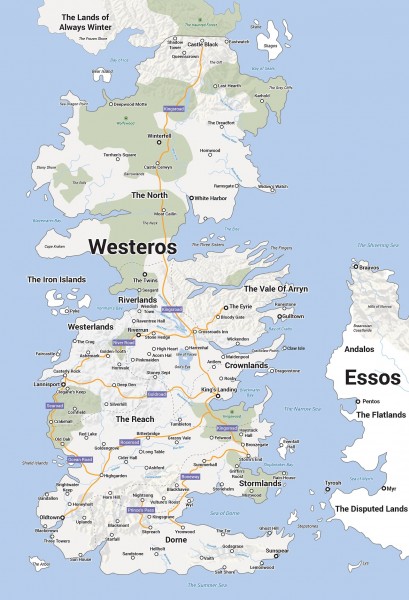