My mother and I have a long-standing inside joke that throughout my entire life I have predominately been friends with boys. She says that even as a young girl, while the other girls would bring home stray dogs or cats, I would bring home a stray boy here and there who needed a bandage on their knee or a juice and cookie intermission between juvenile shenanigans.

As a young girl, I hated the New Kids on the Block. I remember arguing in the school line with another girl my age that their music was stupid and they would never be The Beatles. I hated Barbies. I had one Barbie and it was only so people stopped asking me why I didn’t have any Barbies. I didn’t like to gossip about boys and since I was friends with most of the boys they were talking about I was uncomfortable discussing them. I used sleep over parties as a way to stay up late and watch re-runs of Tales from the Crypt as the other girls gave themselves makeovers and played Bloody Mary in the bathroom mirror. I didn’t own anything pink until I turned 27.

As I’ve grown up, it hasn’t changed. I’m more comfortable around men. I have to often struggle to connect with women on a deeper level because I frequently find myself not really having much in common with other girls my age. I like going to bars to drink, not to dance. I curse and burp and I tell dirty jokes. I just learned how to do makeup last week, and I still don’t know how to style my hair. I hate chick flicks and often make fun of their commercials as they come on TV. If I wear a dress it’s simply because I don’t feel like wearing pants. I don’t get excited and scream when Coldplay comes on at a bar. I don’t care about every little pore on my face or need to discuss my weight or new diet for hours and hours. I kill my own bugs. I buy my own drinks. And they’re usually brown. Not fruity or sweet with an umbrella on top.

It’s not that I haven’t tried. Many times I’ve tried my hardest to fake it to no avail. I was out once with a former roommate and a group of girls who discussed specific episodes of Full House with great detail and excitement, and afterwards I was called antisocial because I didn’t partake in the dialogue. The less I have in common, the more quiet and uncomfortable I get, which often equates to not being friendly. What gets worse is when you choose not to talk poorly about others or gossip with a group of girls, you’re gossiped about. I learned this the hard way at work, where I can often hear others talking. It becomes a choice one makes to either sit alone reading Reddit all day or actually interacting with those around you. I chose the former. Thank god for smart phones because you can even Reddit at the office Christmas parties!

I’m 30 now, and we’re all getting a little older. I have been very fortunate in that I have been able to keep quiet a few of my long-term guy platonic friends because I have been able to become friends with their girlfriends or wives as well. As you get older the catty, bitchy, jealous phase of interacting with girls dies down considerably and I’ve been lucky enough to have a few friends who are with really cool chicks who aren’t threatened that I have boobs and speak to their boyfriends. The dynamic changes greatly when you reach a certain age in that I haven’t lost a male friend, but gained a female one in the process.

In having grown up and maintained status as a guy’s girl, I am completely comfortable with talking openly about sex. I’m not really shy and I don’t have much of a filter. In the past have often alienated girls I was attempting to befriend in that I’ve been way to open too quickly. But you don’t have that same problem with guys. I once asked a stripper how much a Blumpkin would be while hanging out with a group of guys I know in a strip club. Nothing is too raunchy or perverse.

Somewhere, somehow, the gods of all that is mainstream suddenly grew tired of sparkly sensitive vampires, and blessed us all with Fifty Shades of Grey. Suddenly women all over the world are thinking or talking about rope play, spanking or all sorts of other deviant sexy things. I have not and will not read the books, because I would rather just watch a porn. And if I wanted smut literature I’d read an old Marquis De Sade book. But it’s suddenly gotten so much easier to break the ice with other women. We finally have something to talk about that would hold my interest more then Uncle Jesse’s hair!

Alright ladies! I’ve never said this before, but let’s be friends. I’ll buy you a fruit drink and listen to your cat stories if you don’t mind if I tell you a funny story about how you should never ask a stripper how much a Blumpkin costs. Hell, I can even show you how to tie a proper knot to a head board, after you tell me how to fix my goddamn hair already. Maybe we can finally understand each other now.

At least until the next sparkly vampire comes along. 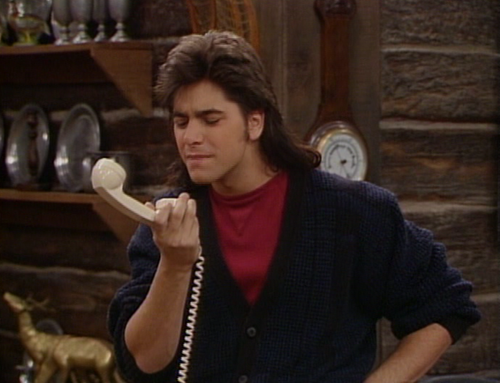