My problem as a guy who wastes a lot of time on the Internet is that I find myself getting annoyed by basically the same few types of behavior over and over and over again. Just when I think I’m finally past getting dangerously irritated by the way people act online, I come across something that just makes my blood start boiling. I can’t help it.

It’s not the stupid crap on the Internet that does it, really. It’s the way people predictably react to the stupid crap on the Internet. People are generally whiny, entitled babies who throw a temper tantrum if the world doesn’t conform exactly to the way they see it. Some handle it and adapt, and most get on Facebook and start throwing capital letters around like they’ve got an expiration date of five seconds from now. (Did you ever wonder, as a kid, what it would be like to hear everyone’s innermost thoughts, completely unfiltered by societal concerns and good taste? Having Facebook really shows you what a waste of time it was to wonder about that.)

I think we, as a society, will probably not figure out this “How Not to Be a Total Dick on the Internet” thing in my lifetime, so I’ve just got to not engage with it on a lot of levels for the sake of my blood pressure, which is already high and ever-heightened by my exasperation with 45 year olds acting like children; as Hank Hill once said, I don’t have an anger problem, I have an idiot problem.

So, I know this is a well I return to with the kind of regularity I wish I could reserve for exercise and remembering to make breakfast every day, but I want to lay down some … well, not ground rules exactly, but some suggestions on how not to be an Internet dick. Just six things that are driving me nuts this week that I want people to realize.

1. Invoking Wheaton’s Law is not a magic shield that allows you to be rude.
This happens a lot in useless fan arguments. I’ll make a joke about how lame Boba Fett is, and some guy who is old enough to be better-adjusted will flip out and insult my parentage and tell me to go do things to myself and tell me I shouldn’t even be on the Internet and how I’m a petty asshole for not worshiping a character who has less screen time and less bearing on the plot of the Star Wars saga than any random Ewok … and then tell me I should be more respectful about the opinions of others and quote Wheaton’s Law: “Don’t be a dick.” Yes, person who told me to go get beaten to death with a hundred cocks for not thinking Boba Fett’s death was an injustice, I will try to be less of a dick.

2. The Internet is not a spoiler-free zone.
People like to talk. People like to watch things. People like to talk about the things that they watch. If you don’t watch a television show when it’s actually on, it will probably be spoiled for you by someone’s comment. That’s life. You don’t get to go on Facebook and throw an exclamation mark-damaged hissy fit just because you couldn’t be bothered to watch the new episode of Downton Abbey when everyone else watched it. Sorry, but you don’t. Everyone in the world is not going to not talk with other people about the thing they watched on the off chance that you might not be up to speed yet. I’ve ranted about this before, but it never stops being relevant, because people never stop assuming — even when they don’t realize they do it — that the world revolves around them and the choices they make in entertainment. We are not put on this Earth to protect you for a few extra days from finding out about plot surprises on your favorite TV show; it’s up to you to avoid places where people will be talking about it, which is basically the entire Internet. You don’t get to go on Facebook and just assume everyone will talk around something, because that’s not how life works, and going on an entitled tear about it makes you look immature and precious. You don’t want spoilers, don’t go on Facebook. You don’t get your way all the time. I feel weird having to explain that to anyone over the age of 10.

3. You don’t get to be the only fan of something, nor do you get to be the original, bestest fan.
This is a massive problem on social networks that skew younger, like Tumblr. Everyone wants to have the first blog devoted to a young actress or a television series or a new band. And when other people start doing their own fan blogs, feelings weirdly start getting hurt. For every well-adjusted fan who runs a blog devoted to their fandom and genuinely enjoys the efforts of others and likes that the fandom of something is building and building, there’s also that angry, bitter, watermarking, proprietary blogger who can’t stand that someone else is coming in and not also loving the same actress/TV show/band that they love, but stealing attention from the fact that they love actress/TV show/band harder, longer and more devotedly than anyone else in, like, the whole world. It’s that idiot gatekeeper mentality that infects so many fandoms. Sorry, but you don’t get to control where and how I enjoy something, and I don’t have to acknowledge you as the uber-fan of whatever the hell it is you’re obsessed with in order to enjoy that thing. And trust me; professional photographers do not appreciate you watermarking their pictures with the name of your fan blog. You don’t own that. You didn’t see it first. There’s a word for someone who steals someone else’s work, puts their own name on it and presents it as something they own. That word usually gets you kicked out of college.

4. You have to experience adulthood before you’re allowed to be nostalgic for your childhood.
Seriously, Internet, enough with the 90s worship. I don’t want to get into a whole debate about whether pop culture in the 90s sucked (even though it totally did, it’s a screechy embarrassment), but there’s one simple fact: everyone thinks the stuff that existed when they were little kids is better than the stuff that existed when everyone else was a little kid. It’s just when you happened to be born. That’s all it is. And when we’re adults, we take comfort in remembering a lot of that stuff because we all pine for a time in our lives when things were simpler, we didn’t have to make so many decisions and we had no idea that too often we live one late paycheck away from losing everything. That’s just human nature. But come on, if you’re really looking back wistfully to the time when Toy Story 2 came out, you are not old enough to be experiencing that kind of nostalgia, because you’re probably 20 years old. You haven’t dealt with the realities of being an adult long enough to warrant that kind of self-indulgence. Maybe it makes me a crotchety old codger, but I don’t really care. We all have places in time we’d like to revisit. But it’s experiencing the highs and lows of truly being responsible for yourself that give those memories their sweetness. If you’re in your 20s and you’re nostalgic, you’re just afraid to grow up.

6. Seriously, no one cares anymore that you hated The Phantom Menace.
It was 14 years ago! Your dislike of a movie is starting high school now, it’s time to stop nurturing it so intensely. If your disappointment with a single movie is still so profoundly upsetting to you this many years later, then please, see a therapist and stop talking to the Internet about it. Move on with your lives. Take that energy and reform healthcare with it. For the sake of the family that maybe still loves you, stop being such a complete turkey and grow the fuck up.

Just six things that I know everyone is frustrated by, and yet no one will keep in mind when someone says that Spider-Man is a great movie, because there will always be someone who just can’t let that go by without having to correct you because Green Goblin’s costume wasn’t “right.”

Remember, kids: it never gets better. Petty, childish, entitled arguments will always happen. Every day. Constantly. There are always boors and poseurs and selfish me-monkeys in life, no matter where you go, and being on the Internet simply opens up the possibility of running across more of them. It’s the dichotomy of existence: we yearn for connection and companionship and commiseration, only to find that there are few people who are truly worth the effort. Life really is high school with money.

The nice thing about growing up is that, unlike high school, you get the chance to limit your contact with the people who are annoying dicks about it. 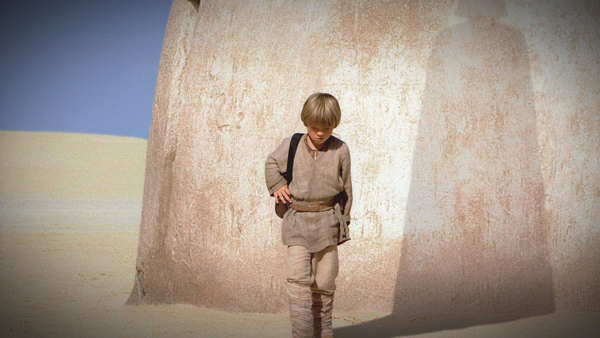 A Million Universes - The creativity of steampunk
Murphy's Law - Unplugged