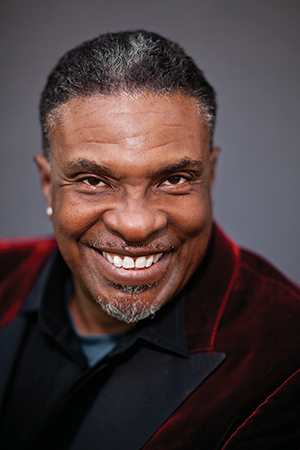 From Platoon to There’s Something About Mary to Requiem for a Dream, Keith David has had memorable parts in a wide range of films. His unmistakable baritone voice and utter commitment to whatever part he’s playing make him memorable in every role he undertakes.

In his new film Boiling Pot, David plays Agent Long, an investigator looking to get to the bottom of a horrific, racially-motivated crime. The film is based on real events that took place on a college campus in 2008.

We recently talked to David about racism in America, the fact that he’s always working and the chances of getting a Community movie.

You have a very eclectic career. How do you choose projects in general and what specifically attracted you to a smaller indie movie like Boiling Pot?

It’s always about the story, the subject matter. I really particularly was drawn to this movie because it’s about racism and how it effects all of us. Anything that brings that to our consciousness interests me because the only way that we are going to ever eradicate racism is to be aware of its subtle effects on all of us.

We see all the big stuff. We see people getting murdered in church and how that manifests itself, but what about that kid’s upbringing? What brought him to that? What makes him think that continuing to think like that is okay and what in his environment is not supporting the fact that it’s not okay to continually harbor those thoughts of hatred against anybody, and where did he have an outlet to express that, and to get that nurtured? That’s important.

What’s interesting is that’s your character’s role in the film. You’re the one trying to piece together how the events happened. How do you prepare for a role like that?

I lived over 50 years in this country. I’ve been a black man my whole life. So unless it’s a period piece about the effects of racism, I lived that reality. And how to deal with it, not to become a victim of it, not to let it victimize my whole being and make me walk around hating people, and harboring hatred in my heart for anybody. If anything, I feel sorry for these blatant racists out here the way you would feel sorry for a cancer patient.

Did you find yourself doing any research into the specific events, the real life events that the story centers around or did you just go with what was presented in the script?

There are those of us who’d like to think that because we don’t consciously harbor racist ideas and thoughts that it doesn’t exist. It may not exist in our little world, but it exists in the world at large. You don’t have to be of it, but you need to be aware of it.

Do you think that that’s a challenge for a film like this? Do you think it gets harder to get people to watch a film about racism when these events are so commonplace?

No. I think one of the good points of this film is it is the kind of film that will get you to start thinking about it. One of the statements it makes is that we are all guilty. We are all guilty of some form of racism and we have to be aware of that. If we are to overcome whatever form of racism that afflicts us the most, we have to become aware of it and not be afraid to talk about it, to expose it, and then eradicate it.

What is your overall outlook? Do you think things will get better?

When you’re filming a movie like this, do these conversations come up on the set? Is this something that cast members would talk about or does everybody focus on the work and not really get into larger discussion?

How long were you involved in this production? How long was the actual shooting schedule for you?

Mine was just a couple of days. I know I was called on Super Bowl Sunday, that I know. They shot me in a very short period of time.

You stay very busy as an actor. While you’re promoting this, you’re probably also filming other things. You have a new show for Oprah’s network that you’re working on, Greenleaf, and you recently did Community. Are you in the middle of a lot of things at this point?

Yes. Thank God I am. I am in the middle of … For the few minutes it takes me to talk to you, that is not a great inconvenience, and the cause is greater than my inconvenience. 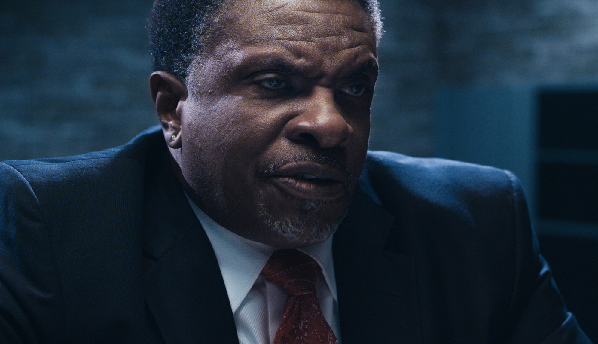 Do you get downtime?

I do get some downtime and you sound like my wife. I do get downtime and I’m trying to spend as much time with my family as I can right now as I’m getting ready to embark on another project.

You’re a national treasure and we want you to take care of yourself.

I really appreciate that.

If you’re in New York or in Atlanta over the next couple of months, I will also be trying to do a little club act. You may see my name pop up appearing in a club. If that’s so, please come out and see it.

Can you talk a little bit more about that or is it too early to get into the specifics?

I’ve had to cancel some hard dates that I had, so I don’t know when it’ll come. Probably late November and December, you can look for it.

What is the act? Can you talk a little bit about what people would see?

It’ll be me singing. I like to sing songs that talk about love and romance, so it’ll be a great romantic evening for you to take your lady to and enjoy each others company while you’re sharing a little time with me.

Is it original stuff or covers or is it a mix of both?

It’s a mix, a lot of covers, a lot of standards, a lot of Nat King Cole. I have some other stuff in there as well.

How often do you get to sing professionally?

As much as possible, you know what I mean? Other projects come along and I get preempted. I’m working on being out there much more and I’ve been working on this CD for years now. Hopefully, next year you will see it.

Awesome. Will that be all original stuff or will that still be a mix?

There’s a certain segment of the audience that would get upset if we didn’t ask this next question. Do you know anything about a Community movie? Is that something you would be interested in doing?

Of course I’d be interested in doing it and I’m hoping it happens. There’s some talk about it. Right now it’s just talk. I don’t know how close to reality it is, but I think we’re all hopeful that that comes to fruition.

What does the future hold for you?

I leave that in God’s hands. I’m no predictor of the future. I hope to continue being alive long enough to continue the work and to do great projects. That’s what I’m hoping. 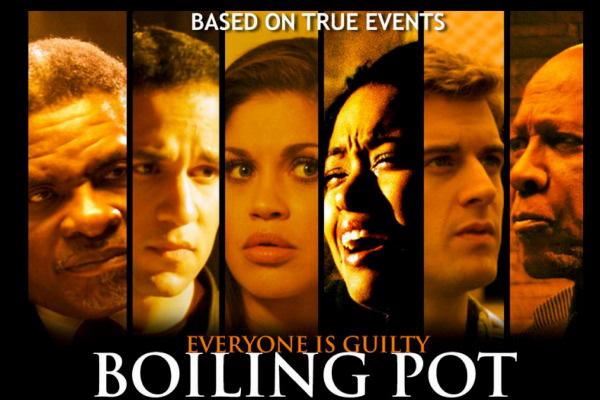 Interviewed by Joel Murphy. Find out more about Keith David’s upcoming projects at KeithDavid.com. Boiling Pot is currently available On Demand. Learn more at BoilingPot.com. Check back tomorrow for an audio version of this interview.