Joel Murphy and Lars Periwinkle are back with the third annual Mabel Memorial Hobo Madness Tournament and this one looks to be their toughest one yet. They are attempting to crown the greatest Simpsons episode ever. And they’ve recruited the help of Molly Regan and Andy McIntyre to decide the winners.

This week, they start with 24 episodes broken into four categories – Homer’s Wacky Adventures, Road Trips/Vacations, Simpsons Family Episodes and Side Character Episodes. By the end of the episode, they have that whittled down to eight.

Which episodes will advance? Which relationships will be tested? Why are they doing this to themselves? The answers to these questions and more are in this week’s podcast.

Make sure to check back later in the week to vote for your Elite Eight favorites. 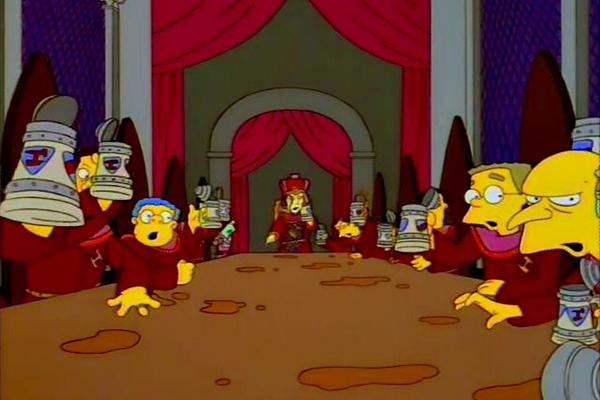