Look, I’m going to be honest with those of you out there reading this on the interwebs… yes, both of you … this column has gone through a massive, last minute, Grey Goose and Cranberry-fueled overhaul, written mostly during commercial breaks in a Lifetime Movie Network presentation of Hidden Away starring Emmanuelle Vaugier’s intricately sculpted eyebrows so …

NO, that is not eyebrow shaming. Go Google her, they’re mesmerizing. Don’t stare too long, though, or you may never make it back – it’s like she’s wearing a YouTube cat video on her forehead.

Anyway, this week’s installment of “A Cinecle View” was originally conceived as a complete takedown of Fresh Off The Boat star Constance Wu’s Twitter-nutty over the trailer for the Hollywood debut of acclaimed Chinese director Yimou Zhang’s The Great Wall.

Wow. She got her “White man has to save the primitive culture” theory from that one minute and 25 second long MONSTER MOVIE trailer?

My wife and I don’t know anything about plumbing so we have one of those – I don’t know the technical term … “pipe mender” guys. My mother knows nothing about car repair so she has a “make the car go again” guy. From the trailer, it looks to me as if the Song dynasty has no need for a white savior, but that they may have posted an Angie’s List ad for a licensed, dependable “CGI creature-wrangling” guy, and for all we know from the footage presented, Matt Damon’s character may just be the world’s foremost expert on monster infestation removal. Not the culturally-insensitive leader of a society, but a simple sub-contractor or consultant hired for a very difficult, specialty job.

And, like it or not, “art” at this level is commerce, Damon himself is box office gold and Chinese produced films have a long history of not making enough money in the US to make their investors happy.

As an added bonus, the time period in which the flick is set gets Tyson Beckford off of Matt’s nuts without Matt having to make like Michael Flatly with his new “Jason Bourne has a gun but he mostly just points it at people, and only fires it in self defense when there is no other option or to keep from violating Chekov’s Gun, so I’m not a hypocrite … anymore” dance. So everyone wins!

Except maybe Wu. I was going to dismantle her in this space, but unlike some Internet “journalists,” I do a fair amount of research and while I don’t agree with many of her political views … I like her and I like what she’s DOING to support her beliefs. Her sitcom is great, she’s fantastic in it and, while her rage at this movie may turn out to be a steaming pile of prejudice and erroneous presumption, there is absolutely no doubt that she means well.

Wu is constantly pimping the work of Asian-American artists, authors and filmmakers on Twitter, trying to make a difference in the media representation imbalance THE RIGHT WAY, by PROMOTING PEOPLE WHO ARE ACTUALLY USING THEIR OWN, UNIQUE VOICE TO CREATE AND TELL AWESOME, ORIGINAL STORIES THAT ACCURATELY REPRESENT THEIR EXPERIENCE. If everyone would take that approach to the problem instead of yelling at the straight white guys for not telling stories about non-straight, non-white, none-guys, diversity will eventually take care of itself. Thanks for that, Constance Wu; PLEASE keep doing what you’re doing.

All I have left to say about her rant is this: Judging a movie based on its trailer is NEVER a great idea (I’m looking at you, Suicide Squad) and it’s incredibly naive to say that “Mad respect” is more valuable than money. Try paying your mortgage with “Mad respect” and you’ll receive a foreclosure notice from your bank that definitively disproves Wu’s theoretical “cash to street cred” exchange rate.

But if Wu’s speculation is correct, and the actual film turns out to be The Great Wall: Good Will Tarzan Saves The Day For Those With Great Math And Karate And Laundry Skills But Who Suck At Driving, then, yeah, not good, Universal and Legendary! Let’s stop doing that, okay? Please?

Besides, there is actually a much bigger problem with this trailer that is nearly unforgivable and it’s this:

YOU DOUCHEBAGS HAVE THIS FACE… 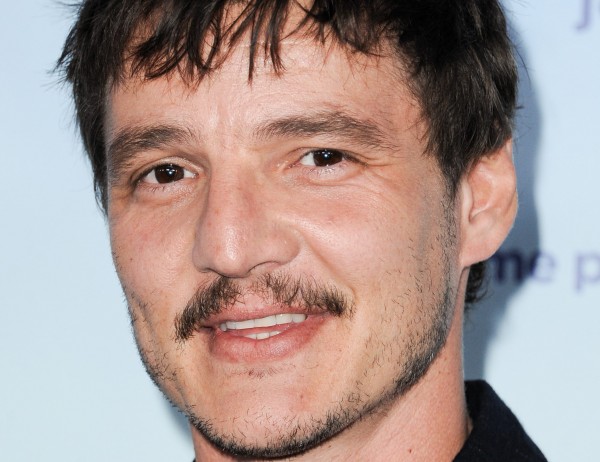 … IN YOUR MOVIE AND WE ONLY SEE IT FOR FOUR SECONDS IN THIS TRAILER? REALLY?!?!?!

You have arguably the coolest, most suave character to die a premature death in an INTERNATIONAL TELEVISION PHENOMENON in your movie – IF WE’RE NOT SEEING THAT CASUALLY DEVILISH SMILE AND THOSE SMOLDERING EYES STARING BACK AT US FROM EVERY PEICE OF MARKETING MATERIAL ASSOCIATED WITH THIS FILM, THAT WOULD BE THE REAL CRIME.

Because whether it’s one on one combat or Alpha predator pest control, I’m taking Oberyn “The Red Viper” Martell over Jason “$74,627 Per Word Spoken With Furrowed Brow” Bourne any time, even if Oberyn is armed only with his spear and Bourne not only has a gun but decides to actually fire it. Yeah, I did the math on that nickname before I coined it, and yeah, I have a man crush on Pedro Pascal. But I digress …

Martell also has the superior bench squad in the Sand Snakes. Who’s got Bourne’s back? Sara from Save The Last Dance and Gerda from The Danish Girl? Please! Oberyn’s victory is all but guaranteed. (Unless of course, Bourne can catch Martell soliloquizing about his sister instead of delivering a death blow; history tells us that The Red Viper has an admittedly terrible win/loss record in that particular scenario.)

And after Oberyn is done with Bourne, he’d seduce the “Great Wall monster” with one of his silky smooth speeches about pleasure and hedonism and make sweet, sweet love to it before …

NO, EMMANUELLE! DON’T GET IN THE MOUNTAIN SIDE GONDOLA LIFT WITH THE EX-HUSBAND THAT YOU FAKED YOUR OWN DEATH AND THE DEATH OF YOUR DAUGHTER TO ESCAPE, HE’S TRYING TO KILL YOU!