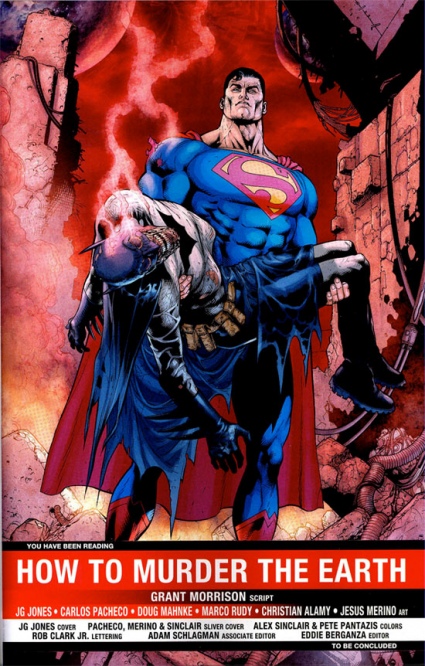 This past Wednesday, Bruce Wayne was tragically killed by the evil god Darkseid, who used his Omega Sanction to reduce Wayne to nothing more than a charred corpse.

As you can imagine, this news has hit Joel Murphy and Lars Periwinkle rather hard. The dynamic duo can’t quite comprehend why the evil writer Grant Morrison would choose to kill off their beloved hero. This week, they explain why this latest publicity stunt by D.C. Comics is destined to fail and they try to convince the powers that be to bring back Bruce Wayne before they do something that they will truly regret (like handing over the Batman mantle to Robin).

Why would D.C. Comics choose to kill off Bruce Wayne? What would Lars do to Grant Morrison if he got his hands on him? In spite of their grief, can our podcasting team actually manage to talk about the NFL playoffs, Obama’s inauguration and young Adolf Hitler Campbell? The answers to these questions and more are in this week’s podcast.