Let’s do this. First, the picks. Italics is my wishes and dreams; bold is who will actually win.

I’m still working through Breaking Bad and have not actually seen this past season, but I got enough “holy shit, holy shit, holy shit” GChat messages about it that I know it was probably outstanding. Also, Mad Men will still probably take it home, but a girl can dream. I MISS YOU EVERY DAY, BEN LINUS.

I’m pleased J. Margs is having a good resurgence year and she certainly deserves it, but Glenn Close was absolutely spectacular this season, and if Damages can’t be nominated for Drama Series, which it really should have been, since this season rivaled the first for sheer greatness, then I’ll give it to my favorite cutthroat bitch Patty Hewes every year. If you’ve never watched it, and you probably haven’t, which is why it’s going to DirectfuckingTV next season, Netflix it immediately.

Per uszhe, and I understand deservedly so, it will probably be Bryan Cranston. But Michael C. hasn’t nabbed one yet and that makes me a sad panda.

They should all win. Three-way tie. Martin Short was ridiculous great as Lenny, the creepy lawyer, and Locke and Ben took turns making me cry a bunch in their alternate, non-island, purgatastic timelines. If I have to root for one, I’m pulling for Martin Short. His wife just passed away, and he was just so great, I want happy things for him.

For being the co-lead, Rose Byrne gets ignored a lot come awards season. This season, she certainly didn’t have as much to do, but she’s held her own against Glenn Close for three seasons now and, dammit, she deserves it.

I’ve never even watched Glee and I’m over Glee. 30 Rock started out slow this season, but by episode six, it became excellent. The nominated episode, “Dealbreakers Talk Show,” is possibly my favorite episode of the whole series.

I’m going to just assume Shalhoub will get this for his last season, but I’d love it if Dr. Sheldon Cooper won. He’s hilarious, weird and he stole the show right out from under poor Johnny Galecki.

JUST FUCKING GIVE IT TO HIM ALREADY.

The Janes are both hilarious and I’ve loved them both for a long time. I’m perfectly fine with Lynch winning, because I love that this formerly underrated woman is finally getting her due, and I just hope the same happens for Krakowski.

Pre-show is on in the background as I type this, and I would like to comment on the following things: Betty White looks like a beautiful watercolor pond. Billy Bush was awkwardly grabbing at Jane Lynch’s tummy place. Maria Menounos is using a fake serious journalist voice. Great Christ, Betty Draper, what the fuck are you wearing? Joel McHale is hot. Why does Eva Longoria still get invited to things? Tina looks stunning. Will and Amy are adorable and I want them to be my neighbors and have General Foods International Coffees with them.

There. That was the pre-show. You’re welcome.

In the immortal words of Jack Donaghy before he went gay all over Matthew Broderick, let’s do this.

7:00 – Smart Cars. Yes, I still find them hilarious, but I know that their hilarity timeliness is that of Furbys.

7:01 – I find Lea Michele unspeakably irritating. Her and Kate Gosselin in the same sketch? Only the power of Tina Fey, Jon Hamm and Betty effing White could save the day.

7:06 – There was nothing I didn’t love about that. Except Kate Gosselin getting a check.

7:08 – For popping out a kid every other month, Amy Poehler looks amazing.

7:10 – This comedy montage has had all the Sheldon Cooper, Barney Stinson, Modern Family and 30 Rock a girl could want. And all the Two and a Half Men clips were Jon Cryer.

7:12 – I really need to get around to watching Modern Family.

COMMERCIAL SIGN! Okay, what is the deal with this CGI owl movie? There are two things I loathe: CGI dancing animals and CGI wizened owls.

7:18 – I love that John Hodgman has become the NPR commentator for the Emmys the past two years. I like when Hodgman happens.

7:19 – Foreign people are adorable. That is something I learn constantly during award show presentations. It’s writing. I love the writer interviews. I wish they did it for every award.

7:22 – Ty Burrell is wearing the fanciest suit. He looks like Link Larkin.

7:23 – I wish Stephen Colbert presented everything. From awards to grocery store samples to his butt like a monkey. Just everything. It’s Supporting Actress. Come on Jane and/or Jane.

7:25 – Damn yeah, Jane Lynch. You are made of wonder. I love you so much that I will probably watch Glee at some point despite my Lea Michele hatred and the irritation I have with its seeming never-ending parade of guest stars. Also, CHICAGO RULES. *throws a battery*

COMMERCIAL SIGN! I am more excited for Betty White to guest on Community than I am for my own wedding. 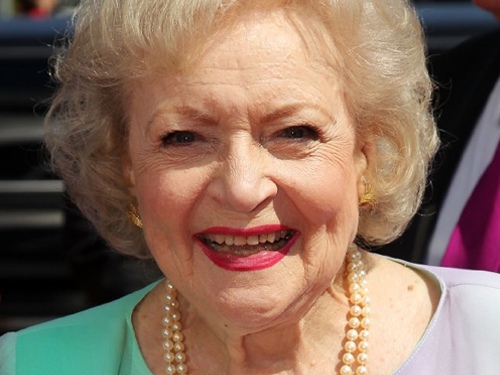 7:31 – I have an undying love for Matthew Perry. It is ceaseless.

7:32 – Betty White and NPH won the guest star Emmys. They are my two favorite people. Possibly more than my parents.

7:34 – Ryan Murphy wins for Glee as a director, and it’s a good time for me to mention my weird seething hared for Ryan Murphy. He really bothers me for some reason. I think it’s the fact that he is constantly talking about plot points on his show, way more than anyone else in the history of television and has started this weird gay-off with Modern Family saying his show is better at being gay because, where Modern Family refuses to show men kiss, his show will have two hot cheerleaders make out, and he somehow is unable to see why that’s a stupid comparison.

7:37 – CLOONEY. He should randomly show up everywhere in everything. Including my bedroom, OH HOLLA.

7:38 – It bothers me when I see LL Cool J wearing a hat that isn’t Kangol. It just seems like a wasted opportunity.

7:39 – HOLY SHIT, THE ITALICS WIN ONE! Jim Parson wins! I love that man. Seriously, I wrote off Big Bang Theory for a while due to its sharing of staff with Two and a Half Men but it’s really a decent show, and Parsons is awesome on it. Aw. He’s just precious.

COMMERCIAL SIGN! I am so there for the movie You Again it’s not even funny. I happen to find Kristen Bell super overrated, but Jamie Lee Curtis, Sigourney Weaver and Betty White in the same movie? Slap me with a fish that’s awesome.

7:45 – I do love Edie Falco. I do not get Showtime. I am comfortably neutral on this.

7:47 – Kim Kardashian, that is a horrifically unflattering dress. You look fat. You should not look fat.

COMMERCIAL SIGN! Full discloszhe, these Oprah Farewell Season commercials are choking me up. People don’t like her, but she’s done a lot of good. And she yells things awesomely.

7:56 – Why do they bring out the accountants every year?

7:58 – Weak, they get to the Damages part of the montage and it’s a scene about Michael Hewes and his old lady baby mama? Lamest plot line of the whole show.

8:04 – The still photo of a not-present Martin Short makes me sad. Him not winning makes me sad, too. Bright side: Aaron Paul’s hot.

8:10 – Typing impeded by a very needy puppy sticking her nose under my hand as I type. It is making me ignore Fillion and I DO NOT EVER ignore Fillion.

8:14 – Bryan Cranston’s daughter looks just like Sam from iCarly … I’ve given too much away.

8:16 – I want to watch this Community Infiniti commercial on a loop for the rest of the night. And then I want Community to receive retroactive Emmys because it was robbed like Orlando Bloom’s house.

8:20 – Question: why was Lily Tomlin nominated as a Guest Actress while Short was nominated as Supporting Actor? I guess so she wouldn’t go up against Rose Byrne, but she had a big part this season. (People, seriously, watch Damages.)

8:23 – Jimmy Fallon has a pretty decent singing voice. This is the first time I’ve heard it, “Idiot Boyfriend” notwithstanding. Oh, I’ll admit it. I owned that CD. Deal with it. ALL OF YOU, DEAL WITH IT.

COMMERCIAL SIGN! So, that Why Did I Get Married, Too Tyler Perry horrible title movie. Is it like Diary of a Mad Black Women, aka, is it a terrifying and devastating drama marketed as a funny black-people-like-dancing movie?

8:32 – I love Tina Fey’s dress tonight. She looks like a fancy saloon hooker.

8:32 – Kyra Sedgwick wins for that show I don’t watch. But I like her. She’s perky and has pretty hair.

9:02 – I always get touched when George talks about Aunt Rosemary. ‘ey, mambo.

9:07 – I never see miniseries anymore. I will have no opinion for like fifteen minutes.

9:15 – Claire Danes just got the music cutoff. As a presenter. Never seen that happen before. David Strathairn just won for … something. I don’t know. He’s the hotness.

9:18 – Jewel prefaces her In Memorium song by saying it’s about her friend who died of cancer. Now I can’t make fun of her. Rude.

9:25 – I love Maura Tierney so much. I still haven’t watched Parenthood because I lost so much interest after she had to quit. She looks beautiful, too. She is pulling off the short hair and her dress might be my favorite of the night.

9:35 – Sookeh’s dress is really hein. It looks like Alexis Carrington got riddled with bullets.

9:38 – Al Pacino and Edie Falco have the exact same hairstyle.

9:39 – Actually, from the front it’s a little more Marlo Thomas.

9:46 – This is so the part in the night when I start petering out and only writing every seven or eight minutes. Fucking miniseries. Not my fault I’m too cheap for HBO or Showtime.

9:50 – Finally, the big two. And the presenter is Tom Selleck! Awesome. If the rumors of a third Three Men and a Baby are true, I will be the happiest cookie in the crisp box.

9:52 – Okay, Mad Men, look, I love you like Sally Draper loves flicking the bean, but I wish Lost had gone out with a gentle hug at least. It got dick.

9:57 – Modern Family wins! As I only like it on principle, having not watched it yet, I got nothing. Sorry to end so limply.