A widely known Hollywood fact is that female leading ladies set ridiculous beauty standards in which women starve themselves, cover themselves in glitter or pink and shiny things in an effort to be a bombshell Barbie Playboy standard. However, a lesser known new age in unrealistic standards, the age of the Manic Pixie Dream Girl, is now upon is. You may not recognize the term, but you all know the girl I am speaking of.

For over 75 years, Hollywood writers have been creating a delusion that the counterculture girls who live a life against the grain were put on this earth to save angsty, whiny sensitive young men with untapped potential from imploding from the weight of their own lives. These eccentric women serve as an oasis of sorts for hoards of nerdy men who have been rejected or simply want more than the typical cheerleader popular girl mold.

The term Manic Pixie Dream Girl was coined by film critic Nathan Rabin to describe a Kirstin Dunst’s character in Elizabethtown, describing her as “that bubbly, shallow cinematic creature that exists solely in the fevered imaginations of sensitive writer-directors to teach broodingly soulful young men to embrace life and its infinite mysteries and adventures.”

Offbeat women have been represented at all times in popular culture, but never before has the Manic Pixie Dream Girl been so widely epitomized in mainstream culture. With the hipster generation upon us, independent movies have never been more widely received, with entire cable channels and theaters dedicated to broadcasting all that is un-mainstream. It is far more common to see a mid-twenties young adult covered in tattoos or piercings. Entire porn sites have been erected (pun intended) to idolizing women who are purposely and intentionally different (known as Suicide Girls, who have been gaining popularity and momentum for over a decade).

But hey guess what? Surprise! Dream girls don’t exist. The Manic Pixie Dream Girl is no exception to this rule.

There is a great misconception that if a girl doesn’t fit the Barbie mold that she isn’t self-centered and vapid. In all honesty, the more outlandish and quirky your look is the more effort it took to create it. An illusion is at the end of the day still an illusion … and offbeat is no exception to this rule. Pink hair for example. To create the perfect shade of hot, rose or salmon hair, hair must be first bleached, stripped of all color and then re-dyed once that perfect shade is found. The more hair colors a girl has the more the process is completed. In all likelihood your perfect anti-maintstream vapid stereotypes spends a whole lot of time looking at herself in the bathroom mirror. The thicker the black eyeliner and the redder the shade of lipstick means more time, care and work were put into creating that look, which in all likelihood means the girl is very high maintenance. Just like Barbie.

The more music, art and books she knows holds the same principle. It’s hard to have any real sort of life, family interactions or responsibilities like a job if you spend your days reading obscure books or listening to Internet streams of bands that only played one show in a garage halfway across the country. Good taste is one thing and knowledge of awesome is another, but Kirstin Dunst’s character in Elizabethtown is a prime example of the unrealistic expectations of the classic Manic Pixie Dream Girl. For those of you who haven’t seen the movie, she creates an entire cross country road trip scrap book full of well-thought-out, respectable songs and obscure pit stops for a complete stranger boy she met three days prior.

To go further into crushing your little quirky girl dreams, more times than not anyone putting that much effort into being that awesome for a boy is very bluntly stated crazy, needy and highly dependent. “Look at me! I am so awesome! Love me” is a very deliberate illusion girls use to latch on to sensitive men who seem like they might be lonely enough to idolize them enough to not hurting them. The girl who latches on so hard attempting to saving someone is attempting to secure herself the dependence of a man who clearly has no way of functioning without them. Even in movie form, the Manic Pixie Dream Girl often anchors herself to men in distress who either just broken up with someone, lost a job or living is living in a constant state of depression. When these men start to come to grips with reality, often they are left heart broken simply because the girl they thought they loved was a great lie. Zooey Dachenel’s character in 500 Days of Summer was a great example of a girl being upfront and honest with a boy she didn’t have the same feelings for, but he let his fantasy of what he wanted her to be block any functioning relationship from actually developing.

Now, let’s for a second pretend like this beautiful, amazing, intelligent, well-rounded, sane and knowledgeable woman actually exists. The dream girl is real. She’s quirky, perfect, happy and her hair is impeccable even in the rain. Why would she be into a sad sack of shit looking to be saved? Kate Winslet (because she does just about everything just a little better than everyone else) completely nails it when her character Clementine in Eternal Sunshine in the Spotless Mind says: “Too many guys think I’m a concept, or I complete them, or I’m gonna make them alive. But I’m just a fucked-up girl who’s lookin’ for my own peace of mind; don’t assign me yours.”

Chances are in reality your quirky dream girl is out there somewhere listening to whatever band is going to replace The Shins, but ask yourself – are you really her dream guy?

After all, everyone is human. Even your dream girl. 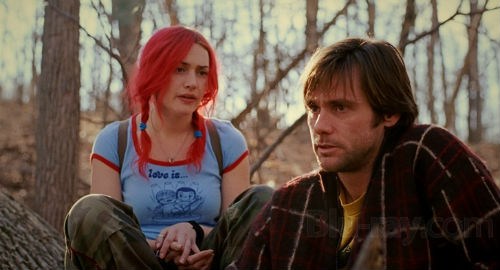