This is a list of … well, not grievances, so much. But these are some things bothering me and which I haven’t really been able to shape into a proper column. But there are some things that have been happening at Disney lately that are bothering me, and as a lifelong fan of animation and Disney, I want to get them off my chest, because I’m annoyed.

Disclaimer: I care about a quality story and something more interesting in animation than slick visuals, a family-friendly story that is also somehow about a goddamn midlife crisis, star voices, the possibility of 11 sequels and an ending where characters dance to a pop song because words are hard. This is why a DreamWorks storyboarder once called me ignorant for not wanting to see a Kung Fu Panda sequel and daring to wish for something more original. So I’m biased, or something.

I really wanted to see the original version of Chicken Little, the one Holly Hunter recorded a reportedly wonderful voice performance for, and not the shitty, desperate attempt to make a Pixar movie that actually came out.

I really wanted to see Chris Sanders’ American Dog. A lot of insiders say the story was bad and it just wasn’t working. I can’t say whether it was or not; I’m an outsider, I’m just a fan. But I wanted to see it; it sounded like a great story, the concept art was pure Sanders, the man who had co-directed and co-written Lilo & Stitch, Disney’s best movie of the 2000s. And he went on to co-direct and co-write How to Train Your Dragon, DreamWorks’ best animated film. So I wonder what I missed. I wanted to see American Dog. I did NOT want to see the movie they reworked it into: Bolt. Bolt was shit from beginning to end. One of those faux-folksy, faux-Americana things where the humor and character suck but hey, America. John Lasseter gave this one to the writer of Cars, which is everything I just described. Sorry, Disney: not good enough, especially after the decade of crap preceding.

I really wanted to see Glen Keane’s Rapunzel, a project which was in the works forever and which had to weather the company-mandated switch from hand-drawn animation to computer animation. I was so fascinated following what bits of the production we actually got to see, and very curious about whether Keane could pull it off. Instead, we got Tangled, which is a cute, vastly overrated movie. I don’t know what the problem was, but looking only at the final film, it seems like the biggest problem is that it wasn’t a smartassed enough Shrek rip-off 10 years too late. It’s got some good moments and one great character, but those are mainly overshadowed by how in love it is with itself for being so goddamn clever. From the writer of Bolt and Cars. (Incidentally, Glen Keane left Disney recently, a company he had been a legend at for 30 years. One of history’s greatest animators.)

I really wanted to see Brenda Chapman’s The Bear and the Bow. Unfortunately, Pixar fired her from the dream project she nurtured for years because the story wasn’t working, and replaced her with a man, because who knows mother-daughter relationships better than men? I haven’t seen Brave, and I hear differing accounts from it. I’ll see it on DVD, because I see everything animated (even when I know I won’t like it – The Lorax), but I stopped being enthusiastic about it as soon as Chapman was fired (she recently described the experience as “devastating”). She ultimately thinks her vision comes through, so I’m willing to give it more of a chance than before, but I felt personally insulted when she was fired from her own project. I just want to see the story that the author wants to tell, not the one that’s been profit-maximized so it fits neatly on backpacks and lunchboxes.

I’d like to mention here that I don’t think Brenda Chapman (who has now left Pixar for Lucasfilm) was removed from the film because of her gender (though the way they crowed for years in a desperate attempt to combat their “boys’ club” image that she was the First Female Director at Pixar naturally opens them up to such scrutiny). But I do think she was removed because Pixar is less interested than ever in genuine creative voices, and doesn’t tell a story so much as it designs a new product brand by committee. (She was hardly the first director replaced at Pixar.) After this experience (and Pixar’s new reliance on sequels, prequels and threequels), I’m starting to just write off Pixar. Pixar just announced Finding Nemo 2. I don’t want to see Finding Nemo 2. Who cares? They found him, story over. I’m not sure I want to see the Monsters, Inc. characters in college, and I frankly didn’t like Cars 2 or the overrated, goopy, tear-saturated, replaced-humor-and-character-development-for-endless-self-important-sentiment Toy Story 3. I find Pixar’s claims of integrity quite tiresome, and the way they fawn all over Hayao Miyazaki’s author-driven films while replacing directors whose stories don’t fit in the same box is starting to seem awfully piggish.

I wanted to see Toots and the Upside-Down House. And I didn’t. Because after giving Tim Burton all of the credit for The Nightmare Before Christmas (a film Disney was afraid of releasing as a Disney film back in 1993) and then rushing James and the Giant Peach into production, Henry Selick’s film (with a Steven Soderbergh script!) was shut down. Selick went elsewhere and eventually made Coraline. Then Disney took him in again. And now they’ve shut him down again. Sigh.

Just some things I’ve been thinking about as Disney becomes Pixar and Pixar continues its slow descent into DreamWorks and everything becomes crap. I’m rooting for the genuine talents getting rolled over here, but I’m not overly looking forward to their newer projects like Wreck-It Ralph (which seems too much like an attempt to do Toy Story again, only with video games) and Frozen (which seems to be Tangled with a different fairy tale but the same smartass approach).

Just, please, god, prove me wrong. Make something I can enjoy instead of something designed for maximum market saturation. 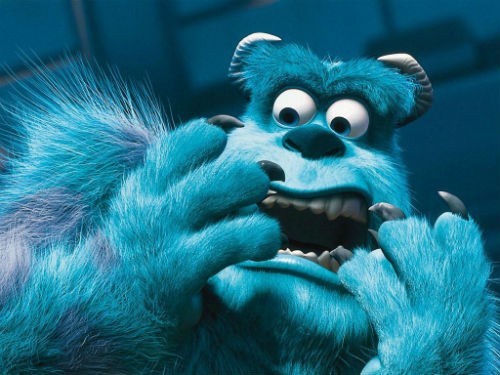