Oops, I mean Veterans Day. Sorry, I just get confused every year after hearing a nonstop string of meaningless platitudes spewed out by unoriginal, unthinking say-gooders. You know, “Freedom isn’t free” and “Protecting our freedoms” and all that jazz.

I have nothing against vets. I just get irritated by the people who are most apt to utter these empty, clichéd tributes. Most often, they are people who never served, never considered serving and, if of a certain age, made sure they weaseled their way out of the draft. Out of a sense of guilt, they heap effusive (meaning condescending) praise on the men in uniform.

But I’m not going to wring a full rant out of disingenuous goobers and their obsequiousness to the military. I’m just using this as a segue into something military-related that is completely overrated: the whole sense of military honor.

I refer first to this David Petraeus resignation. I have no problem with him pulling some side tail. That’s a personal matter. Could his affair somehow have led to a breach of national security? That’s a debate for minds bigger (and less lazy) than mine. But I heard some talking head on one of the Sunday morning political shows go on about how Petraeus did the “honorable” thing and resigned.

Spare me. He didn’t resign out of some high-minded sense of military honor. He resigned because he got caught when the chick he was banging apparently went all white trash with some threatening emails. If he was all about honor, he never would have started banging his biographer in the first place. I guarantee that had the email issue never surfaced, the right honorable retired general would still be fronting the CIA.

Next we have Colin Powell, the former career military man who testified before Congress that Iraq had a passel of weapons of mass destruction they was fixin’ to use on ‘murrica. (I’m sorry. Just writing about the Bush era made me revert to Bush-speak. It’s a sort of post-traumatic shock thing that affects me when I think of the madness the enveloped the country during those years.) When this WMD thing later proved false, Powell confessed that he hadn’t asked enough questions or insisted on more proof and had let himself be trotted out there by an administration hellbent on selling a bullshit but very profitable war to the U. S. citizenry.

Later, while embarking on a pathetic media tour to repair his until-then stellar reputation and legacy, he claimed that he was just being a “good soldier.” Hey fuckwad, you were no longer a soldier at that point. You were the goddamn Secretary of State. You were no longer beholden to some stupid military code that values the mindless following of orders and the revered chain of command. Your responsibility was no longer to your superiors, it was to the American people and, let’s face it, the rest of the world. That’s what your position dictated. But that stupid sense of military honor helped smooth the road to a wasteful, illegal and pointless war. Thousands of dead and maimed vets would like to send you a big “Thanks!” (Of course, many billions-of-dollars-richer corporations would also like to thank you, and their thank you comes devoid of sarcasm.)

And finally, let’s hear it for those honorable Navy SEALS who just got disciplined for revealing too much secure information about the mission that killed Osama bin Laden. Just as with us lesser humans who don’t adhere to some allegedly sacred SEAL code, hubris beat honor and they were running their bigshot mouths about things not for public consumption.

We’re always told how these superhuman killing machines remain silent about their identities and jobs, blending in among the people of their Virginia town with an unassuming humility and anonymity, not needing public adoration for their honorable service. But I guess that goes out the window after they kill public enemy number one under orders from a President they may not like, at which point honor gets shoved aside to make room for media interviews and the writing of best-selling books meant to slam the Commander-in-Chief they’re supposed to serve in silence.

So go ahead and pay tribute to the vets, but stop pretending that members of the military have some sort of moral superiority over us sadly inferior civilians with our cheating, lying and boasting.

I’m sorry I can’t send out a bunch of condescending kudos, but when it comes to what I think about this bullshit honor code, I’m just being honest. That’s the honorable thing to do. 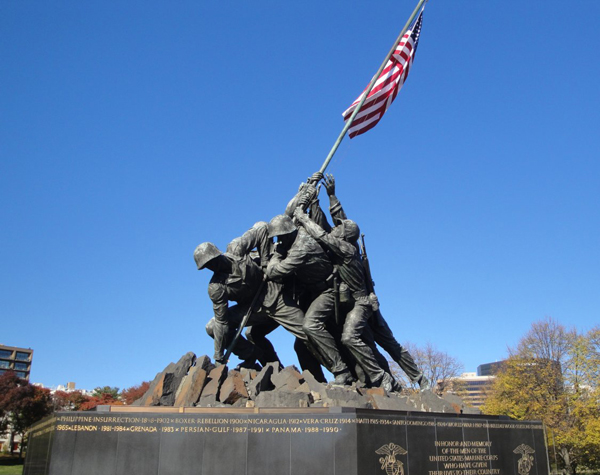