Despite my utter lack of athletic prowess, I’ve spent a lot of time over the years thinking about what my entrance music would be if I ever somehow became a baseball player, professional wrestler or cage fighter (or, as I’ve sometimes dreamed, an eccentric billionaire who hires a guy with a boom box to enter parties before him to announce his arrivals).

When I was in high school, I was one of those “backyard wrestlers” you’d hear so much about. My friends and I would get together and film wrestling shows at my buddy Justin’s house, all of us with unique characters and storylines. I was Big J. And I would come out to the “ring” to “Whatever” by Godsmack.

The whole thing seems ludicrous to me looking back. I can’t even imagine what Justin’s parents must have thought when they looked out the window and saw us beating each other up with cheap aluminum trashcans and plastic baseball bats. Maybe they never looked out the window. Maybe they just relished the silence and were happy we weren’t out doing meth.

Even though the song feels incredibly “90s” now, I think I made a solid choice. “Whatever” has everything you want in a memorable entrance song. The opening is distinct, immediately signaling to the crowd who is coming out (if, you know, we actually had a crowd). And it builds quickly, getting you pumped as you head down to the ring.

As I’ve gotten older, I still keep an ear out for a good entrance tune, even if I have no reason to do so. Songs like “DC Sound Attack” by Clutch or “Bartholomew” by The Silent Comedy or “The Man” by Aloe Blacc get filed away in my brain in case Dana White or Bud Selig call me up one night in need of a new superstar.

But there’s a man out there who has me rethinking my approach to entrance music. And that man is Major League Baseball player and recent Baltimore Orioles acquisition Steve Lombardozzi.

There’s a lot to like about Lombardozzi. For one thing, he’s a local boy made good. He’s from Columbia, Maryland and has now been a member of both the Washington Nationals and Baltimore Orioles. He’s also a switch hitter who can play either second or third base for the Orioles as they wait for Manny Machado to get off the disabled list. But that’s not why I love him.

Lombardozzi won me over when I saw him play for the Nationals two years ago. While most guys in the league use hard rock or hip hop for their walk up music, Lombardozzi made his way to the plate to Jake Owen’s “Barefoot Blue Jean Night.”

Do me a favor and take a moment to listen to this song:

Most guys are playing music either to get themselves pumped up or to signal to the crowd that they are a force to be reckoned with. “Barefoot Blue Jean Night” does none of that. It’s just a ridiculously happy, mellow song that is best enjoyed while sipping a mason jar of apple pie moonshine on the back of your pickup truck.

Now, guys change their music all the time. And Lombardozzi has used a variety of other songs (including, charmingly, Gotye’s “Somebody That I Used to Know”). But here’s hoping that as he takes the field for the Orioles this season, he channels into that carefree, fun spirit of Jake Owen’s ridiculous ode to country living.

A good entrance/walk up song should take you on an adventure. It should tell a story. And sometimes you want that story to be “I am The Game and you don’t want to play me.” Sometimes you want it to be “I’m doing the best I ever did / I’m doing the best that I can.” But sometimes, if we are all being honest with ourselves, we want that message to be “We were doin’ it right / We were comin’ alive / Yeah, caught up in a Southern summer, a barefoot, blue jean night.” 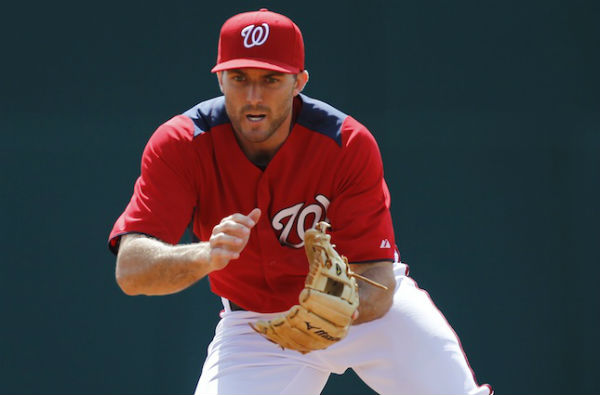