Though it will no doubt go down as the social event of the season (or quite possibly, the decade), it was my hope to in no way discuss Kanye West’s marriage to Kim Kardashian on this site. But Jaden Smith had other ideas. He did the one thing he knew would force me to talk about it … he dressed up as Batman.

In a photo that will undoubtedly show up in history books as a shining example of everything wrong with America today, Jaden appears photobombing Girls Gone Wild founder Joe Francis and Kourtney Kardashian. In the image, which surfaced on Francis’ Instagram after being taken at a photo booth at the Kardashian-West reception, Jaden is inexplicably wearing a white Batman costume. No further explanation is given.

Now we are all left to wonder whether he wore the costume to the wedding itself or whether he changed into it for the reception (presumably either in a phone booth nearby, the back of his limo while his butler drove or in a cave Will Smith built him underneath Smith Manor), but either way it’s something to behold. And I think what really gets me about it is that I can’t decide if its the douchiest or the coolest thing I’ve ever seen. I’m very much on the fence about it.

On the one hand, Jaden is 15, not five. He’s too old to whimsically wear a costume to a public event. That’s something a toddler who wants to wear his rain boots with a ladybug tank top and red overalls can get away with, not someone who is three years away from legally being considered an adult. Just wear a suit and act mature. I know that your parents have given you everything, including multiple movie franchises (and a white Batman suit, apparently), but you still should have enough class and humility to go to a fancy event like this and act like an adult. Pretend your dad has lined you up the starring role in a new film called The Quiet, Respectful Teenager and play the shit out of that role, you spoiled little fuck.

(By the way, I’m giving Kanye and Kim the benefit of the doubt on the “fancy” event thing. Part of me pictures a reception hall filled with stripper poles and champagne cascading down on everyone as they dance to “Yeezus” played in its entirety while camerman film the whole thing for a special on E!, but I’m really hoping they went a classier, more subtle way.)

On the other hand, while I want to shake my head at the kid, I can’t help but be impressed by anyone with big enough balls to try to upstage Kanye West as his own wedding. (Like, how is that even possible? His entire persona is wrapped up in being the most insufferably obnoxious person in a room and Jaden thought, “No, no, I can top that.”) We all know it’s an unwritten rule that you don’t wear white to a wedding … but this motherfucker wore a white Batman costume. That’s not even a real thing. And yet, there he is, rocking it. He invented a new obnoxious costume and then put it on so that he could photobomb a Kardashian and that creepy, disgusting fuck behind Girls Gone Wild. It’s like he’s Batman from an alternate dimension where instead of stopping criminals Batman simply pesters social parasites until they give up their life of crimes against humanity.

So is this kid the worst of humanity – an entitled brat whose parents can’t even say no to him when it comes to wearing a ridiculous Halloween costume to a wedding – or is he a hero – someone willing to thumb his nose at the C-list reality TV show crowd by wearing the most obnoxious thing in his closet?

Perhaps he’s the hero America deserves, but not the one it needs right now. So we’ll hunt him. Because he can take it. Because he’s not our hero. He’s a silent guardian. A watchful protector. A White Knight. 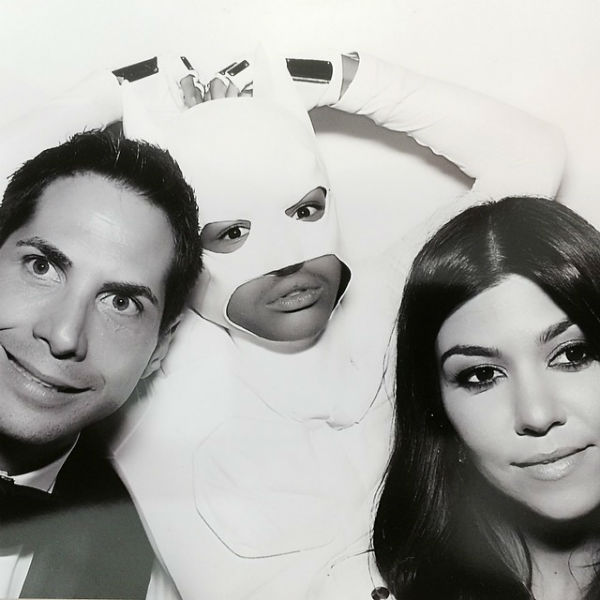