Probably the way in which it most sucks to be a fan of the Marvel Cinematic Universe, at least for me, is that every announcement from Marvel Studios is coupled with fans endlessly speculating about what Marvel will then have to do for its next 24 movies. It’s fun to think ahead and wonder what they might do, but I check out of the conversation when we get to the two dreaded R words: reboot and re-cast.

I think Marvel Studios is smart and knows rebooting the core universe would never work. It’s like Star Wars; there’s too much value, financially and creatively, in what’s already been established.

Recasting, though? That idea gets thrown around so often that it seems like most fans, in a rush to sound all savvy and sophisticated, have already resigned themselves to it as established fact. There’s this weird side to fandom — honestly, probably it’s most irritating side — where actually having something fun isn’t enough, and they get caught up in needing and demanding more and more and more, all the while worried that it might go away. Because why make time to enjoy what you actually have when instead you could just worry yourself into a frenzy over it?

(Aside: isn’t it weird how these people never worry about how running stuff into the ground makes it tedious and takes off everything that makes whatever it is they love special?)

So everyone “knows” that in a few years we’ll “have” to have a new, younger actor playing Tony Stark, and everybody brings up the James Bond example, and I just roll my eyes and maybe groan in annoyance.

Look, I’m just not into it. I’m into enjoying what we have now. I don’t want to see a new Tony Stark every 8 to 10 years because it always has to be a young guy. I’m not interested in the perpetual adventures of this character. It’s the reason I find comic books so tiresome: eventually, you realize that there aren’t going to be any fundamental changes in Tony Stark’s life, because the character’s not allowed to age and he’s not allowed to grow and he’s not allowed to develop, which means nothing will ever really change. That’s not storytelling; that’s keeping a trademark alive.

If Robert Downey, Jr. thinks he’s too old to play Iron Man, then introduce another character to take over the role of Iron Man. Let Tony Stark retire, or spend all of his time doing research and finding other ways to change the world. Here’s an idea: let Tony grow out of being Iron Man.

I’ve said it before, and I’ll bet some of you are groaning at this now, but this is always my problem with Bruce Wayne. Bruce Wayne is uninteresting to me, because after 75 years of these fetish gear shenanigans, the only conclusion you’re left with is that this rich, self-loathing pervert is really only interested in getting punched by guys dressed like clowns to drown out the sound of the wind rushing into the hole in his heart where his parents were. The guy’s never going to grow up and have a breakthrough and realize there are more constructive ways to deal with his fear than beating people up. He’s never going to realize that he’s ultimately powerless to stop bad things from happening and that maybe with all of his vast resources there are other ways he can influence the fight against crime — through the courts, through political action, through legislation, etc.

We’re just going to watch Batman do this same tortured dance forever and ever, and it’s never going to really be that interesting because there can never be a resolution, ever. Even attempting a resolution in The Dark Knight Rises is going to get canceled out a couple of years later because we need to keep perpetuating Batman, and that just kind of devalues the character to me, because any attempts to explore that character don’t have resonance. They can’t, because they won’t even give that movie a little while to breathe. It’s just, hey, reboot, re-cast, on to the next thing. It’s just … product.

Part of what’s made the MCU so much fun is that the actors involved have been so enthusiastic about the characters. Robert Downey, Jr. is Tony Stark now. And I’m not saying that no actor could ever conceivably do it. I’m just saying I’m not interested in that. I don’t want another Steve Rogers. Wouldn’t it be interesting to actually see a superhero franchise move on without the same actor? Explore the ramifications of that. Instead of devaluing all of that character growth by just putting out new installments — which is ultimately what James Bond did for decades before declaring reboot and starting over — just let Sam Wilson be the new Captain America and let the MCU adjust to having a new man in the costume.

You want to keep the MCU meaningful? Two simple words: grow up. 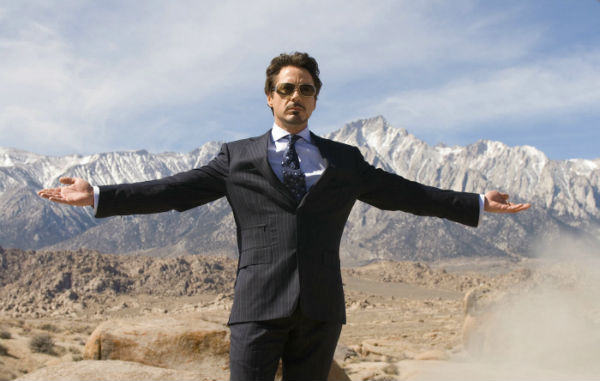