Saul Motherfucking Goodman is back.

I don’t know the stats on how many people watched Breaking Bad, but it was approximately a metric shit ton. While fans of the show pretty much all agree that Vince Gilligan could do no wrong, I’m of the specific opinion that one of the best things he did was hire Bob Odenkirk. (If you all haven’t watched Mr. Show with Bob and David, then that’s your pre-Saul homework.) I was super excited to see that adorable mug on my screen and he did wonders with the character.

So much so, that AMC gave him his own spinoff. Starting next Sunday (February 8th), Better Call Saul will be delivered to your modest little TV screens on a weekly basis.

Didn’t watch Breaking Bad? Well, you’re dumb. (Kidding.) But let me sum it up for you. Saul Goodman is a pretty fucking crooked criminal lawyer. His whole gimmick is that he has no morals and he’ll take on the shittiest clients. (That’s how he got into business with the meth industry in Breaking Bad.) The dude lives in Albuquerque and made up this Jewish persona because he thought it was good for business. He’s actually Irish. (All of this information is important for the recipe below.) He got into some crazy shit that I won’t spoil for you … go marathon the fucking show.

THIS show will be a prequel to Breaking Bad. We get to find out all about the man before Heisenberg. If I wasn’t excited enough, Jonathan Banks is going to be reprising his role as Mike (LOVE that man) and they landed Michael McKean to play Saul’s brother. Who doesn’t want to see more of Michael McKean?! Seriously.

I’m obviously optimistic about this. So much so, that I’m celebrating with the Cheddar Ball Saul Trio. Three cheese balls, made for Saul himself.

This also happens to be perfect timing to make these for the Super Bowl and save the leftovers for the show next weekend.

Not this Sunday. Next Sunday. AMC. Better Call Saul. 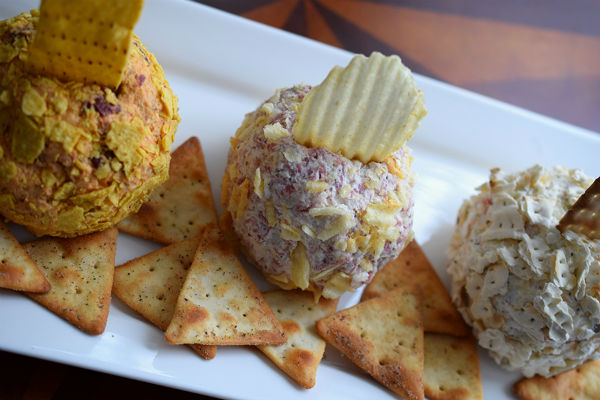 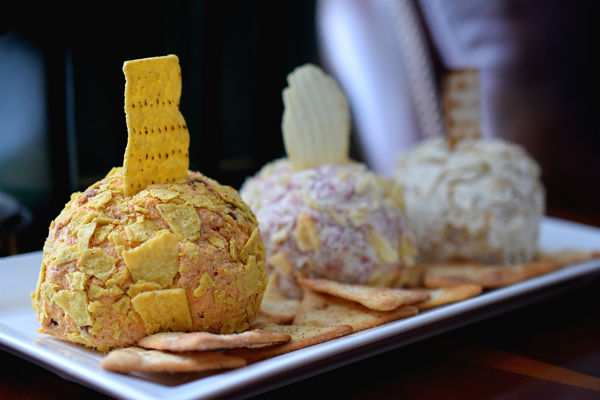