It’s hard to judge Back in Time objectively as a film. It is a fun and often touching look at the enduring popularity of the Back to the Future franchise that fans will definitely enjoy. But structurally, it’s a bit of a mess.

The film’s biggest problem is that it is overly ambitious. Featuring new interviews with cast and crew members, fans and Hollywood writers who grew up fans of the film (notably Dan Harmon from Community and Rick and Morty and Adam F. Goldberg from The Goldbergs), the documentary goes through the creation of the three films and all of the various fan events and gatherings that have cropped up in the three decades since the original film was released. Because there is so much ground to cover, it ends up shortchanging all of these various subplots.

This is most notable when discussing the films themselves. There are odd gaps that the documentary doesn’t bother filling you in on. For example, Back in Time talks quite a bit about Eric Stoltz originally being cast as Marty McFly (after director Robert Zemeckis and writer Bob Gale’s first choice, Michael J. Fox, was unavailable because he was filming the TV show Family Ties), but it only glosses over the other two actors who were eventually recast in the sequels – Claudia Wells and Crispin Glover. 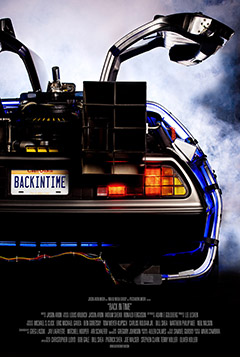 Claudia Wells, who plays Jennifer in Back to the Future, appears in the documentary, but she’s never asked about the part being played by Elisabeth Shue in the second and third installments. In fact, the documentary never even explains why the part went to Shue, let alone explore how Wells felt being left out of the sequels. This feels like a particularly odd omission considering that Wells still routinely appears at fan gatherings and talks fondly about her experience making the first movie.

Similarly, the film talks to Jeffrey Weissman, who plays George McFly in Back to the Future II, but it never talks about Glover’s departure. Considering that Glover actually sued the production for using footage of him from the first film and creatively filming Weissman so that the audience didn’t actually know Glover wasn’t the one playing George, it seems strange to never mention it. Especially since Glover’s lawsuit, which he won, was a landmark case that now prevents new movies from pulling similarly-misleading tricks.

While those are omissions the filmmakers made by choice, the film also suffers because a number of actors from Back to the Future didn’t do interviews for Back in Time, which is obviously out of their control. While it is great hearing from Michael J. Fox, Christopher Lloyd and Lea Thompson, it feels weird not to hear from Thomas F. Wilson, Crispin Glover or Elisabeth Shue. Wilson, in particular, seems like a huge loss since he is so tied in people’s minds to these three films.

There are some really fun interviews with minor characters. Donald Fullilove, who plays Mayor Goldie Wilson, clearly loves being a part of Back to the Future and meeting the fans. It was sweet hearing him talk about how it made him “almost famous.” James Tolkan, who played Strickland, also has a clear affinity for being a part of cinematic history.

After going through the making of the films, Back in Time starts talking about the fans. While I enjoyed hearing the cast and crew reflect on the films themselves, to me this was when the documentary truly shined. There are so many sweet moments involving fans, from an athlete with a disability who views Michael J. Fox as an inspiration to the one fan who proposes to his girlfriend at a DeLorean Time Machine car show.

The most touching story is of Terry And Oliver Holler, who used their credit card to buy a DeLorean and convert it to a Time Machine replica when Oliver was diagnosed with cancer and only given six months to live. With his cancer in remission, Oliver and Terry now are two of the biggest volunteers for Michael J. Fox’s Team Fox for Parkinson’s Research charity, using the DeLorean as a way to raise money and awareness across the country. They might be two of the most sincere and kind people I’ve ever seen and their story is incredibly touching.

Like the portion focusing on the films themselves, the part looking at the fans feels scattered, arbitrarily jumping from topic to topic. But organizational issues aside, it was this half of the film that was the most captivating to me. Due to the lack of time and unavailability of particular actors, the documentary was always going to feel incomplete when talking about making the three films. But these fan stories are new and exciting to hear about and reveal more about why the films have remained so popular over the years. Ultimately, I think Back in Time might have been best served by focusing primarily on the fans.

While it is a flawed and disorganized film, Back in Time is still rather enjoyable. It may coast by more on nostalgia than actual craft, but it is still a sweet and fun look at a franchise that has enjoyed 30 years of unwavering love from its fans. 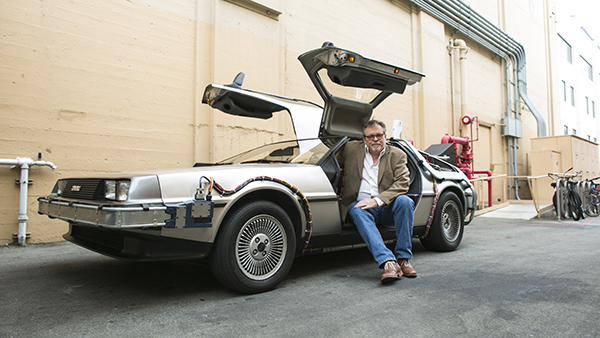