With the title Rock the Kasbah and the casting of Bill Murray as its lead, you likely have an image of the film as a quirky fish-out-of-water comedy about a washed-up concert promoter who goes to Afghanistan for one last shot at relevancy. But director Barry Levinson and writer Mitch Glazer cleverly use Murray’s character as an entry point to tell a larger – and likely much tougher to get greenlit – story about life in modern-day Afghanistan.

Murray plays Richie Lanz, a self-proclaimed-once-great music promoter who now makes a living scamming wide-eyed hopefuls into paying him upfront to make them stars. His only client with any actual talent is Ronnie (Zooey Deschanel), who Richie “promotes” by taking to karaoke nights. It is at one of these “gigs” that Richie befriends a USO tour manager who wants to bring him and Ronnie to Afghanistan to sing for the troupes.

Ronnie reluctantly goes on the trip, but she immediately regrets it as it begins to set in how dangerous life in Kabul can be. So she steals Richie’s passport and money to buy her way back to America. Stranded, Richie is forced to further explore his new surroundings, which is how he inadvertently stumbles across a young pashtun woman named Salima (Leem Lubany) who sings Cat Stevens songs alone in a cave, dreaming of one day competing on Afghan Star, an America Idol-like singing competition. 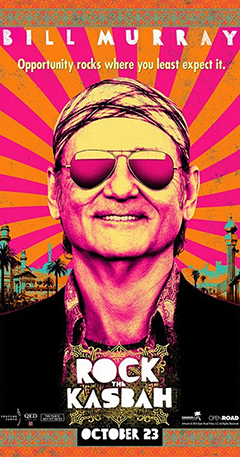 Whether intentional or not, Richie’s journey feels like an allegory for America’s military involvement in the region. He’s a slick-talking American who comes to the country without understanding the culture and decides it is up to him to “liberate” this young woman without really understanding the larger implications of his actions. Along the way, he meets two ruthless, hard-partying arms dealers (Scott Caan and Danny McBride) and a mercenary looking to turn his experiences into a book deal.

While Richie is presented as opportunistic and clueless, the Afghan people are presented as much more complex and sympathetic characters. While Salima is willing to defy her culture by singing on Afghan Star (putting her own life at risk), she isn’t looking to become Americanized or completely abandon her beliefs. Instead, she sees her voice as a gift from God that must be shared with the world. Similarly, her father Tariq (played by Faheem Fazli who tragically recently said in an interview that this role was “the first time in his 25-year acting career that he didn’t have to play a terrorist”) doesn’t approve of her decision to sing on the show, but more out of what seems like a father’s concern for her well-being than an objection to Salima’s aspirations.

It’s a more nuanced portrayal of Afghanistan and its people than you’d expect from a Bill Murray comedy penned by the writer of Scrooged. As Afghan expat and writer Fariba Nawa recently explained:

Mostly, I appreciated seeing Afghanistan through the humanity and smiles of the film’s Afghan characters. I’m used to documentaries about my homeland that depict constant war and relentless death. The street scenes of children playing and the popularity of the show Afghan Star resonated with me. Families still gather to watch the weekly show, voting for their favorite vocalist. To date, winners have all been men, but a few women have risen to notoriety through their participation on the program.

While it is a refreshingly-human look at a region America is undeniably tied to, yet most Americans know little about, it isn’t without its problems. The most troubling is the fact that the film is (very-loosely) based on Setara Hussainzada real-life run on Afghan Star. (The film is dedicated to Hussainzada.) But Rock the Kasbah presents Murray’s character as a bit of a white savior who guides the fictional Salima along her journey when no such person existed in Hussainzada’s life. While the film is careful not to give Lanz too much credit for Salima’s success and it makes his motivations more selfish than noble, it is a bit of a troubling rewrite of history to make him the catalyst for her success.

Salima’s tale is also simpler, more idealistic journey than Hussainzada’s was. The real life story, which was chronicled in a documentary also entitled Afghan Star and a follow up documentary called Silencing the Song, is a bit more tragic. But Hollywood has a long and storied history of rewriting history to give audiences a more satisfying conclusion.

Rock the Kasbah isn’t a perfect film. Fans looking for a silly Bill Murray comedy will undoubtedly be disappointed. And other viewers may be troubled by the white savior rewrite of Setara Hussainzada’s story. But it’s a film about Afghanistan that isn’t a war movie or one that presents the Afghan characters as one-dimensional plot devices. It’s a touching story with wonderful performances from Bill Murray, Kate Hudson and Leem Lubany that focuses on an often-overlooked part of the world.

It’s not perfect. But it’s a noble effort. 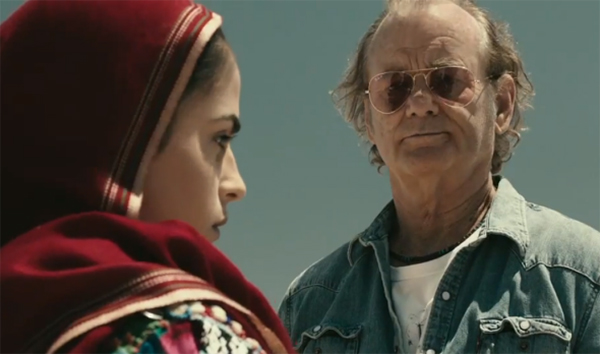