I can’t remember a time before Star Wars.

Being born in the 80s, Episodes 4, 5 and 6 have just always been a part of my life. I watched those films countless times with my parents. An annual rewatching of the trilogy became a part of my summers with my grandparents.

I can’t recall the shock I felt learning about the various members of Luke Skywalker’s family. Or the sadness I originally felt at Obi-wan’s death. Or the excitement of seeing the Death Star destroyed for the first time. These events have always just been interwoven with my life. I’ve always known them to be true. Which is amazing. I wouldn’t have it any other way.

But that also means that I never really knew what it was like to sit in a theater and experience a truly great Star Wars film for the first time. Like many fans my age, I hoped the prequels would be that chance, but they completely missed the mark. I started to believe I would never get to feel that sense of wonder and excitement for the first time again. But then, against all the odds, came The Force Awakens.

This is the film fans have long been hoping for. Whatever George Lucas has done in later years to tarnish his legacy, he created (along with the phenomenally-talented cast and crew of that original trilogy) an amazing world full of limitless potential. The Force Awakens finally recaptures the magic of this universe and reminds you why you fell in love with it in the first place. 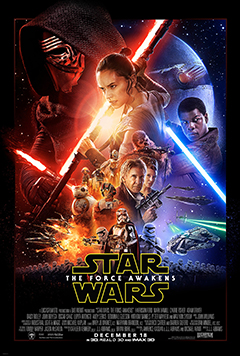 With all of the hype and promotion surrounding The Force Awakens, you already know if you want to see it or not. And most people I’ve talked to who plan to see this film are avoiding spoilers at all costs. I have many friends who are staying off of social media until they see it. Others have told me all they want from me is a thumbs up or thumbs down.

So if you have gotten this far into the review, I’m going to do you a favor and keep it completely spoiler free. Trust me, it’s best this way. You do yourself a disservice if you seek out spoilers instead of just seeing it for yourself. You rob yourself of the first-time viewing experience. Instead, I’ll simply tell you why this film works as well as it does.

The first thing it does brilliantly is that it pays homage to the original trilogy without being heavy handed in its nostalgia. The familiar faces and settings you want to see are there, but used sparingly and organically. There’s a purpose for the people we see and places they visit beyond simply, “Hey, remember this thing you like?” Nothing feels forced.

And, more importantly than that, the story stands on its own. It gives nods to the past, but isn’t bogged down by it. Sure, it uses familiar characters like Han Solo (Harrison Ford), Princess (now General) Leia (Carrie Fisher) and Luke Skywalker (Mark Hamill), but they take a backseat to newcomers Rey (Daisy Ridley) and Finn (John Boyega). Rey and Finn are clearly the stars and are compelling enough to carry the film on their own. Boyega is incredibly charming, but Ridley, in particular, truly shines.

Another reason it works is that director/co-writer J.J. Abrams goes back to basics with the visual effects. Instead of overwhelming viewers with CGI, Abrams grounds the film by using as many practical effects as possible. It brings back the dingy, DIY feel to many of the the droids and settings that existed in those early films and helps wash out the bad taste of the colorful and at-times-visually-stunning-but-ultimately-hollow prequel films.

The one area that feels more modern is the fight scenes. One leg up the prequels had over the original films was more fluid and captivating lightsaber duels. Abrams manages to take advantage of modern effects and fight choreography to give viewers amazing battle scenes that feel fresh and exciting.

I know some of you are skeptical of Abrams’ ability to pull off this film after some of the missteps he made with the Star Trek franchise. But he has a clear reverence for Star Wars and hits the exact right tone with this film. (No doubt enlisting the help of screenwriter Lawrence Kasdan helped immensely in that regard.) This feels like a Star Wars film – like the natural progression of the story that began in 1977.

More than anything else, what The Force Awakens gets right is Star Wars. It understands this world and the people who inhabit it. It knows why we love Star Wars and why it has become an enduring pop culture juggernaut. And it returns the franchise to its former glory.

I got to fall in love with a Star Wars film for the first time. It’s not something I was sure I’d ever get to experience again. For that, I am truly grateful. 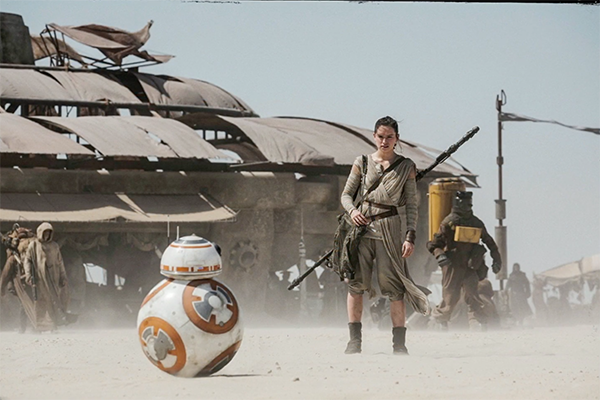