A full season in and I’m torn. Agent Carter was difficult to get into, had a hard time holding my attention AND I’ve already forgotten most of the plot of season one. But you ask, “Oh, did you watch Agent Carter?” and I’ll emphatically say “Yes! I loved it!”

What the hell is that all about?

It’s entirely possible I was just upset or stressed at the time that I watched it, therefore, didn’t give it my full attention.

Maybe it’s the dull aesthetic of the time period that wore on me, psychologically, and I didn’t even notice.

Perhaps a good deal of the acting took me out of it (except for you Ms. Atwell).

I could just be sexist. Though I’m pretty confident that isn’t the case.

Ultimately, I think it was the writing. Brilliant characters in a universe we already care about? No wonder I was won over by it. But the storyline just seemed convoluted and I just wasn’t buying a lot of the relationships. Peggy and Jarvis made me tingle, but again, that would be the character aspect of things. Their interactions weren’t even super comfortable to watch.

A new season of Agent Carter is coming out Tuesday, Jan 19th and our chicky is going to LA. I’m really hoping that they beef up the storyline this time around. I know they are planning on integrating it more into the Marvel cinematic universe, so I would assume that it will have some built in backstory and backbone without even really trying. And I AM pretty excited that there are rumors of a Doctor Strange tie-in.

But that’s just it, isn’t it? I’m going to watch. I love Peggy and I love Marvel. So even if this season sucks (I hate things that take place in LA), I’ll probably end up absent-mindedly loving it. Because I’ve been brainwashed.

That being said, who’s excited for season two of Agent Carter!? OMG it’s gonna be rad. I made a theme recipe that’s gonna knock your knickers off! I decided to do something Peggy herself would have made. I took a very classic immigrant recipe that would have been all over NYC at the time (I got it from my Grandma) and reduced it down so it would be enough for a single gal.

We all know cabbage rolls as meatloaf with cabbage in between the meat and ketchup, right? Maybe not quite, but essentially. This is more traditional … but also easy and short-cutty. The meat and rice has cinnamon in it so it has a nice warmth to it and instead of red sauce, it’s covered in a lemon sauce. It’s legit delicious and I like to think of Peggy making it for herself in her strict all-ladies apartment.

Make it. Light a candle. Expertly apply some lipstick. Pine over the one you lost. 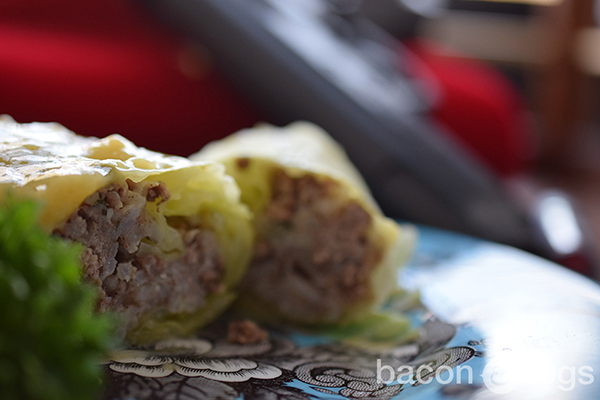 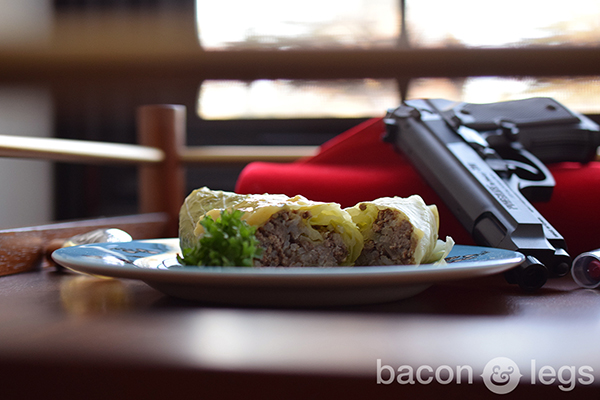