Ryan Reynolds must be one charming son of a bitch.

It’s the only way to explain how Deadpool ever got made.

After Reynold’s 2011 film Green Lantern tanked at the box office and his cameo as Deadpool in the underwhelming 2009 film X-Men Origins: Wolverine was poorly received, you would have thought that even the most daring 20th Century Fox studio executive would pass on greenlighting a standalone Deadpool film with Reynolds in the lead role. (It’s even harder to believe that the studio would allow the film to get an R-rating, since that severely limits the potential audience.) But here we are with exactly that.

Whether or not the gamble pays off for the studio, they certainly did what they set out to do. They gave us a Deadpool movie that is incredibly true to its comic book origins (in spirit, even as it takes a few liberties with Wade Wilson’s origin story). The fourth-wall breaking “Merc with a mouth” is on full display in the film, making jokes about Reynold’s previous flops, the lack of any big superhero cameos and the construct of superhero films in general.

If your only knowledge of superhero stories comes from the recent crop of Avengers, X-Men and Batman films, I imagine the tone and structure of Deadpool would be rather jarring. Deadpool is an antihero who murders people with no remorse and learns absolutely no lessons along the way. It’s essentially a revenge story – there are no global stakes. And his love interest is a foul-mouthed stripper.

While this may be upsetting if you go in expecting the script to follow the tried-and-true Marvel cinematic formula, those familiar with Deadpool or those looking for something different than the standard fare will likely enjoy the change of pace. This film is quirky and embraces the silliness of comic books that the more serious superhero films often shy away from. (I particularly enjoyed the “Deadpool Rap” theme song, which felt like a throwback to a cornier age of superhero adaptations.) 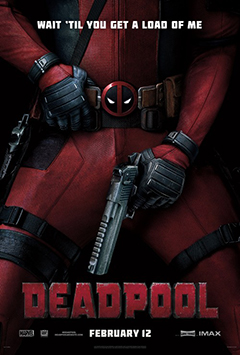 I loved that the costumes were true to the comics, instead of the monochromatic redesigns we often get. Deadpool’s costume is bright red with no visible mouth and white eye holes that hide his eyes. (Amusingly, the costume has working eyebrows that allow him to convey emotions by raising/lowering them.) And Colossus (Stefan Kapicic) is a shiny metallic CGI character who also has no visible eyes and moves in a lumbering, awkward way. These choices end up being really charming and add character to the offbeat film.

Breaking the fourth wall (a.k.a. addressing the audience directly in a way that acknowledges the world he’s inhabiting isn’t real) and firing off witty one-liners are staple of Deadpool comics. The film implements both, to mixed results. It does a solid job with the fourth-wall breaking, but the jokes are hit or miss. There are a few one-liners that are retreads of really tired jokes I remember kids telling me in elementary school (like the one about the general who wore a red shirt to hide any blood from his men and his enemy who wears brown pants) or lousy pick up lines (like the naming a woman’s thighs Thanksgiving and Christmas and “visiting between the holidays”). The jokes that miss miss big, but the film is fun enough overall to forgive the clunkers.

The story’s pacing is a bit uneven, as well, and the plot is razor thin. Essentially, Wade Wilson is a mercenary who falls in love with a sex worker named Vanessa (Morena Baccarin). After being diagnosed with late-stage cancer, Wilson makes a Faustian bargain with a shady organization that promises to unlock any latent mutant genes inside of him. It works, curing his cancer and giving him self-healing powers, but in the process he is turned into a hideous monster. So Wilson dubs himself Deadpool, puts on a red costume and vows revenge on Ajax (Ed Skrein), the sadistic doctor who did this to him.

There are times that the story drags and, even with an army of men between Deadpool and Ajax, the climax feels a bit anticlimactic. But the charming performances and lighthearted tone kept me invested in the proceedings. Reynolds really is great in the lead role and Baccarin is at her most charming and sexiest as Vanessa. The portrayal of Colossus as a humorless boyscout also serves as a nice foil to Deadpool’s brutality and wisecracking. (Also, without giving anything away, this film has, by far, the best Stan Lee cameo to date.)

Deadpool may not be a perfect film, but it’s hard to imagine a major film studio doing a better job adapting the source material. So while it’s flawed, the fact that we have an authentic Deadpool film at all is an achievement in and of itself. 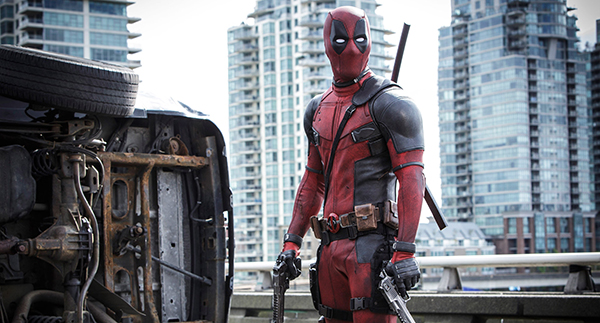