Let’s be honest – most comedy sequels aren’t very good. More than any other genre, they tend to suffer from a sophomore slump because they don’t want to stray too far from the original and recycled jokes, unlike explosions and car chases, aren’t as fun the second time around.

So if I’m grading on a curve with the understanding that comedy sequels rarely work, I actually feel like Zoolander 2 acquits itself well. The comedy is broader than the original, but there are still a lot of funny moments. If I’m judging it as a standalone film, it’s a perfectly palatable, though unremarkable, comedy. But if I’m judging it as a comedy sequel, it’s actually one of the better ones.

Perhaps the smartest thing they did was waiting so long to make the film. As they say, “Absence makes the heart grow fonder.” Waiting 15 years to make a sequel helps the nostalgia to build, which means the audience is likely to be more forgiving when seeing certain jokes and dynamics rehashed. (The film did a pretty solid job of not just resting on its laurels and giving us a “greatest hits” vibe to the comedy. Instead, outside of a pretty forced rehash of the hilarious “Orange Mocha Frappuccinos” scene, most of callbacks were at least new twists on jokes from the first film.) 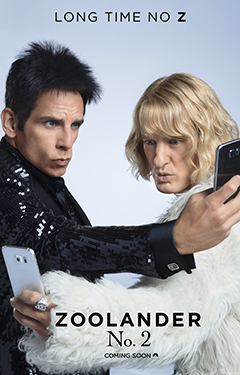 The 15-year gap means we are visiting these characters at a different time in their lives. Derek Zoolander (Ben Stiller) and Hansel (Owen Wilson) are no longer top male models. Instead, they’ve both been in seclusion ever since the Derek Zoolander Center For Kids Who Can’t Read Good And Wanna Learn To Do Other Stuff Good Too collapsed, killing Derek’s wife Matilda (Christine Taylor) and “disfiguring” Hansel.

Unbeknownst to each other, both men are visited by an old friend who brings them invitations to a fashion event in Italy. Derek agrees to do it in order to try to get back his son, who was taken from him by Child Protective Services after Matilda died. And Hansel does it in order to get his life back on track after getting some unexpected news. Once out of hiding, both men are recruited by Valentina (Penélope Cruz), a spy who needs their help in determining why high profile beautiful people are being murdered.

I like the aging male model angle and thought it was wise to have the pair trying to stay relevant in an ever-changing fashion landscape. However, one of the film’s biggest missteps (and one that has been scrutinized ever since the trailer for the film came out) was the use of the character All (Benedict Cumberbatch). All is presented as the biggest model in fashion and is a character who refuses to subscribe to conventional gender roles. The previews for the film showed Derek and Hansel unable to comprehend this, asking if All had a “hotdog or a bun”? Many people thought the joke and the character’s depiction felt transphobic. I reserved judgment, hoping the film would take a more nuanced approach to the character and would use All for more than just easy genitalia jokes (since Stiller has shown a knack in the past for handling potentially problematic subject matters with finesse, like Robert Downey, Jr.’s character’s blackface in Tropic Thunder). However, I was disappointed to discover that what was shown in the trailer was basically it.

I also was underwhelmed by Derek’s attempts to reconnect with his son. Derek Jr. (Cyrus Arnold) is an overweight brainiac who resents his father for not being around. Their dynamic falls into well-worn comedic territory and the film doesn’t really find anything fun or new to do with them. Instead, the jokes feel like ones you’ve seen countless times before.

Overall, I felt like the film started and ended fairly strong; while the middle feels a bit aimless. The plot ends up being a tad convoluted, but things come together for a lively climax that features a lot of enjoyable celebrity cameos.

Zoolander 2 is by no means a great film. But if you are feeling overly-nostalgic for the original and want one more adventure with these characters, it’ll scratch that itch. 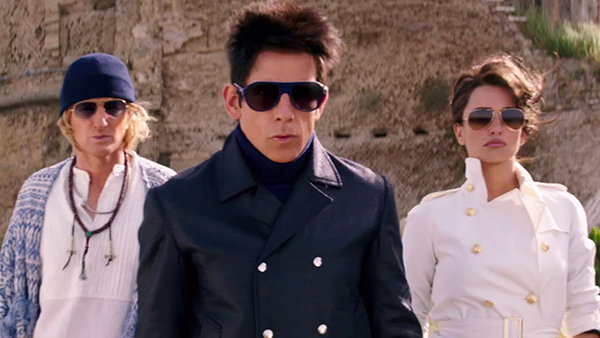