“Welcome to Earth Prime. Before there was thought, there was this place. One earth, with a single history. But with the coming of man came the illusion of free will. And with that illusion came chaos. With every choice we make, we literally create a world. History branches in two – creating one earth where we made the choice and a second where we didn’t. That’s the secret of the universe, you know? Billions of people making billions of choices, creating infinite earths.”

I really love The Dark Knight Rises, but I fully realize that (thanks to an infatuation with Bane that started when I was 12) I’m biased. And even watching through Bane-colored glasses, I realize it is a flawed film.

My biggest problem personally with the film is that Christian Bale’s Batman didn’t spend enough time being Batman. Batman Begins is about Bruce Wayne traveling abroad in his 20s to train to one day become the masked vigilante and then returning to Gotham to put his plan into action. And The Dark Knight shows him settling into the role and facing his greatest foe – the Joker. Since The Dark Knight picks up shortly after Batman Begins ends, Batman is only Batman for a year or two (and two years seems incredibly generous). The Dark Knight Rises takes place eight years after The Dark Knight and it immediately informs us that Bruce Wayne retired shortly after the events of that film, meaning he’s been retired for the bulk of that time.

In the grand scheme of things, this may seem like a small detail for me to fixate on, but it colors so much of the rest of the film. The amount of wear and tear on Bruce Wayne’s body, the weight of him retiring and ultimate comeback and his apparent death/disappearing act at the end of the film are all diminished by the fact that he barely spent any time as Batman. It relies more on the Batman you know from the comics than the actual Batman depicted on screen in order to make the emotional moments resonate the way they should.

Another problem is the way the film rushes through Bruce Wayne having his back broken, recovering and returning to Gotham to save the day. In the “Knightfall” comic book storyline Christopher Nolan based the film on, Wayne is out of action for a long time. He has to rehab his body, then train all over again before he puts the cape and cowl back on. The biggest thing about the Nolan universe is that it seeks to be a grittier, more realistic world than the one depicted in the comics, so it feels odd that movie Bruce Wayne is able to recover much quicker/easier than comic book Bruce Wayne.

With Batman vs. Superman on the horizon, I thought it would be fun to imagine an alternate reality where these problems are addressed. So last weekend, my buddy Andy McIntyre and I hung out at a diner eating mozzarella sticks and talking about Nolan’s trilogy. And we ended up coming up with a pretty solid solution to these two major Dark Knight Rises problems.

(Side note: I realize that if we’re exploring infinite alternate universes, a bigger question is “How different would the third film have been if Heath Ledger hadn’t died?” But that is a question for another column. For today’s purposes, we are just looking at what Nolan could have done with the tragic hand he was dealt.)

The end of The Dark Knight seems to set up a third film where Batman will be an outlaw hunted by the cops. After taking the wrap for Dent’s crimes in order to protect the convictions he secured in the film, Batman is now a wanted fugitive. But The Dark Knight Rises abandons this promising set up. Instead, a deus ex machina called “The Dent Act” was passed shortly after Dent’s death and it essentially stopped crime in Gotham, making Batman unnecessary.

Here’s the pitch Andy and I came up with for this potential extra film. After Dent’s death, Batman is now Gotham’s most wanted criminal. He continues to fight crime, but now must be extra careful not to get arrested himself. The police recruit psychiatrist Hugo Strange in order to track him down.

Meanwhile, a new criminal emerges and wreaks havoc on the city. My original idea was the this character could be a gritty version of the Riddler, who is more of a Seven/Silence of the Lambs type villain who leaves newspaper-cutout notes behind at his crime scenes. But Andy suggested using Jean-Paul Valley (who takes over for Batman in the Knightfall comics) as a Batman imposter who brutally attacks criminals in a misguided attempt to emulate the real Batman. I like both of these pitches for different reasons and think either could work, so feel free to choose your favorite and go with it.

Hugo Strange pins the crimes of this new bad guy on Batman, adding to his list of perceived crimes. So Batman has to try to stop this new criminal while the cops ramp up their efforts to take him in. Meanwhile, we get a few teaser scenes of Bane watching all of this carnage from a distance, studying Batman’s tactics. (The film wouldn’t reveal his identity yet, we’d just see him in his big coat and mask, looming in the shadows.)

In the end, Batman is able to take down Riddler/Jean-Paul and clear his name (but only after an epic showdown with both the villain and the cops). Hugo Strange is also exposed by Jim Gordon, who realizes he’s been manipulating the investigation for his own gain. Batman has won, but the fight has left him completely exhausted and physically decimated. Then, as he’s back at Wayne Manor recuperating, Bane (knowing Batman’s secret identity) shows up on his doorstep and breaks his back. The Dark Knight Falls ends with Bruce Wayne broken and left to rot in his South American prison. It’s a downer ending, but one that leaves us primed for The Dark Knight Rises.

The Dark Knight Rises in this version of reality has just a few minor changes. We still get the time jump and the Dent Act (which was in the works, but not yet passed during the events of The Dark Knight Falls) and a reclusive Bruce Wayne in the beginning. But his recovery and escape from the prison are now flashback scenes. And Bane in this version returns to Gotham, having spent the time between films getting everything lined up for this master plan (and waiting for Talia to work her way up through the ranks of Wayne Enterprises and earn Bruce Wayne’s trust enough to get access to the bomb).

This wouldn’t change much about The Dark Knight Rises structurally, but it would add a ton of emotional weight to it. Batman being Batman for a whole other movie makes his retirement at the end feel more earned. And the injuries he suffers from Bane at the end of The Dark Knight Falls make it clear why he retired and why Alfred is so worried about his return. (It also explains why he’s so dead set on being the one to take down Bane instead of leaving it to the police.) It also makes his ultimate victory over Bane all the more satisfying.

Plus, we wouldn’t have gotten an extra Nolan-helmed Batman movie, which is something I imagine we’ll all be wishing for when the trainwreck that is Batman vs. Superman hits theaters. 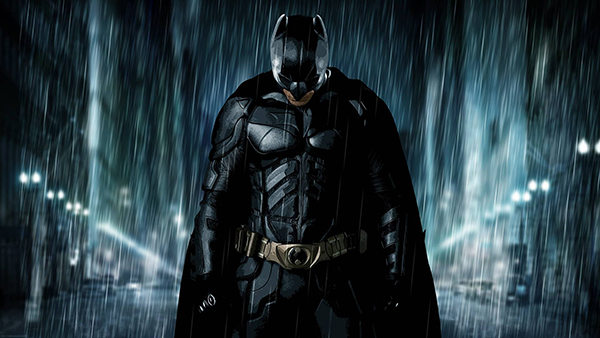