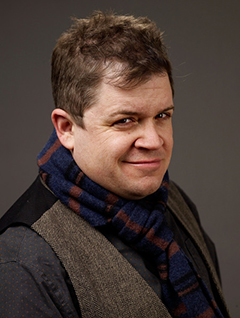 You started out as a comedian, then got into acting. Do you still feel like you’re a comedian who’s acting or was there a point that you transitioned and felt like a full-time actor?

How do you balance the two? How much time do you devote to looking for acting work or that side of your career?

It’s kind of hard to set that before the fact. You just have to kind of roll with what gets put in front of you. If I have stand up opportunities that are just too good to pass up, I go with those. If acting opportunities come along I just kind of [go with those]. I’m just very open and positive and realistic about what’s in front of me, rather than, “Well, this is my set schedule and I’m sticking to it no matter what comes along.”

Is there a time when you’re auditioning for pilot season? Are you doing that kind of stuff or just when you have time you’re looking for opportunities?

Again, I’m just kind of always looking at what’s in front of me rather than trying to map out and control. I just learned a long time ago to kind of let go of control.

Let’s talk about Archer. How did this part come about? Was this just through auditioning?

They offered it to me.

Yeah, I was really lucky.

How often does that happen? Is it a pretty good mix of being offered stuff and auditioning?

Yeah. I mean, it’s about an even mix, I guess. They called my agent, and there you go.

How was it described to you when they made you the offer? Did they you much about the role?

Just a recurring guest star on a show that I’m a big fan of, basically. I mean, they didn’t really need to describe the part to me all that much. I was just very happy to get to do it. I’m a big Archer fan, so it was great to get that opportunity.

For Archer, kind of everyone records their lines in the booth individually.

Yeah, that’s how all animated shows do it. It’s pretty much all recorded individually and they cut them all together.

Was there room to play with the part or did you have to stick pretty closely to the words on the page?

I get to play with it a little bit. The writing is so good that you want to read the lines because you’re going to seem really funny to just read what they have written for you. It’s a really well written show, so it wasn’t like I had to get my fingerprints all over it. I’m like, “Oh, this is a great script. All I got to do is read this.”

You mentioned that you were a fan of Archer. It seems like you have a good track record of ending up on shows that fit with things that you’re interested in and things that fans of yours will be interested in.

I’m certainly not going to question that. I’m happy that it’s happened. 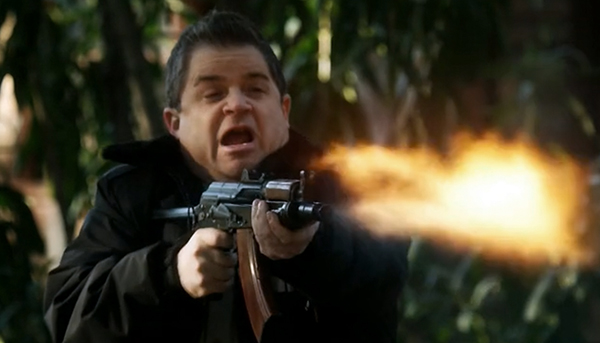 There’s another FX show that you were really great on, which was Justified.

Yeah. God, that show was great.

You had a part that was a little comic relief at the beginning, but then ended up being this heart of the show. It was amazing seeing Constable Bob stand up to these forces that he obviously didn’t anticipate being pitted against.

They were always really good at that in that they would innovate elements that seemed comical until they got serious. I mean, that’s the genius of Elmore Leonard and the writers on that show. Then on the other hand, they’d have people that would come on very, very seemingly really gung-ho and scary and then something almost comically horrific would happen to them. There was always great back and forth. You try to keep things light, and the darkness comes for you. You think that you’re the biggest bad ass, then something horribly embarrassing happens to you. That was always a great. It just kept you on your toes watching the show. You didn’t know what was going to happen to anybody.

It really could turn on a dime like that where someone that you overlooked or took as a comic foil could break your heart.

Yeah, I mean, that scene when Walter Goggins throws the explosive cigarettes at Mr. Picker and then he basically just blows him up in his chair and they cut to Wynn Duffy covered in blood in shock. It was the perfect combination of this horror and then it’s also kind of funny in a horrific way. They were so good at doing that.

They really did lock into that tone, which – we’re going speculate that you were an Elmore Leonard fan coming in – would probably be a cool experience.

Yes. I mean, I’ve been an Elmore Leonard fan from way back in the day, you know, Three-Ten to Yuma and The Tall T and his crime books, especially Glitz and Freaky Deaky, I thought was really underrated. Then to see somebody get it right on television, especially when someone had gotten it right before and it didn’t click with that show Karen Sisco, I thought was one of those great one and done. This show was so well written and it just didn’t get the footing. It happens, you know? It was good to see him get another chance.

That seems to be a cool thing these days that hopefully continues, where Justified was launched based on a specific story, but then became this Elmore Leonard world where other characters could come through. Then you see that on Fargo too, with the Coen brothers. It’s got to be an awesome time to be an actor who can play in these worlds.

If you’re a TV actor, what you’re doing now is you’re getting to act in epic films. You’re not really doing TV anymore. You’re going in and doing a 17-hour film. That’s how they’re making TV now and it’s so exciting to get to do that.

How is it for you then, if it’s this 17-hour film where you might only be on a few episodes? Is it harder then to come in in the middle. Do you have to play catch up?

Sometimes, but you know, when you make a movie, if you have a co-starring part, you’re not there from day one. You’re there on the days you’re shooting. You might not be there when they’re establishing other things. You never know. It’s very much like making a film.

You also get to play inside a massive cinematic world in Agents of SHIELD. What was it like working on that and stepping into that universe?

Because I already know so much about the world and seeing all the little hints and cool things they were sliding into that world, it was very exciting. It was very gratifying to see people that had the same kind of viewpoint, especially in terms of a pop culture mythology that I do of, “Okay, let’s fold in as much of this stuff that we can.”

Do you ever find yourself wanting to pitch things or sort of going, “I would take it in this direction,” or do you just have to put that away?

I try to resist that. The writers have a hard enough job without me bothering them. I just wanted to show more enthusiasm than, “Oh, I would add this, this and this.” You know, that doesn’t help anybody. 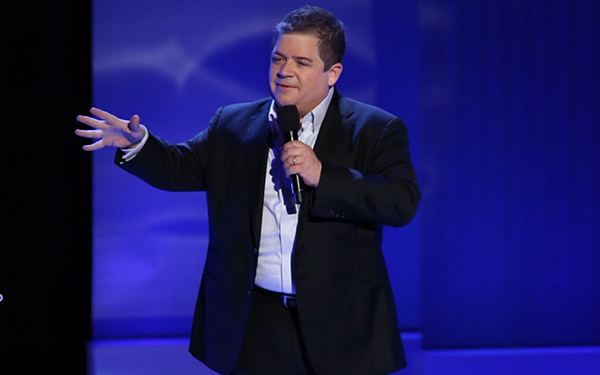 As a fan coming in, do you ever have to find the balance of not having things spoiled or not wanting to know things? Especially with the larger Marvel universe?

Yeah, but they’ve built such a lattice work now between the films and the TV and stuff like that, that it’s hard to get it all spoiled for you. Even if you’re right in the thick of it, you don’t quite know what’s going to happen, which is really fun.

There is so much just diverse, quality entertainment out there, which is just awesome, versus on the DC side where they’re still trying to build that up.

That seems to have come up recently with this divide on Batman v. Superman where they’re saying they made it for the fans after it got bad reviews.

I haven’t had a chance to see Batman v. Superman. I’ve been so busy I haven’t had a chance. I’ll probably see it in a couple weeks. Literally I have the kind of schedule these days where if I see a movie, I just see it months before it comes out at a screening on some odd afternoon screening or I see it months after it comes out. Because my schedule is so crazy right now, I don’t get to see as many movies as I’d like. That was one of those movies that I didn’t get to go to an early screening, so I won’t be able to see it until months down the road.

It’ll be interesting to see how much that changes the experience for you when seeing it far removed from all of the hype and backlash.

Right. Maybe I’m a little lucky because I can look at it more from a filmmaking or an acting point of view of like, “What must the actors have been thinking to make this scene work,” or, “What was the director dealing with?” I can always bring something fun to an experience if I go see something.

You have a significant Twitter presence. On the one hand, that’s awesome because it’s a good way to keep up with fans and let them know what you’re up to. But as someone who likes to talk about politics and things you’re passionate about, there seems to be a double-edged sword of getting people who then want to attack you or say horrible things anonymously. Is it hard to balance that? How do you approach when you write something and you know there’s going to be a big reaction to it?

I don’t know what the reaction will ever be and I just try not to think about things that way. Twitter’s just for fun. That’s as far as I take it. Anything else that goes beyond that, that’s their problem, not mine. I just can’t think of it that way, you know?

Is there anything else on the horizon that you’d like people to know about or people should be on the lookout for?

I have my new Netflix special, which comes out April 22nd. 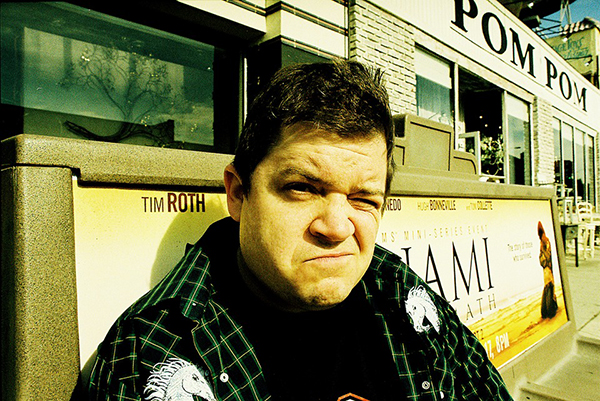