While Marvel has very clearly found a formula for film success and stuck with it, I’m constantly impressed with the versatility of that formula. While Peter Quill’s hero’s journey feels familiar, Guardians of the Galaxy expanded the Marvel Cinematic Universe by abandoning Earth and exploring deep space. Doctor Strange goes a step further by exploring the idea of a Marvel Cinematic Multiverse. And the cinematic world is much richer for it.

The film centers around Dr. Stephen Strange (Benedict Cumberbatch), a cocky neurosurgeon who lives fast and openly disdains anyone he feels is beneath him (which, it turns out, is pretty much everyone). In what plays like a PSA for the dangers of texting and driving, Strange loses control of his car in the rain while looking at patient case files on his phone. The ensuing accident leaves him with severe nerve damage in his hands, which brings an abrupt end to his surgical career.

Strange is desperate to find a miracle cure. His search leads him to a mysterious temple in Nepal known as Kamar-Taj. There he meets a powerful sorcerer known only as “The Ancient One” (Tilda Swinton) and her disciples, including Mordo (Chiwetel Ejiofor), a fierce ally with a very black-and-white view on morality. The Ancient One takes Strange on as a student, promising him that he will unlock the keys to a mystical universe and, in time, may learn how to heal his hands.

While at Kamar-Taj, Strange learns of an evil faction that splintered off from this group. Led by Kaecilius (Mads Mikkelsen), this group steals pages from an ancient spellbook in order to make contact with a powerful force inside a dark realm. Strange, begrudgingly, finds himself at the center of a battle for Earth’s survival.

While Strange’s story follows a familiar narrative path, the film isn’t shy about exploring the mystical world he enters into. It introduces some heavy sci-fi concepts like astral projections, mirror dimensions and fractures in the space-time continuum. But it introduces these ideas in a casual way that keeps the film from feeling impenetrably dense with jargon and complex theoretical concepts. Having Strange be a cynic who rolls his eyes and makes snarky comments when these concepts are introduced helps him to serve as gentle gateway for the audience to get into these ideas. 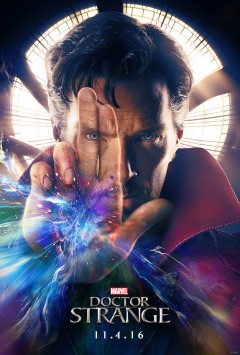 Introducing these concepts also gives the film a visual flair that sets it apart from the other films in the Marvel Cinematic Universe. There is a really fantastic fight sequence between two Astral Projections that takes place inside a hospital where one of the characters is being operated on. Characters also move and fold landscapes with their powers in a way that is reminiscent of the dream sequences in Inception. But even the little touches like the bursts of light that appear in front of characters when they are casting spells are fun to look at. It is truly a visually-stunning film.

It’s an exceptionally-well acted one as well. Benedict Cumberbatch’s character isn’t much of a leap from his contemporary portrayal of Sherlock Holmes (though he does have an American accent in this film). It’s a character type he can probably play in his sleep at this point, but it’s one that he’s really great at. He feels like the right choice for Dr. Strange.

Tilda Swinton is also really great as the Ancient One. She has an otherworldly look to her and she manages to make a very stoic character feel full of life, like there’s constantly something happening just beneath the surface. Mads Mikkelsen also gives the film a compelling adversary, even though, like most MCU villains, the character feels underwritten. Luckily, Mikkelsen is able to make the most of every gesture or scowl, making Kaecilius rise above what’s on the page.

However, for me, the person who steals the film is Chiwetel Ejiofor. He plays Mordo with such conviction and quiet intensity that I found myself fascinated with him every time he appeared on screen. I liked the character so much that I found myself wishing the film would just shift its focus to him instead. Dr. Strange is a fun character, but Ejifor’s Mordo is riveting.

As great as the visuals and the acting are, there were times that the writing felt a bit off. As I mentioned, Kaecilius feels like the latest in a string of underdeveloped MCU villains. Strange’s story arc also feels rushed in certain points, particularly in his transition from self-absorbed egomaniac to selfless hero. The character growth just happens without really feeling earned. Also, while the film managed to find a new twist on it, the climax revolved, once again, around a massive glowing sky threat, which is feeling incredibly played out at this point.

Still, while there are a few hiccups in the writing, overall I really like the story and the overall tone of the film. And the acting and visuals are top notch. It’s a fun addition to the MCU canon, one that adds a lot of new storytelling potential. 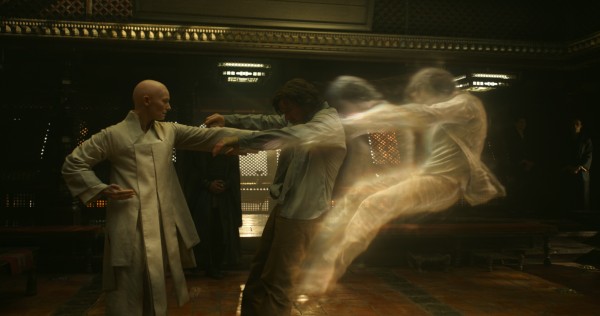