What’s truly remarkable about Batman is how versatile the character is. Since his comic book debut in 1939, the character has gone through a variety of reboots and shifts in tone both in the comics and on-screen.

In film, the 1960s gave us a campy, over-the-top Batman who was just as likely to dance as he was to fight. In the 90s, Tim Burton gave us a darker, gothic version of the character. Most recently, we’ve seen Christopher Nolan’s real-world version of the Dark Knight and Zack Snyder’s older, angstier take on the hero. There is truly a Batman incarnation for everyone.

What’s so impressive about The LEGO Batman Movie is how it incorporates all of these various incarnations of Batman into one coherent story. It openly acknowledges (and, quite often, poke fun at) the character’s rich history on-screen and off. Will Arnett’s LEGO Batman is dressed in all black and broods with the best of them while the cartoony setting and the presence of Robin (Michael Cera) provides a necessary lightness. Combined with the LEGO setting, it aptly feels like a child playing with a box of toys and incorporating the various versions of the character into his/her play.

Just as impressive is how it incorporates the deep roster of villains from the Dark Knight’s “rogues gallery.” While the Joker (Zach Galifianakis) is, unsurprisingly, the chief antagonist, he teams up with a large collection of other bad guys, both familiar (like Catwoman, Riddler and Bane) and obscure (including Calendar Man, Zebra Man and Condiment King). Also, like the original LEGO Movie this film spun off of, The LEGO Batman Movie also brings in villains from other franchises, which gives us some great visual jokes like titular Gremlins from the 1984 film attacking the wings of the Batplane in a cheeky nod to The Twilight Zone. 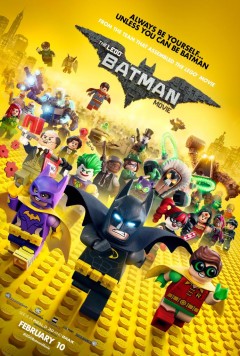 While the film is very funny and fourth-wall breaking, what impressed me the most about it was how it was able to look deeply into the Batman mythos to examine some deep truths about the character. The biggest of these is Batman’s desire to be a loner and his fear of losing people that he loves. Obviously, a man who dresses up as a bat in order to dole out vigilante justice isn’t somehow comfortable letting others into his world. All of Bruce Wayne’s romantic relationships are doomed as long as he wears the cape and cowl. He’s chosen a life of solitude and service to the city of Gotham.

Of course, this interpretation of the character has always been at odds with Batman’s adopting and training of Robin as his sidekick. Brilliantly, LEGO Batman uses this to its advantage and makes Bruce Wayne’s struggle to let anyone into his life its central theme. The film focuses on Batman’s need to accept help from others and to not be afraid to start his own “family” after the loss of his parents. It makes the inclusion of Robin in the film carry a lot more weight and it made me care about the Boy Wonder in a way I never really have before.

The film also examines Batman’s relationship with the Joker in a way that felt really fun and new. Other stories have looked at the how the two characters are polar opposites who feed off each other. (The Dark Knight captured their relationship pretty perfectly in the Joker’s closing remarks: “You won’t kill me out of some misplaced sense of self-righteousness. And I won’t kill you because you’re just too much fun. I think you and I are destined to do this forever.”) LEGO Batman, hilariously, expands on this by making their symbiotic relationship one more connection Batman refuses to commit to. 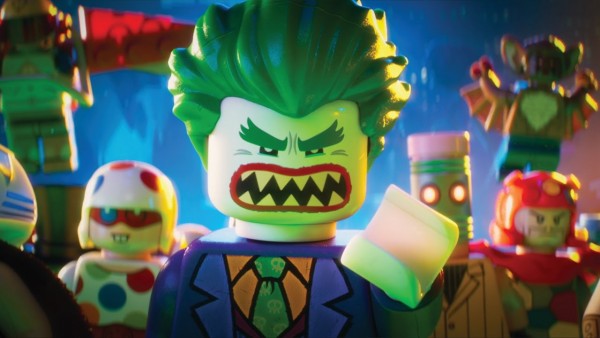 So the Joker’s mission becomes getting Batman to admit that they are, in fact, each other’s greatest enemies and to get Batman to say the three words he has longed to hear: “I hate you.” It’s a hilarious notion that Galifianakis’ Joker gets a lot of mileage out of. But, it works because there is a kernel of truth to it as well (their relationship will probably always mean more to the Joker than it does to Batman) and because it ties well into the film’s larger theme.

All of the voice acting it quite delightful. Will Arnett has the now-requisite gravely voice to be the Dark Knight and the comedic sensibilities to make the character hilarious. Michael Cera’s unceasing exuberance as Robin is never not funny. Ralph Fiennes perfectly captures Alfred’s drollness. Rosario Dawson is a charming and charismatic Barbara Gordon. And Galifianakis finds a new take on the Joker that works perfectly for this film.

Because there are so many characters, many of the secondary villains aren’t given much to do. It’s a shame since some delightful comedians like Conan O’Brien, Jason Mantzoukas, Kate Micucci and Riki Lindhome all lend their voices to the film, but are barely given any dialogue. Even Billy Dee Williams, who finally gets to play Two-Face, something that was teased in Tim Burton’s 1989 Batman film, is barely used. I suppose we can hold out hope that these characters get more to do in the inevitable sequel.

Overall, it is a delightful film that adults will enjoy because of the way it simultaneously pays homage to and mocks Batman’s rich history and children will enjoy because it’s a silly, energetic action movie. After years of the big screen exploring the darker side of the Dark Knight, LEGO Batman is a refreshing change of pace. 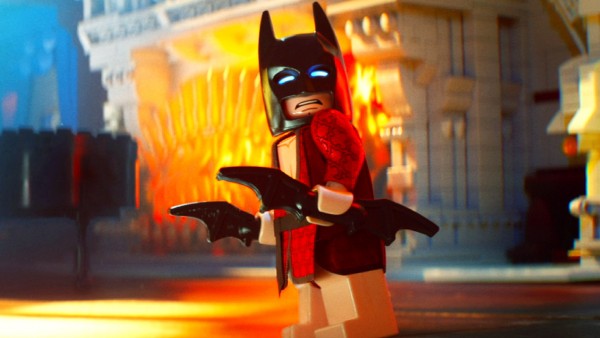