Before diving into the tournament, the gang discusses the announced Matrix relaunch, their favorite songs and just how unsecured your Facebook is. Then, the action continues in the Elite 8 round of the Mabel Memorial Hobo Madness “Monster Mayhem” Tournament.

Would you be excited for new Matrix movies? Why is Lars so troubled by Joel’s favorite song? Which monsters will advance? The answers to these questions and more are on this week’s show. 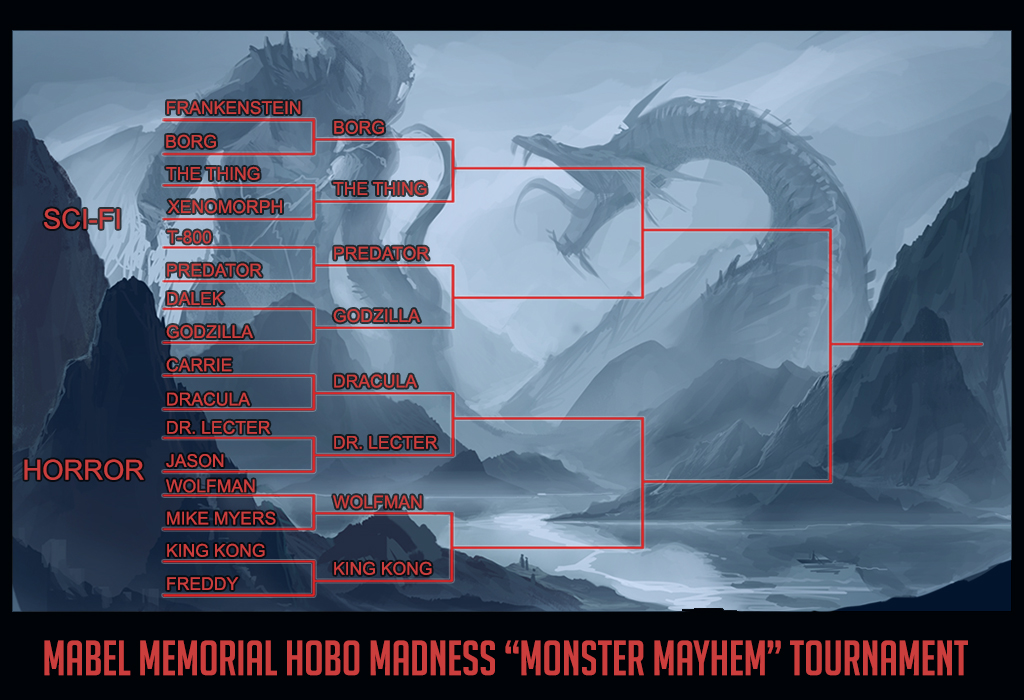