No, not the underrated, here all too briefly, gone too soon, post-ALL band of singer songwriter Scott Reynolds …

… which is a shame, because they were awesome!

No, I’m talking about this guy … 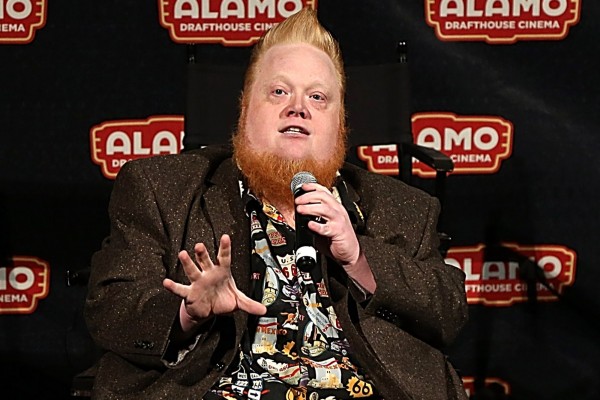 … the founder of aintitcoolnews.com and, some would say, pioneer of online film-geek criticism and discussion. After 21 years at the helm of the O.G. genre movie news and opinion mecca, Knowles is temporarily stepping away from the site to concentrate on “therapy, detox, and getting to a better place,” in the wake of a sexual harassment and assault scandal that has rocked the Austin, Texas film community.

But that’s not the only reason that I’m glad that he’s leaving AICN. No, I’m also happy because Harry Knowles is the worst kind of critic: completely myopic. For a long
time now, Harry has gotten by on his self anointed status of “Head Geek,” while:

Number three is real bee in my bonnet. Before I began writing for Hobo Trashcan, I threatened to do it with a point by point beat down of Knowles ridiculously-childish review of the film The Dark Knight Rises. I wrote it, it was 4,000 words in length, and I never submitted it to my future publisher.

My problem was that Knowles’ diatribe reads less like a review than a giant man child temper tantrum thrown by a comic devotee who sees their favorite book turned into a movie without using the original artist’s panels for storyboards, a la Sin City. This suggests that Knowles either doesn’t understand film as a medium or is too immature and self-centered to even respect a vision that differs from his own.

I love this character. One of my best friends is Paul Dini, he was a groomsman at my wedding. I’ve spent countless geeky conversations talking Batman and these characters with him – and watching this “FINAL” story play out. It’s just fucking ridiculous …

The set up would have us believe that after the events of THE DARK KNIGHT, that Batman hung his cape and cowl up, because apparently the death of Harvey Dent triggered a series of sweeping law enforcement initiatives that completely shut down organized crime in Gotham. That isn’t why BATMAN has hung it up, it’s actually because of Maggie Gyllenhaal’s character death in THE DARK KNIGHT.

I call absolute BULLSHIT on that notion right there. BATMAN/BRUCE WAYNE isn’t some soft-hearted slob that hides for the majority of a decade because somebody killed his girlfriend … He isn’t that kind of person.

In the comics, sure, Bruce isn’t that type of person. But this isn’t a comic; it was an (admittedly-flawed) attempt to ground a superhero movie in our reality, not a panel for panel live action recreation of a sticky, dog-eared copy of Knightfall. 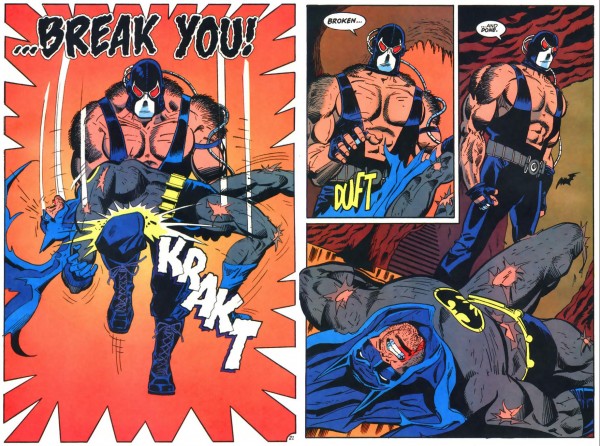 He continues with a paragraph proving that his ideal of Batman comics is, in itself, a case of rose-colored glasses.

Alfred leaving Bruce Wayne to handle this mess himself. Bullshit. Alfred Pennyworth is there to the bitter end. It’s his nature. Loyalty. Alfred is Bruce’s witness. The man who never fails to pick him up after a scrap. A man that would watch him fall, just to put him back together again. ALFRED does not throw a hissy and runs off.

Yeah, Alfred would never leave Bruce in the comics. Except for Batman #110, the KnightQuest story and every other time that he finally had his fill of Bruce’s self destructive psychosis. 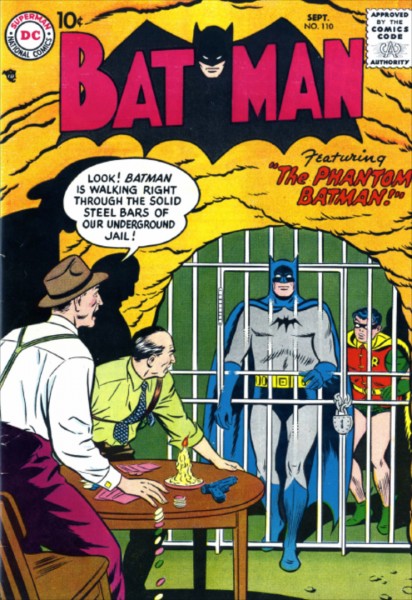 Ultimately I’m sure many will enjoy it. Already I’ve heard from friends that have enjoyed it. I’m not sure why all my friends that I saw it with tonight came out angry at the film.

Could it be because they were stuck with you for nearly three hours?

If you did love the film – if you think this just kicked everything you’ve seen this year away. I beg you, go to a comic shop, buy some BATMAN comics … Order the BATMAN ANIMATED SERIES … Play ARKHAM ASYLUM. Learn more about the character … This really is in many ways the greatest character in the history of comics – and he’s so much more than what the feature films that Hollywood has given us. DARK KNIGHT is the pinnacle. Somebody, kick its ass … I dare ya.

And I dare Knowles to write future reviews based on critical thought, instead of how films fail to live up to his fanboy nostalgia for an entirely different medium.

But for now, Goodbye Harry.