Is there anything more adorable than when pampered people who are paid millions of dollars to play make believe in from of cameras use a worldwide forum to whine about the ordeal surrounding the collection of their next seven figure paycheck?

The answer is no, no there isn’t.

Thank you, Tyrese Gibson, for proving that during a time when natural disasters are destroying the lives and livelihoods of thousands, those in the highest seats of power in our country are childish buffoons and someone in a position of authority at a multinational media conglomerate judged that 59 people deserved to be shot to death by a mad man based solely on their presence at a concert that featured a specific genre of music, there are still selfish, simple-minded douchebags in the world with time to throw public tantrums about their movie being delayed.

Now, I have never seen even a single entry in the Fast and Furious filmvfranchise, so, I really don’t care about their release order. I know that they’re immensely popular, raking in more than FIVE BILLION DOLLARS in combined world wide box office, but seriously, I could not possibly care any less whether or not anyone ever makes another one of these things ever again.

The same, apparently, can’t be said for singer, actor, model, Tyrese Gibson, who threw a Instagram nutty at Dwayne “The Michael Caine of the late 2010’s” Johnson and a producer at his company, Hiram Garcia, after it was announced that a proposed “Hobbs/Shaw” spinoff of the franchise would be rushed into production ahead of and pushing back the previously announced ninth edition of the Fast and Furious proper. 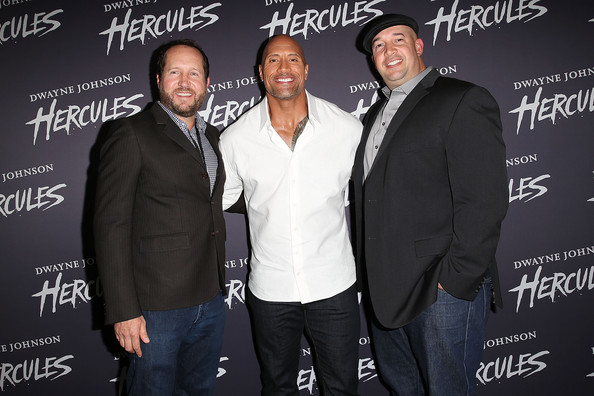 At least he spared Baywatch director Beau Flynn. Sort of.

#PSA Congratulations to @TheRock and your bother in law aka 7 bucks producing partner @hhgarcia41 for making the fast and furious franchise about YOU — And like you, DJ even if they call I will not be deleting this post — Gn folks see you in 2020 April

#FastFamily right? Nah….. It’s about #TeamDwayne #3yrs will it be worth the wait? #NoShaw just Hobbs will this be another #BayWatch? Guys guys just relax I’m just a passionate film critic.

Diversity, love, multi ethnic worldwide multi generational, United Nations, One Race, Fast Family…… Until Dewayne showed up I guess this whole time he had a problem cause he wasn’t the ONLY ONE on the movie poster……….. I guess dreams do come true congratulations to @hhgarcia41 and @therock you guys are just amazing you really broke up the #FastFamily I tried to warn you guys… You thought I was hating…… I was simply fighting to keep the family together what makes us great is when you see us all TOGETHER we don’t fly solo….. #MyLastPost today….. I got 3 years of venting on this clown – They offered but YOU didn’t have to agree with a solo #HobbsMovie #OriginalFastFamily we salute you and stand on your shoulders #VinDiesel #PaulWalker #RobCohen #RomanTej were offered a spin off we TURNED IT DOWN!!!

Yes, because when a franchise’s last two installments each sold over ONE BILLION DOLLARS in tickets, there’s a danger that people may completely forget about it if they push the release date on the next movie back a bit to capitalize on the critically-lauded chemistry of two of its stars. 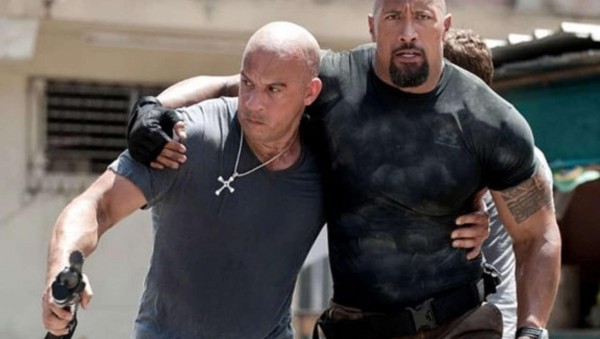 Brotherhood… and all it’s complexities. This scene was filmed in Puerto Rico, I can remember it like it was yesterday. Such a beautiful island, the people were so warm and welcoming. I turned 43 that summer… and my son Vincent was born. A woman named Jan Kelly responded to a question I had asked on Facebook, ‘who they would like to see me work with?’ She said would love to see me work with Dwayne… I listened to her request and he became Hobbs. I know there has been a lot of speculation as to why the Fast 9 release date was pushed… but it would be unfair to say it is anyone’s fault. As we plot the course to expand the Fast & Furious
universe, one must be mindful to take stock of the roads we took to get here. The pillars of authenticity, family and most importantly, our loyal fan’s perspective has been instrumental in procuring success. However, like any vehicle that has run around the globe 8 times, the franchise is in need of maintenance. My good friend and the godfather of Universal, Ron Meyer has granted me the time to do just that. We have some very exciting news to share soon… stay tuned. Yours truly, Dom #FamilyAlways

If Tyrese was really serious about protecting what “the family” has built together, he’d take stock and realize that:

This strategy may actually help him continue to receive paychecks longer than if they put the pedal to the floor on another “#FastFamily” entry.

Tyrese should do what’s best for the family, and get over himself.