Writers: Rian Johnson, George Lucas (based on characters created by)

Of all the wonderful things writer/director Rian Johnson accomplishes in The Last Jedi – most of which I won’t discuss here in order to avoid spoilers – perhaps the most important is the way he manages to reframe the Force and the epic battle between good and evil that has been raging for decades.

The original trilogy ended up becoming a family squabble between the Skywalkers – a powerful dynasty with key leadership roles in both the Empire and the Rebellion. The prequels, which further expanded the Skywalkers’ roles in all of this, also introduced the concept of midi-chlorians, special cells that Jedis had allowing them to access the Force.

The Last Jedi shifts this narrative. The predominant theme running through Johnson’s visually-stunning and poignant film is the idea that anyone, regardless of his/her background, can be a hero. Early in the film, Luke Skywalker (Mark Hamill) explains to Rey (Daisey Ridley) that the Force is something that flows through all lifeforms and that the Jedi purporting to be the sole beings capable of wielding it is nothing more than vanity on their part. This simple change, delivered by Luke Skywalker himself, opens up the Star Wars universe in an enthralling way, making it truly accessible to all for the first time.

Throughout the film, Johnson presents various characters from humble beginning who rise up to be heroes when called upon. He also presents established heroes as flawed and misguided. It’s an intriguing muddying of the waters that subverts your expectations and makes the story feel fresh. It also resonates with all the social change and grassroots movements happening in the world, making The Last Jedi feel like the perfect story for this moment in history.

It’s also just such a beautiful film to look at. There are so many wonderful set pieces and battle sequences that feel exciting and new. Johnson doesn’t rely on the established Star Wars universe. Instead, he introduces new locales and creatures that expand the boundaries of this far, far away galaxy. From the hauntingly red throne room that Supreme Leader Snoke (Andy Serkis) and his choreographed Praetorian guard dwell inside to the salt-covered, crimson dirt landscape of a rebel military base to an indulgently posh casino catering to unsavory high rollers, the film gives the audience an array of enticing new locales.

There are a few more avant garde moments that will likely be polarizing among fans. (They are all impossible to discuss here without delving into spoiler territory, but trust me, you’ll know them when you see them.) I enjoyed these more surreal moments, but I could see how they could be off-putting to Star Wars purists who don’t want anything too outside the box.

The film also give us new adorable creatures that will no doubt be the most coveted toys this Christmas, like the cuddly, puffin-like porgs that inhabit Luke’s island and the shimmering crystal-fox-esque vulptex. While these creatures were no doubt created for their merchandising potential, I like that they never felt distracting or superfluous. Instead, Johnson seamlessly weaves them into the world. He even manages to use the vulptex as a key plot device. 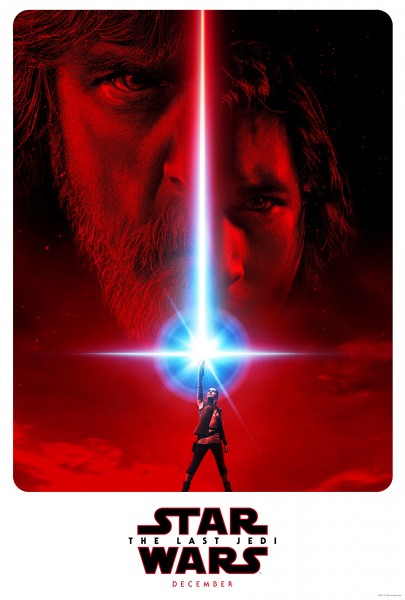 In a film with a large ensemble cast that includes stars of the original trilogy, our trio of new heroes from The Force Awakens and new characters like Rose Tico (Kelly Marie Tran) and Vice Admiral Holdo (Laura Dern), it can be tough to service every character. For the most part, however, Johnson does an admirable job. He presents the most cohesive, compelling version of Luke Skywalker to date. He also presents a number of wonderful scenes between Rey and Kylo Ren (Adam Driver) that really made me see the characters in a more nuanced way. Poe Dameron (Oscar Isaac) also gets more time to shine as the film really explores his instinct to be a loose cannon who plays by his own rules and questions whether or not that’s a good thing. Poe ends up butting heads with General Leia Organa (Carrie Fisher), who we finally get to see be the leader she was always destined to become. (I loved the way the film uses Fisher, which feels like a lovely coda for the character after the actress’ untimely death last December. However, this film makes her central to the narrative in a way that will definitely complicate things when they make Episode IX.)

The one character who felt shortchanged was Finn (John Boyega). For most of the film he is teamed up with Rose, a pairing I really enjoyed. However, while I liked their story and Finn’s journey overall, I never really felt like I understood Finn’s emotional state, motivations or desires. The Force Awakens did a great job introducing him as a Storm Trooper questioning his profession after seeing the brutality of war for the first time, but this film never really dives deeper into who Finn is now, emotionally. (For example: if he deserted his life as a Storm Trooper because seeing the horrors of war up close deeply affected him, why is he fine now being a soldier for the other side? )

One thing I really enjoyed was the humor prevalent throughout the film. While The Last Jedi has an overall darker tone that thematically parallels The Empire Strikes Back, there are a number of genuinely funny moments that keep the film feeling kid-friendly. (Like the Force, Johnson finds the right balance between the dark and the light.)

The film also builds to an amazing climax that delivers one of my favorite action scenes in a long time. However, even before this climactic showdown, the film serves up another epic battle sequence that honestly could have been the film’s finale and it still would have felt satisfying. I was quite pleasantly surprised after this first sequence to discover there was more to come.

Overall, I really loved this film. It feels fresh and exciting while showing a clear understanding of what fans love about Star Wars in the first place. It also fleshes out Luke Skywalker, giving the fully-realized version of the character I’ve always yearned to see on screen.

Star Wars has been a part of my life for as long as I can remember. I have no clear memory of watching the original trilogy. It’s just always been a part of me. Watching The Last Jedi, I felt like I finally got to experience a new Star Wars story for the first time; one that, by reframing what it means to access the Force and to be a hero, opens up this universe to a myriad of new possibilities. 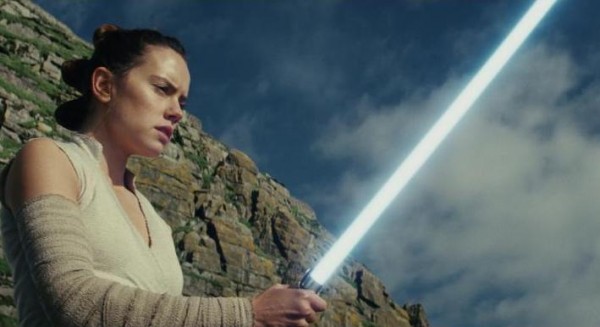