Last week, it was announced that the creative team behind the Fox show Gotham, Bruno Heller and Danny Cannon, are developing a show for Epix called Pennyworth, which will focus on Bruce Wayne’s butler/surrogate father Alfred Pennyworth’s early life, including his time in the SAS.

Epix President Michael Wright said: “As genuine fans of these classic DC characters, as well as the incredibly talented Bruno Heller and Danny Cannon, we couldn’t be more excited to make Epix the home of this series. We can’t wait to work with Bruno and Danny – along with Peter Roth, Susan Rovner, Brett Paul and the team at Warner Horizon – on this fantastic origin story.”

As a lifelong Batman fan, I think I could be a valuable asset to the Pennyworth writing staff. So, in case Heller and Cannon are actively looking to hire writers, here’s a little taste of what I can bring to the team: 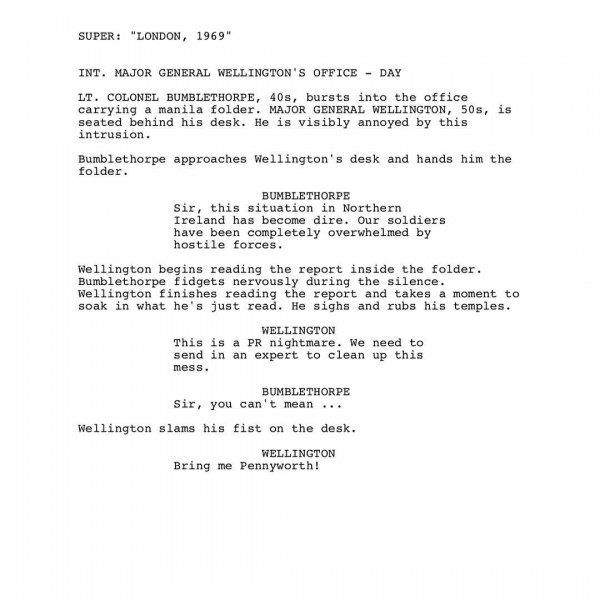