This week two shows that I watch religiously – Chuck and Treme – both resorted to one of the hackiest of all plot devices – the dream sequence.

Chuck, in fact, centered around dreams. The episode focused on the idea that the Intersect might be driving Chuck insane, a psychosis that seemed to be manifesting in his dreams. It featured a number of elaborate dream sequences that Chuck thought were premonitions, but General Beckman (and to a lesser extent Casey and Sarah) dismissed as nothing.

Treme thankfully did not dwell too much on dreams. There was only one dream and it was over fairly quickly. In the show’s opening sequence, Ladonna was finally reunited with her brother Daymo, who has been missing since Hurricane Katrina. She walked into a prison cell and finds Daymo, only to have the door slam shut behind her and the cell fill up with water. Then Ladonna is jolted awake, realizing it was only a dream.

While the dream sequence on Treme was brief and fairly innocuous, I found it much more upsetting than the one on Chuck. This is in part because the dreams in Chuck at least had some relation to the overall story and in part because I hold David Simon (who created both Treme and The Wire) to a higher standard than I do most writers. The Wire always strived for reality. It always felt a bit like a documentary. The characters were all well-rounded and realistic, the show was shot in a very straightforward and non-artistic way and music played on the show came from actually car radios or stereos characters were listening to. So seeing him break so drastically from that tradition was a bit jarring.

I realize that Treme isn’t The Wire. After only five episodes, it’s clear that the show will not demand as much from viewers (although it still demands more attention to detail than the average TV show). There are less characters and storylines to keep track of. It’s easier to follow and unfolds more like a traditional television show. Clearly, it’s not the same show, so it doesn’t have to follow the same set of rules as The Wire. And that’s fine. But a dream sequence is a big leap. It takes place inside a character’s head. It’s about as far from realism as you can get in a show like Treme without introducing aliens or alternate realities. Plus, Ladonna actually bolted upright in bed when she woke up, which only fucking happens in movies. It’s a movie cliché that is right up there with having a baguette in every single grocery bag and being able to magically see the Eiffel Tower from every hotel room window in France. Seriously, have any of you ever shot up out of bed after a bad dream? Ever? I didn’t think so.

Besides, dream sequences suck. A dream is one of the laziest, most pointless thing you can do as a writer.

The biggest problem is there are absolutely no stakes. Nothing that happens in a dream matters because it’s not real. Writers know this, of course, so often times they use a dream as a way to trick the audience. This is what happened in Treme – the writers tried to make the audience think Ladonna had found Daymo, only to go “Psych!” and reveal that it only happened in her head. This has been done countless times before on other shows. Characters finally find what they are looking for or, on the flip side, a character is killed or seriously injured, only to have the writers pull a big old undo by revealing it was only a dream. Perhaps the most infamous case of this is Dallas, which retconned the death of Bobby Ewing in season eight by revealing it was just a dream. (They waited until the season was over to do it, which meant several full episodes were revealed to have never actually happened.) Whenever writers do a dream cop out it’s a giant poke in the eye to the fans who invest time and energy into their show every week. It’s cheap and it’s annoying.

Even when a dream isn’t just a giant cop out, it’s still pointless. Writers like David Chase and David Lynch enjoy using extended dream sequences that seem deep and meaningful, but are really just faux-artistic nonsense. The Sopranos loved to delve into extended dream sequences, including a two-episode long dream Tony had while in a coma in which his subconscious played out an elaborate alternate reality where Tony was a legitimate businessman who had misplaced his wallet on a company retreat. David Lynch has put all sorts of bizarre dream sequences into his movies and TV shows, including a particularly strange and memorable scene in Twin Peaks involving a little person in a red room whose speech sounded reversed. These dream sequences are sometimes fun to watch, but they always appear to be more artsy and meaningful than they actually are and ultimately, they simply end up feeling like giant wastes of time. Less sophisticated shows have have also used full-episode dream sequences to do “What If …” scenarios, sometimes placing their characters in different time periods or settings, which usually only happens when a show is on its last legs and the writers are completely out of ideas.

I think it’s time we get rid of the dream sequences altogether. Television has been evolving over the years. We continue to get grittier and more sophisticated shows. So I say we retire this pointless convention and never speak of it again. With any luck, a few years from now, the use of dream sequences will feel like nothing more than a bad dream. 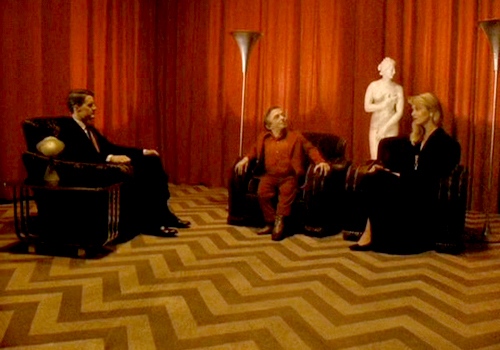