I have high blood pressure. It’s one of my many health problems. It’s also one of the things that makes it so hard to follow the news, because some days it really seems like news reports are specifically designed to raise my blood pressure.

So this week, for the sake of my blood pressure, I’d like to ask the following people to just give it a rest, already.

Hey, run for president all you want. Keep assuming you’ll actually win, it’s kind of adorable. But your sexual harassment denials, hilarious as they are, are also pathetic and annoying. There’s a difference between being accused by one woman and being accused by five. I know it doesn’t hurt your poll numbers, what with Republicans hating women on an institutional level, but it is incredibly tiresome to hear you bleating your innocence like a pig stuck in the mud. One or two women accusing you is bad enough, but I’ll admit there’s room for doubt — when it gets to five, it’s symptomatic of a personal problem. All I know is, innocent people don’t pay out a year’s salary in hush money to people they didn’t harass. Also, you’re really demonstrating presidential class by attacking women who can’t defend themselves because of a judicial gag order.

First you go on and on about your daughter’s sham second marriage, insulting the collective intelligence of a nation that cares way too much about what the rest of Kim Kardashian does when her ass isn’t pointed at a camera. Then you publish a book where you try to convince people that you were a major part of the OJ Simpson story. Why would Nicole Brown Simpson’s sister come to you when your husband was defending OJ? Why do you need to drag the Browns through this again, anyway? Don’t you have enough money yet? You just bought your daughter a Range Rover for her sixteenth birthday, for chrissakes. Just stop talking for a goddamn minute, will ya?

That’s enough now. That’s more than enough. Just when I think I am at the depths of my hatred for you, you do something like Jack and Jill. Does anyone over the age of 12 actually think this asshole is funny anymore? And if you do, do you eat paste?

Because it comes down to this: guy didn’t do anything about a kid being raped in his locker room showers except tell his boss and then look the other way. Penn State students, get a grip. You attend an institution that covered up child rape. But you were upset that the people who covered it up got fired. Where are your priorities? If you’re defending Joe Paterno, you are not a good person. If you turned over a news van because you were so angry that a guy who didn’t report child rape to the police got fired, you are a terrible person. And if you were one of the people planking during the protest, just go straight to hell and plank in Satan’s asshole.

Haha, Robert Pattinson was thrusting too hard. He’s a thruster. He was thrusting at Kristen Stewart. He really gets into sex. Haha, he’s so manly. Ugh. Whatever. Yeah, seize on that story in yet another misguided attempt to get me to believe Robert Pattinson likes girls. Or that Kristen Stewart likes boys. Still not buying either one of those stories, and the fervor with which they’re pushed every time one of these movies comes out is just insane. I cannot wait until these shitty Twilight movies are a thing of the past so these two can just go their separate ways, end their fake relationship and finally come out the closet and get some fresh air, already. Then Kristen Stewart can do something interesting and Hollywood can stop trying to convince us that Robert Pattinson is a leading man.

Parents who complained about Sasha Grey reading to children

You’re just unpleasant. Turn it off, for a change.

Seriously, making an Occupy Wall Street tee shirt so you can both exploit the people who are protesting against being exploited and turn a serious issue into a fashion statement is … What? Oh, he’s not selling the shirt anymore? Oh. Well, thanks for shutting up, Jay-Z. I appreciate that!

This one hurts the worst. It hurts when people whose talent you respect fly up their own assholes and say stupid, arrogant things. Okay, Frank, I get that you don’t understand Occupy Wall Street. But your idiotic, establishment-defending, weirdly racist rant about the people in the movement was just unforgivably dumb. I hate people who forget their own blue collar background, assault their own fanbase, tell kids they should join the Army when they themselves never served in wartime and blame all of America’s problems on al-Qaeda. And you did all of that in just a few hateful paragraphs. It’s ironic that your first truly great work, Batman: Year One, was about fighting endemic corruption and crime in politics, as you now seem to be firmly against people who want to do the same. I shudder to think what you’d have Batman doing in comics these days. Cracking on a few protesters, I guess. Or killing Muslims, which seems like a never ending source of self-entertainment in your work nowadays. You’re pathetic. Go fuck yourself.

And as Tiny Tim observed, go fuck yourselves, every one. 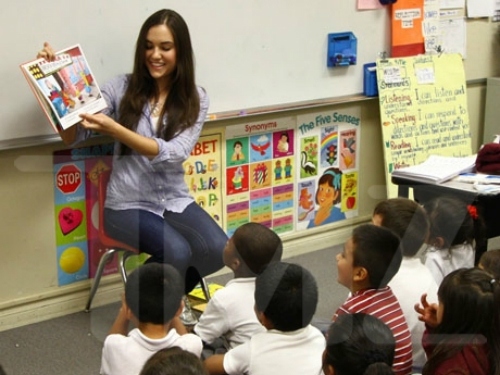