So of course sportscasters and DJs, beacons of unoriginality that they are, lazily pulled out the ol’ calculator and spent the next week trying to send sports fans into a lather over how overpaid Mr. Flacco now is. It’s the same story they do every time some star athlete signs a supersized contract.

Yes, we should be outraged, but not at Joe Flacco and A-Rod and LeBron and the other mega-rich superstars. We should be pissed at professional journalists and DJs phoning it in with the same old bullshit they always pull when some superstud athlete signs a record contract. Not only is it lazy journalism/entertainment, it’s unfair to the athlete.

That’s right, unfair. Because, if you look long-term, the superstars who ink these mega-deals deserve every penny they’re getting … in fact, they are probably even underpaid. First, let’s look at why they deserve the millions.

Take Flacco. The $20 million he’s going to make next year is not just for the 16-19 games the Ravens will play, a faulty premise put forth by the likes of national news anchor Diane Sawyer in another Pulitzer-worthy piece of “Let’s Break Down This Contract” journalism. He’s getting back pay for every weight he lifted over the past 20 years. For the thousands upon thousands of passes he’s thrown to make himself a Super Bowl-winning quarterback. (I’ll leave it up to the asshats to fight over the monumentally stupid “elite” question. Guy won a Super Bowl, something my hero, the elite of the elite Dan Marino, never did.)

Flacco is getting paid for all the time spent in meetings going back to his high school days. He’s being paid for enduring 20 years of beatings from steroid-sculpted, quarterback-killing machines. I’m sure your job is hard, you’re good at it and you’re underpaid. But I’m also guessing that part of your job does not entail performing with silverback madman James Harrison and his ilk up in your shit all day. He’s getting paid for all those Advil-fueled Mondays and Tuesdays.

Some of the twenty mil is for all the late-night fun he passed up so that he’d be rested and healthy enough to play college and pro football at a high level.

This doesn’t apply to just Joe Flacco. The same goes for Sidney Crosby and Albert Pujols and Tom Brady. Players like that just don’t happen. Yes, genetics play a huge role, but they work their entire lives to become the greats that they are. They deserve every cent of their contracts.

And how are they underpaid? Go back to Flacco. Every NFL team makes a huge profit, even shit ass disaster franchises like Cleveland and Detroit. Teams that consistently win and play January football make even more obscene profits, and the reason for that is players like Joe Flacco.

Delivering just one Super Bowl win is equivalent to installing a mini-mint in a team’s offices. Thousands of young Ravens fans will now be devoted Ravenatics for life thanks to the first five years of the Joe Flacco era, and winning creates superfans with super loyalty who are almost guaranteed to become lifelong super spenders. People will love the Ravens and throw money at them for decades now because of a stirring Super Bowl run led by deservedly rich Joe Flacco. He’s seeing just a fraction of the money he has generated and will generate for the Ravens for many years.

Here’s another example of how this works. A major Canadian newspaper recently ran an article detailing the 110 percent rise in youth hockey participation in the Pittsburgh area over the last five years. That’s tops among NHL cities. The areas coming at number two and three are Maryland and Virginia.

Hmmm …let’s see if we can figure out the connection between a ridiculous increase in hockey interest among kids and the teams that play in those areas? Why, I can think of two right away, and those would be Sidney Crosby and Alex Ovechkin.

Because of their superstardom and highlight-reel careers, the Washington Capitals and Pittsburgh Penguins will make money off of those two studs for years after they’ve retired because most of these kids will become lifelong fans of those two teams, fans who buy tickets, watch the games and deck themselves out in team merchandise.

And, alas, probably have to endure hearing some local DJ piss and moan about how much money the next Penguin or Capital superstar makes per goal. 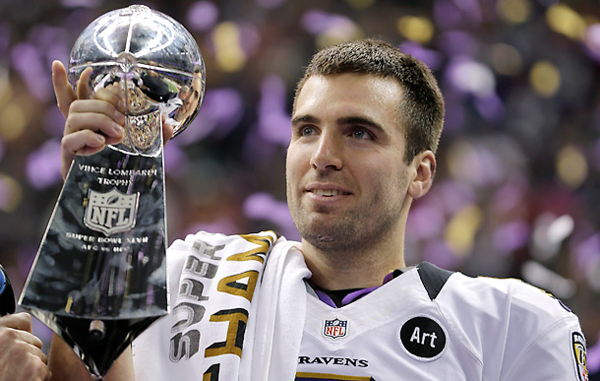 Hobo Radio 492 - People died in the 80s
Hobo Radio 467 - This podcast is a Tide ad
A Cinecle View - Freedom of Expression: The President is doing it wrong
Hobo Radio 287 - Crabtree!
Note to Self - Why your team won't win the Super Bowl 2012
Overrated - Post-game comments
Comments (1)