Being a handsome, charismatic star of a critically-acclaimed, award-winning television show, you might think that Jon Hamm has it all. But even dreamy superstars have problem. And for Hamm, that problem is clear – people just won’t stop talking about his gigantic member. Everyone is discussing how Hamm’s package looks in the form fitting clothes he’s wearing in the new season of Mad Men. There are even Tumblr accounts dedicated to Jon’s, um, ham. And, as he explained in a recent interview with Rolling Stone, he’d like all the talk about how large and impressive his junk is to stop immediately.

This week Joel Murphy and Lars discuss Hamm’s interview (and the bizarrely sexual cover photo Rolling Stone chose to run with it). They also discuss the red equality symbols that have been popping up on Facebook to support gay marriage, the returns of Game of Thrones and Doctor Who and the current slew of films depicting the White House under siege.

What can’t Jon Hamm catch a break? How is Game of Thrones like The Wire? What image should go through your head as you are listening to this week’s closing song? The answers to these questions and more are in this week’s podcast. 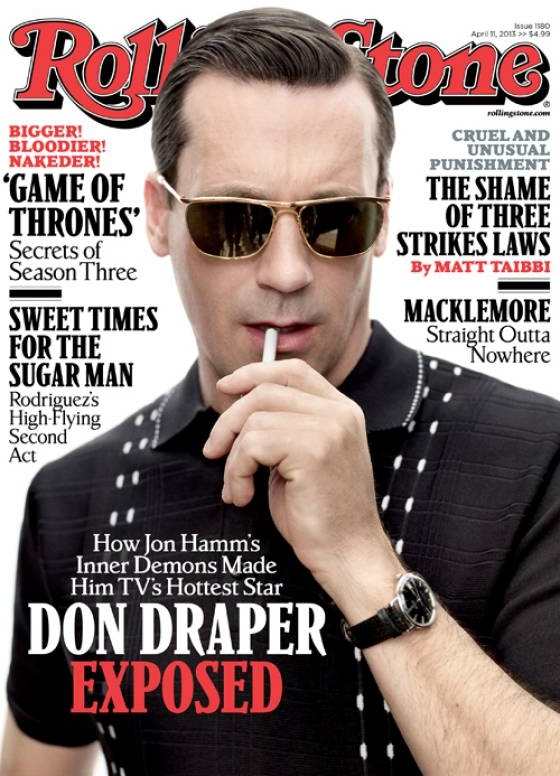