I’m an early to bed kind of guy. Always have been, since I was a toddler. I like to be up before the sun, so I’m usually yawning by 10 and falling asleep before 11. It’s just how I’m wired, I guess, but I like it that way.

So when it comes to any late night programming, I let my TiVo handle it and enjoy the show in the morning. Generally I’m not a fan of talk shows or any of that, but I do watch Saturday Night Live. Here’s how that experience annoyed the hell out of me this week.

For whatever reason, SNL started about 16 minutes late. I don’t know what ran over. Was it sports? It’s usually sports. I’m not a sports guy. I love exactly two teams in life: the Chicago Bears because Super Bowl XX was a defining pop culture/childhood moment in Chicago, and the Chicago Cubs because my grandfather loved the Cubs, and loving the Cubs makes me feel close to him. So I guess sports ran over and SNL started late.

How long has SNL been off the air, by the way? They were gone for that month everyone else was, to get out of the way of the Olympics. And it’s not like they do that many shows in the first place. Does SNL even go for three full weeks anymore? There was a while, how ever long ago, where they used to do three weeks and then take a week off, but this is always that period of the season when it’s two weeks in a row if you’re lucky.

I guess what I’m getting at is that Saturday Night Live was surprisingly terrible. This is a season that had been picking up steam, and the episode Jim Parsons hosted just ground it to a halt. What a wretched, unfunny episode. You could tell right in the beginning when that opening sketch wimped out. What a wasted opportunity. They had their only openly gay cast member playing Ellen DeGeneres, their openly gay host playing Johnny Weir and they were talking about the Olympics … and rather than do something cutting about Putin and his legalized homo panic — or even about his invasion of Ukraine — they just did a bunch of fashion jokes. Wow, cutting edge.

Anyway, let’s not linger on how awful the show was, despite having several weeks off to come up with material, because I assume all of Lorne Michaels’ February resources were spent producing a rushed, desperate Tonight Show and a mediocre Late Show, and SNL was mainly an afterthought. (I saw so few promos for the show during the week — the week regular programming started again on NBC — that I half-imagined someone waking up Wednesday morning and remembering, “Oh crap, we have to do a show this week! This lack of promos will become ironic momentarily.”)

What I actually want to talk about is how modern viewing options made it possible for me to drag out this shitty experience for far more time than it deserved.

So, to recap: SNL started late, so my TiVo didn’t catch the last two sketches. The networks don’t care if they screw over TiVo viewers, because we generally won’t sit still for commercials to pander to us. So after the TiVo cut off, I got onto my computer and went to Hulu. Now, I am a member of Hulu. I have a Hulu Plus account. And with older shows, it’s great, because you don’t have to sit through a bunch of commercials. But with newer shows, you do. You have to sit through at least as many commercials as you would if you watched it live on TV. And you can’t skip them. Hulu is a real bastard about that. Apparently being able to watch last night’s episode of an NBC show and have it subsidized by the cost of my subscription alone is an unrealistic expectation.

So I log on to Hulu, pick Saturday Night Live, and sit through a commercial. Then they ask me which commercial I actually want to watch. That’s it, give them the illusion of choice; make them feel complicit in their own torture to break them down so they go sign up for Capital One. So, after that commercial, it finally starts … the most recent episode of Late Night with Jimmy Fallon. No, I did not mean to say The Tonight Show. I meant The Late Show, the show Jimmy Fallon no longer hosts. That’s what started. Some stray click had sent me there. Okay, I’ll accept I made a mistake. I clicked on SNL again, and then sat through another commercial, and then picked another “commercial experience” that was “relevant” to me, and then SNL finally began.

I skipped ahead to the first sketch I had missed, because I needed some payoff for this time investment. Unfortunately, that payoff was a really bad sketch about an executive shitting himself. And then Hulu went to a commercial. Commercial 1 of 4. I had watched literally five minutes of the program, but hey, that’s the way programmers punish society for inventing the DVR. After the first commercial, though, I thought I had died and went to hell.

Oh, holy shit, are you? Are you really? Wow, I’ll be sure to watch that when it’s on, oh wait, I’ve been trying to watch this show for what seems like an entire week now. And Jim? The show sucks. It’s awful. It’s worse than I possibly could have imagined. It may be the worst episode this season, but I have to admit that my judgment may be a little affected by the fact that the entire process of taking a flight to India — including packing time, travel to the airport, inevitable weather delay, and getting felt up by the TSA — seems like a refreshingly hassle-free experience compared to the ordeal of watching television.

Bad enough having to sit through a promo for the show I’m actually watching right now and simply want to see the last four minutes of, but then a second promo started. And a third. And a fourth. And then I lost count. My wife swears it was something like six of them, but I think it was closer to six hundred. They were so long and tedious I thought Jim Parsons and Bobby Moynihan were doing some kind of postmodern anti-comedy bit to comment on how tedious the episode itself was. “Yo, dawg, I heard you hated this week’s SNL, so we jammed in another episode just before the end of this episode so you can hate while you episode and episode while you hate.” The only episode I was having was a severe tension headache, and it was relatively enjoyable compared to this endless promo reel. And could I skip it? No, of course not. Because I’m an asshole who deserves to be punished for daring to live in a world of recorded television with skippable commercials.

It was a nightmare. As each new promo started, I thought, well, I could just refresh the page … It would start this process over again, and I’d have to watch a commercial and then choose another commercial and watch those, but then I could skip past these promos and just watch the last sketch … But come on, this is surely the last one, right? Ah, it is. Another one? No … no …. please, no …

When the last sketch finally came, it was some lame claptrap about cowboys and a birthday and I just wish the elder gods would return and everyone would die screaming. Screw you, Lorne Michaels. Screw you, NBC.

I’m not sure how long it took me to watch the entire hour and four minutes of actual program content from this week’s Saturday Night Live, but I’m pretty sure the whole ordeal took me something like nine hours. Maybe I’m exaggerating. Maybe I just no longer have the ability to tell time. But it was an insane amount of commitment for something that pretends it’s a convenient alternative. Don’t pretend you’re doing me a favor by putting episodes online, NBC. It’s just another way to monetize your content. You got my money and my time. How about I bank some blood for you next time, too?

If you want to watch an episode of last night’s NBC show on Hulu, I highly recommend just illegally downloading it, instead.

See how that works, guys? 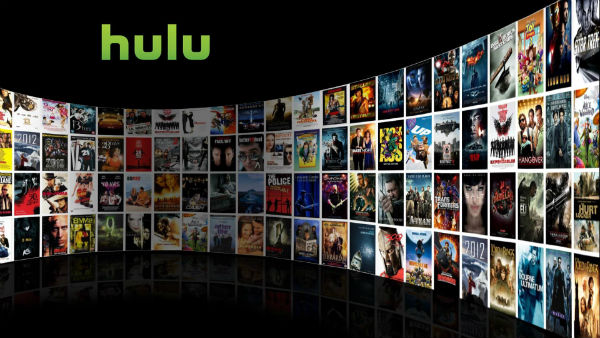