Raising kids these days is expensive. (Do you know those things eat like three times a day?) According to a study released last year from the U.S. Department of Agriculture, it costs an average of just over $240,000 over 18 years to raise a child. (And that’s not counting any efforts you may make to buy their love.)

But while spending over $200,000 over the course of 18 years seems steep (especially when you consider you can buy a street legal replica of the 1966 Batmobile for that price, which frankly will bring you much more joy and much less angst than a child), it’s not as bad as paying $200,000 A YEAR, which is what Halle Berry has agreed to pay in child support to her ex-boyfriend Gabriel Aubry. (She also has to pay $115,000 to him retroactively, $300,000 to his attorney and has to pay their daughter’s tuition, but in case you are thinking she got screwed over in the deal, they are splitting health care expenses.)

Now, we here at HoboTrashcan aren’t really in the story-breaking business (unless you want to hear exclusive stories about Ned Bitters’ pantsless trips to Denny’s or Lars Periwinkle’s balloon animal fetish), but we have exclusively obtained the court records that reveal an itemized list of exactly where that $16,000 a month is going:

A child-sized monocle and top hat.

Baby Einstein … not the DVDs, an actual genetic clone of Einstein.

Pain and suffering for the time Nahla accidentally watched Catwoman.

An iPhone to screen all the calls inviting her over for a playdate with Apple Paltrow.

Ponies. So many ponies. Like, a fuckload of ponies.

A private screening of all four minutes of screen time Halle Berry got in X-Men: Days of Future Past (complete with commentary from mom. “In this scene, I was trying to make sure I stood directly behind Patrick Stewart so they couldn’t cut me out of it.” “Ooh, I think that’s my elbow”).

A child-sized version of Berry’s burgundy Elie Saab dress, a minature Oscar statue made of chocolate and a painstakingly-recreated replica of the set of the 74th Annual Academy Awards built inside Nahla’s treehouse.

A treehouse that was made in one of the Ents from Lord of the Rings.

J.K. Rowling on call whenever Nahla needs a bedtime story.

Adding a CGI bathing suit to that topless scene from Swordfish.

And CGI puppies to replace that sex scene between Halle Berry and Billy Bob Thorton in Monster’s Ball.

A trust fund to cover all future therapy bills.

A few precious moments of face time with Quvenzhané Wallis.

A personal assistant to help daddy count all of the money.

A second personal assistant to help daddy build one of those Scrooge McDuck style money vaults that he can swim through.

Medical bills to pay for the broken bones and lacerations suffered by daddy when he jumped into the Scrooge McDuck style money vault because that shit does not work like it does in the cartoon.

A headshot signed and personalized by Halle Berry. Won in an eBay auction.

Seriously though, folks, as a general rule I try to keep you all from learning anything from these columns, but if I can just get one message across here: buy a big ol’ box of condoms and save your money for a Batmobile. 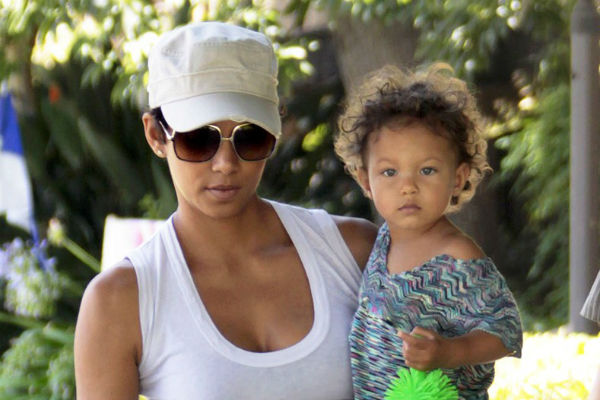