As I mentioned on last week’s podcast, I’ve made my peace with America’s insatiable lust for films where alien robots turn into vehicles. I count on television, not movies, to be a mecca for quality entertainment these days, so I’m fine if the “cinema” is flooded with countless Transformer remakes. It’s not really my thing, but clearly all of you have a need to watch robots fight regardless of the quality of said robot fighting films, so have at it.

But while I love all of you unconditionally and am judgement-free on your robo-car fetish, there is one aspect of this Transformers phenomenon I can’t quite wrap my brain around. And that’s this: why are the films so terrible?

I get that they don’t have to be good. I’m cynical enough to realize that quality is secondary to product placements and excuses to blow things up. But still, after making hundreds of millions of dollars for the studio every time he makes one of these monstrosities, I have to believe that Michael Bay has carte blanche to do whatever he wants with the franchise. So why isn’t he making better films?

Christopher Nolan elevated what a summer blockbuster could be with the Dark Knight trilogy. He grounded Batman (a character that I love, but even I admit that grounding a billionaire vigilante crime fighter with an arsenal of cool gadgets is no easy feat) and put him in something approaching a realistic world (or, at the very least, “realistic” for a comic book movie). The scripts were smart and engaging and took the audience on an emotional journey. And they were wildly successful.

Now, I’m not crazy. I don’t expect Michael Bay to do the same thing. Nothing in his resume suggests that Bay has the ability or desire to make anything approaching The Dark Knight. But he is entirely capable of making an entertaining and satisfying film. I know this because he made one of my favorite popcorn movies of all time – Bad Boys II.

Bad Boys II is not a great movie. It will never make the American Film Institute’s top 100 films of all time. But it is Michael Bay at his best. It’s filled with great action, genuinely funny (though granted, lowest common denominator) comedy and beautiful set pieces. The action scenes are great and the rest of it is fun. The actors have good chemistry and, even though the plot is ludicrous, there’s emotional weight to it. It’s ultimately about friendship and loyalty, even though it’s filled with dead bodies getting run over, a man getting shot in the ass and a white supremacist getting kidnapped and thrown in a trunk by our heroes.

So why can’t Bay make something approaching Bad Boys II with this Transformer franchise? What is holding him back?

Like I said, it can’t be the studio. After four films that have made truckloads of money, Bay has enough capital to do what he pleases. They are going to stay hands off, as long as he keeps producing the Benjamins.

And I have to imagine he knows these films are bad. He has eyes. He must read the scripts and watch the dailies. I can’t imagine making a nearly three hour film about fighting robots that makes no sense and is as fun as a trip to the dentist can’t be creatively satisfying, even if you are paid more than the gross national product of New Zealand to make it.

Which leads me with only one logical conclusion – that this is all a sociological experiment by Bay. He’s trolling all of you. You are being Punk’d. Much like Rachel Phelps in Major League, he’s tanking these films on purpose just to see if you’ll still go see them. And you are playing right into his hand.

Transformers: Age of Extinction currently has a 17 percent approval rating on Rotten Tomatoes. And it’s currently the highest grossing film of the summer. Imagine how much it could make if Michael Bay actually cared?

Maybe I’m wrong. Maybe he’s just gone full Eddie Murphy and has lost the ability to tell good writing from bad at this point. You all better hope that’s the case. Because if I’m right, I have to imagine the next Transformers film will be six hours long and will feature one three second shot of Optimus Primal that will be prominently featured in all of the trailers in order to get you all in the theater.

In your hearts, you know I’m right. Your new master is an evil genius. And you are all powerless to O-Bay. 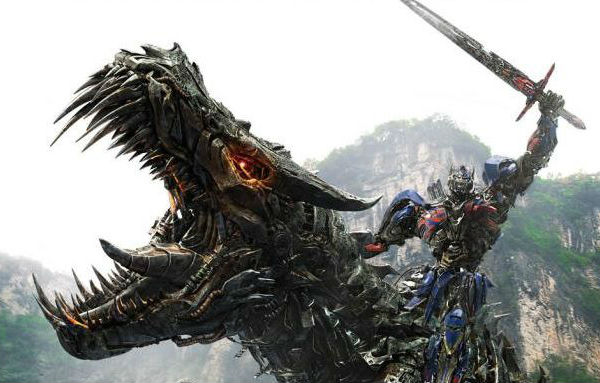